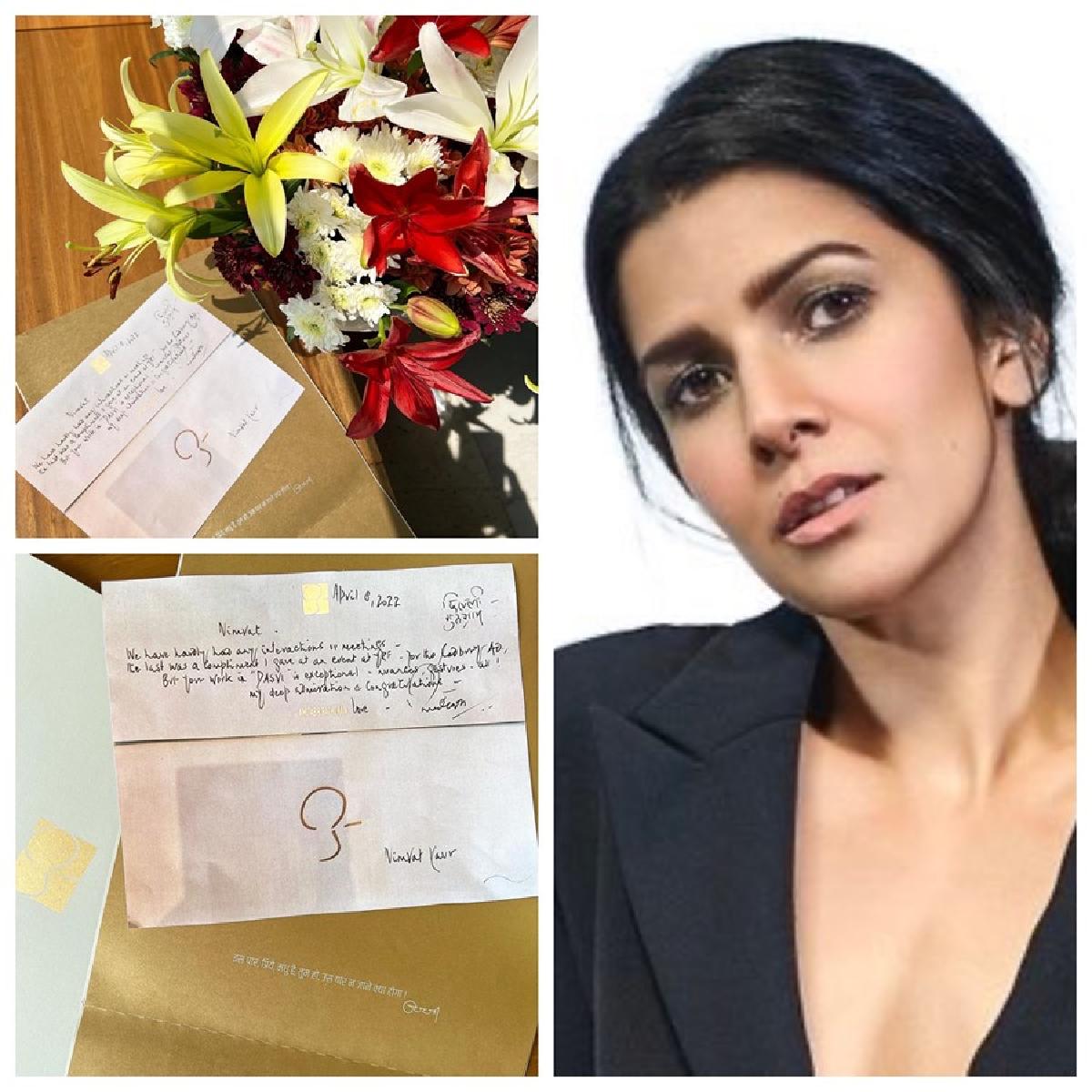 Actress Nimrat Kaur starrer Dasvi won praises from Amitabh Bachchan, the young actress pens a heartfelt note and expressing her excitement for such an incredible achievement.

Sharing a picture of note handwritten by Amitabh Bachchan and bouquet, Niramt Kaur wrote, “18 years ago when I set foot in Mumbai city, to imagine that Mr. Amitabh Bachchan would know me by my name, recall us meeting and him appreciating me in a television commercial and years later send a note and flowers for something I attempted in a film - all would’ve been but a distant dream, perhaps someone else’s for me, not even my own”

Social Comedy helmed written by Ritesh Shah and directed by newcomer Tushar Jalota, is produced by Dinesh Vijan under his banner Maddock Films in collaboration with Jio Studios and Bake My Cake Films.

The film also stars Abhishek Bachchan and Yami Gautam. The film is premiered on Netflix and JioCinema on 7 April 2022.