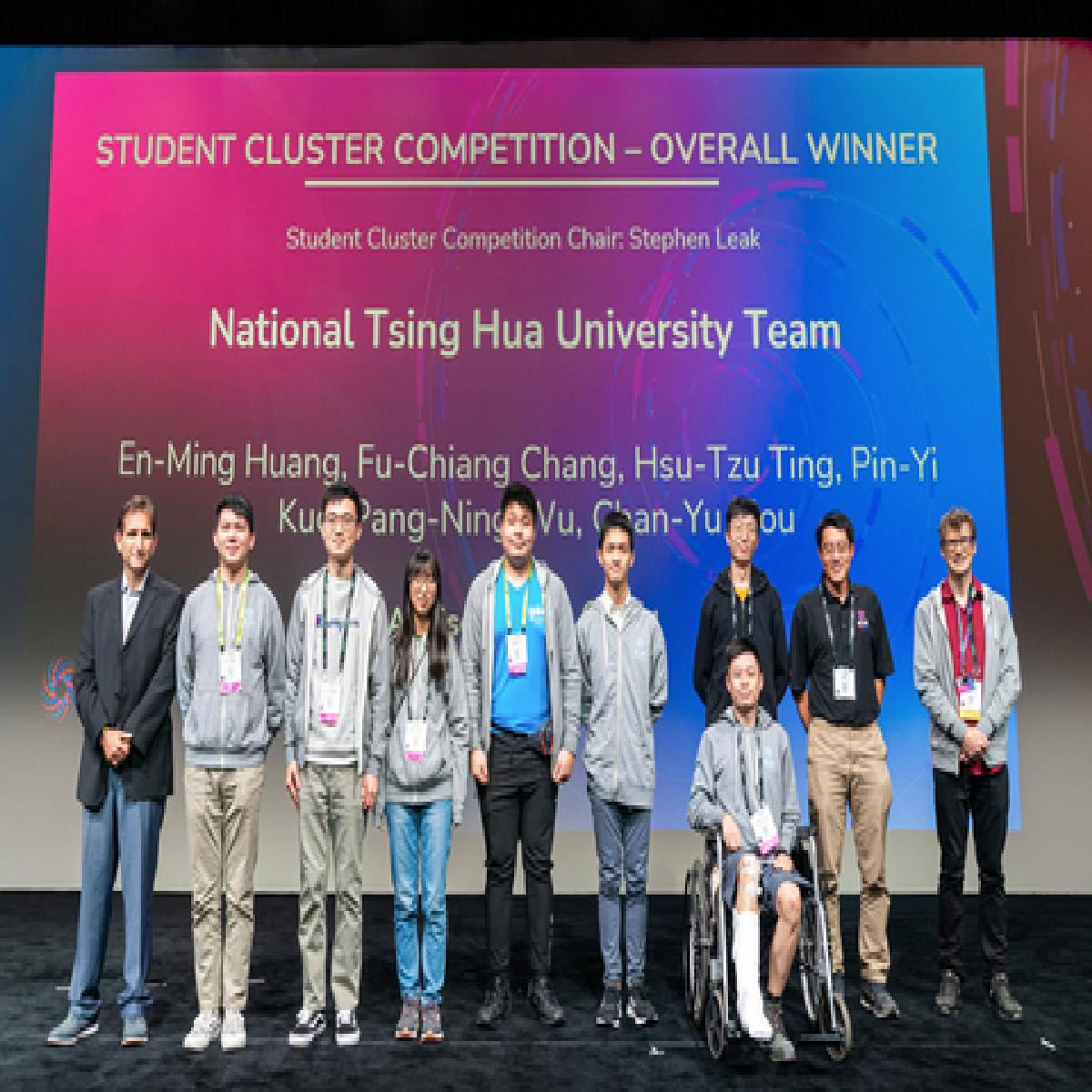 A student team from the Department of Computer Science at National Tsing Hua University (NTHU) in Taiwan has recently won the championship at the World Supercomputer Student Cluster Competition (SCC) held in Dallas, USA. This was the fifth championship won by an NTHU team at the two largest supercomputer competitions in recent years.

The SCC gives college students a chance to test their skills in three areas: the integration of software and hardware, program performance, and cross-disciplinary knowledge. Since the competition lasts for 56 hours without interruption, it also poses a significant challenge to the participants' stamina and ability to work under stress. When the results were announced, Chou and his team broke out into a robust cheer.

Chou said that he has been leading the team for ten years, and that this year they ran into a lot of mishaps. The team captain, Mou Chan-yu, broke his leg in a traffic accident a week before the competition, and almost had to drop out. What’s more, a few hours before the competition began, they discovered that some of their computer equipment got damaged during shipment, but they managed to overcome the problem by adjusting the computer configuration and their competition strategy. In the end, the team rose to the occasion, and came through with flying colors.

While undergoing an operation, team captain Mou had to temporarily hand over the job of building the system to Kuo Pin-yi. Fortunately, the doctor gave him the go-ahead to participate in the competition with the aid of a wheelchair. Despite considerable pain, he managed to lead the team in every way during the 3-day competition, including their efforts to find the solution to the Mystery Application.

The areas tested in this year’s competition were material fracture analysis, fluid dynamics simulation, and earthquake dynamics, all of which require a strong knowledge of these various fields. Ting Hsu-tzu was in charge of the fluid dynamics simulation, and she spent a lot of time familiarizing herself with scholarship in the field while preparing for the competition. Chang Fu-chiang and Huang En-ming shouldered the heavy responsibility of coordinating the team and verifying the results.

Chou thanked the National Center for High-performance Computing for providing funding and training, and Quanta Cloud Technology for contributing essential equipment and travel expenses over the past ten years. The team also thanked NTHU for providing space, equipment, and, most importantly, an interdisciplinary learning environment.