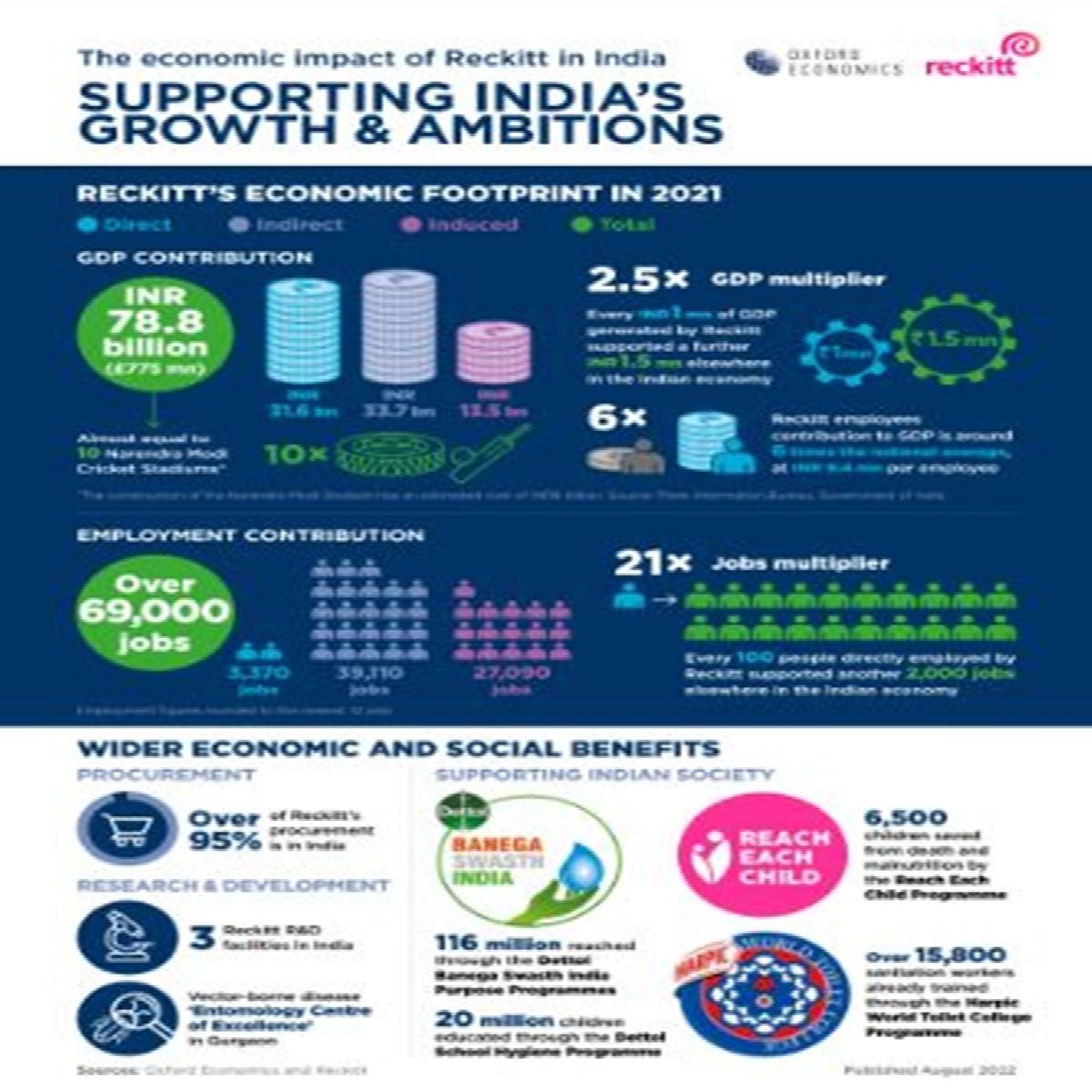 Other report highlights include:

“Our research demonstrates the significant contribution that a large and successful global company like Reckitt can make to the Indian economy; supporting employment opportunities, improving public health, and advancing social development across the country,” said Adrian Cooper, CEO of Oxford Economics. “Reckitt has also invested in improving community access to the highest quality hygiene, wellness and nourishment among the local population.”

The report highlights Reckitt’s contribution to wider social development in India, including its Research and Development (R&D) initiatives, upskilling its workforce and promoting gender inclusion, and supporting local communities to lead healthier and more hygienic lives.

Laxman Narasimhan, CEO of Reckitt, commented: “We’re extremely proud of our strong roots in India and the world-leading R&D and IT facilities we’ve established here. India is a great source of talent for our business and the local supply chain is key to our success. In line with the Government’s ‘Make in India’ campaign, 95% of Reckitt’s local procurement is with Indian suppliers.”

Reckitt partners with the Government of India, non-governmental organizations (NGOs), industry associations and other organisations to tackle societal challenges. Its key social impact programmes in India include:

[1] This is measured as the average gross valued added contribution to GDP produced by each Reckitt employee.

[3] The total GDP impact is 2.5 times the direct GDP impact alone. In other words, for every INR1 million GDP that Reckitt itself generated in 2021, its expenditure on inputs and wages stimulates a further INR1.5 million of GDP across the country.

[4] Reckitt India’s employment multiplier in 2021 is 21, meaning every 100 jobs in Reckitt supported 2,000 jobs in other parts of the Indian economy.