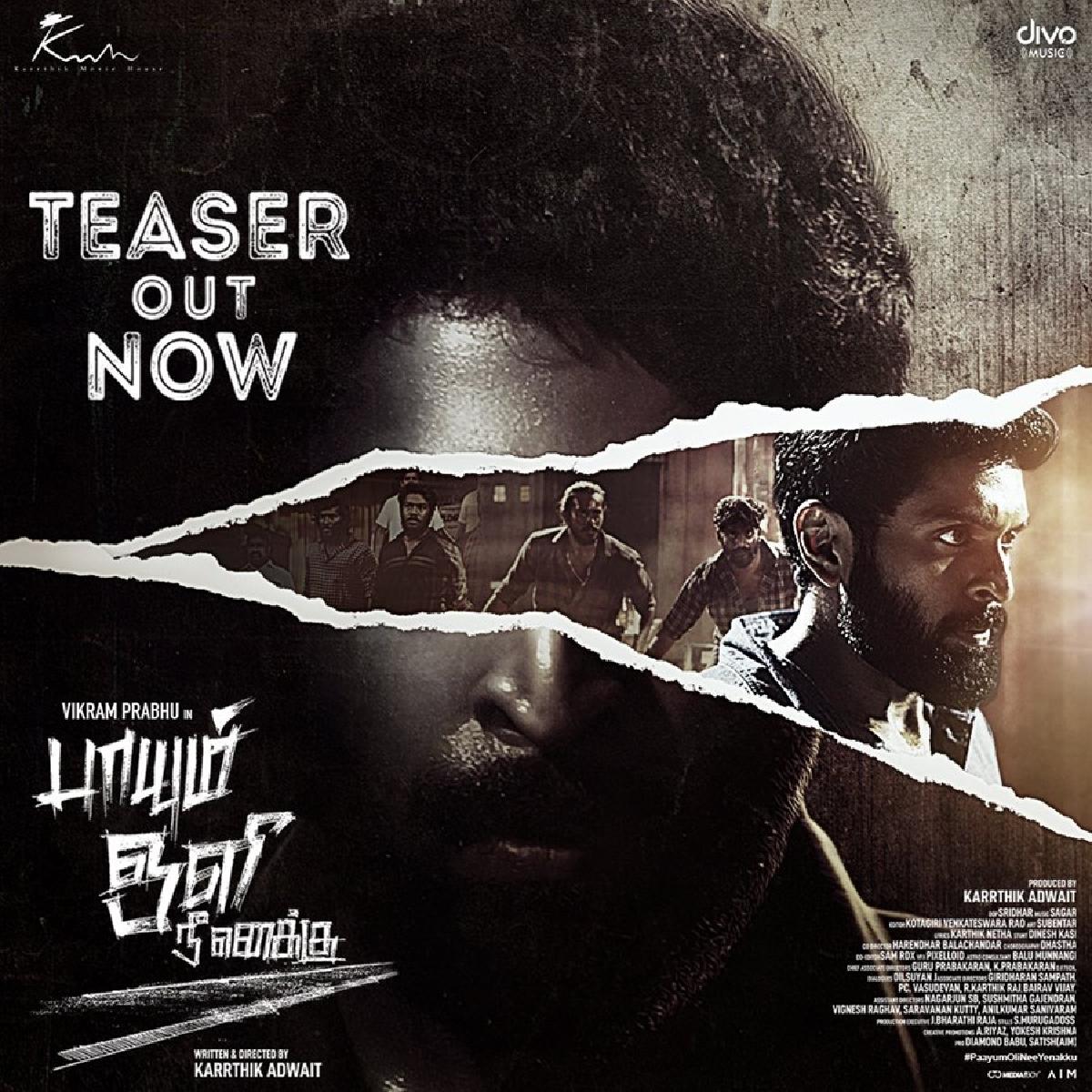 Fresh from the success of 'Vaanam Kottattum, actor Vikram Prabhu’s next titled Paayum Oli Nee Yenakku, the teaser for the same is out.

Vikram is collaborating with debutante director Karthik Chowdary for the intense action thriller, which also stars Dhananjaya, Vani Bhojan and Vivek Prasanna. The film is written, directed and produced by Karrthik Adwait.

The music is composed by debutant Mahati Swara Sagar, the son of popular music director Mani Sharma. The technical crew consists of cinematography by Suresh Bhargav who had assisted Balu Mahendra and editing by National award winner Kotagiri Venkateswara Rao.