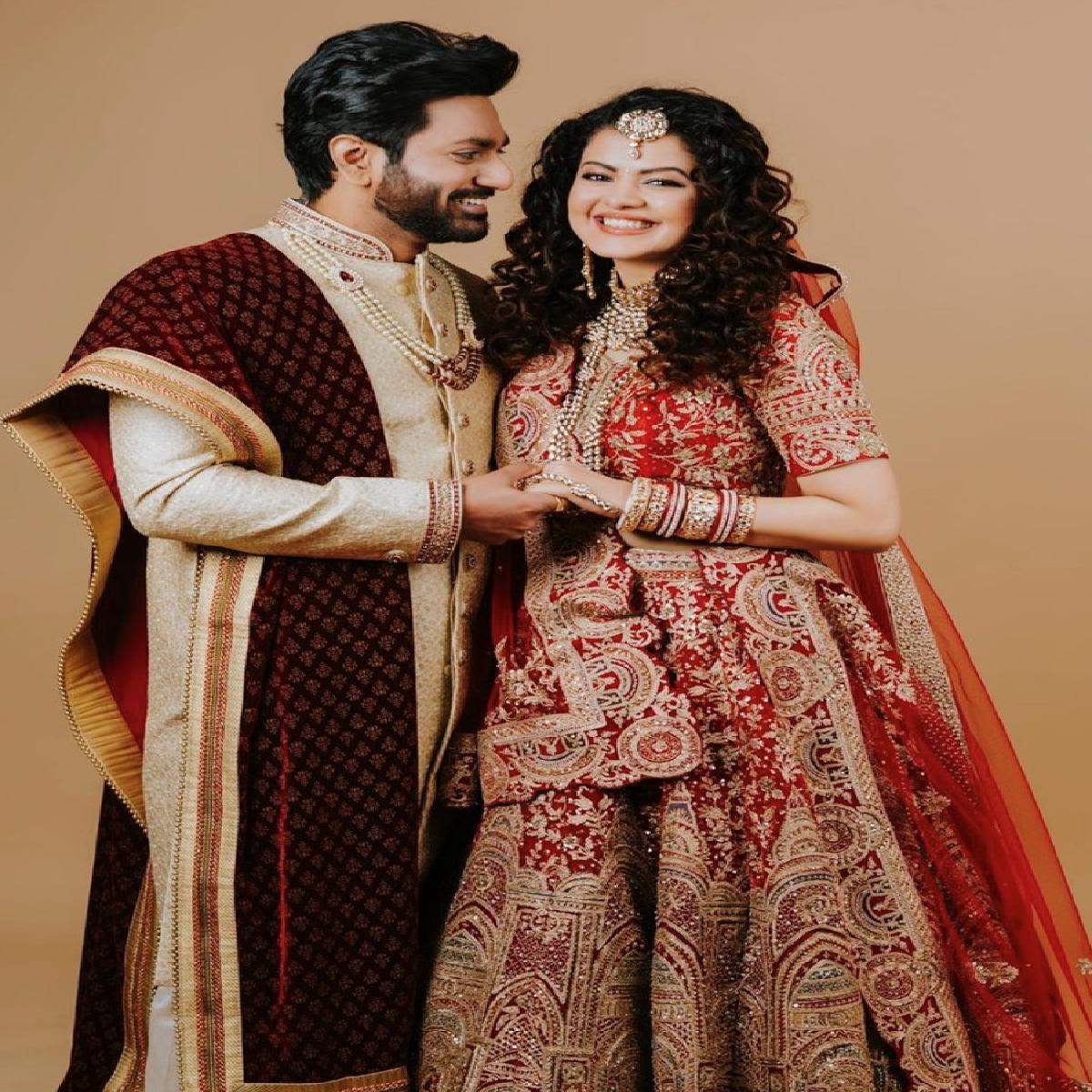 Singer Palak Muchhal tied the knot with her long-time boyfriend composer Mithoon Sharma on Sunday in an intimate ceremony attended by their close family members held in Mumbai.

In the wedding pictures, Mithoon and Palak Muchhal looked stunning together. Groom could be seen donning a fantastic ensemble of a maroon pagadi and shawl with his golden sherwani.

On the other side, Palak appears elegant in a crimson lehenga with heavy embroidery and a chuda. The couple dated for a while before getting hitched.

Palak is a well-known vocalist in Bollywood, she has delivered well-known tracks like Chaahun Mein Ya Naa, Dhoka Dhadi, Photocopy, Prem Ratan Dhan Payo, and others.

Mithoon has composed by the music for Salaam Venky, which is helmed by Revathi, the film is produced by Suraj Singh and Shraddha Agrawal, starring Kajol in the lead role, the film is cantered around a true story of a woman and the challenges she faces in life