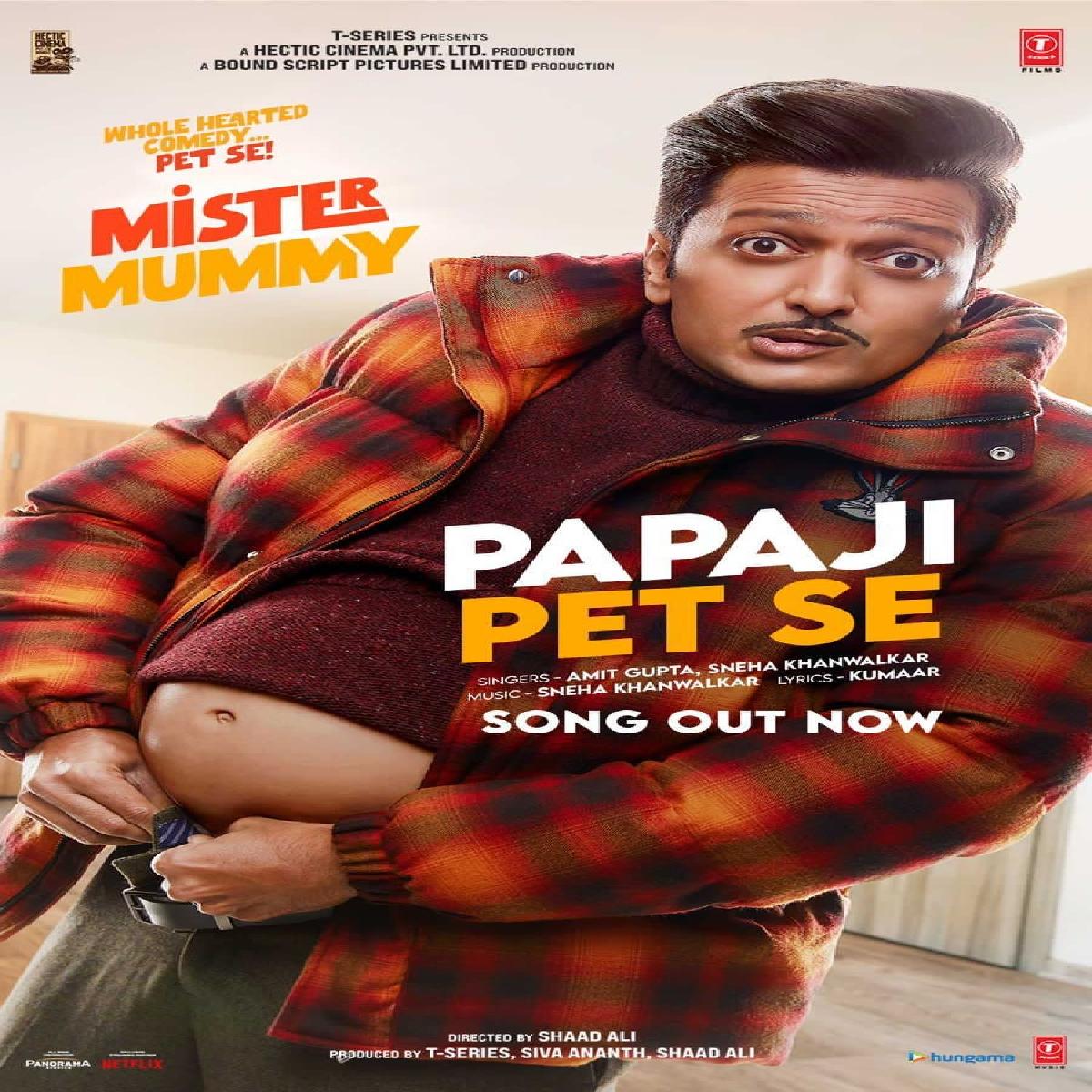 After winning hearts with the first song 'Chupke Chupke,' the makers of Ritesh Deshmukh and Genelia Deshmukh starrer 'Mister Mummy' releases its second song titled 'Papaji Pet Se.' This fun and lively song is composed by Sneha Khanwalka, while the vocals are given by Amit Gupta and Sneha Khanwalkar.

The amusing track adds to the quirky concept of the story. Ritesh Deshmukh's performance throughout the song is priceless and is hard to miss. If the song itself is such an entertainer, we for sure can't wait to see what the film has in store for us.

Directed by Shaad Ali, the film is produced by T-Series, Siva Ananth and Shaad Ali and released nationwide on 18th November 2022.