Pathala Pathala From Vikram Will Be Out TODAY! 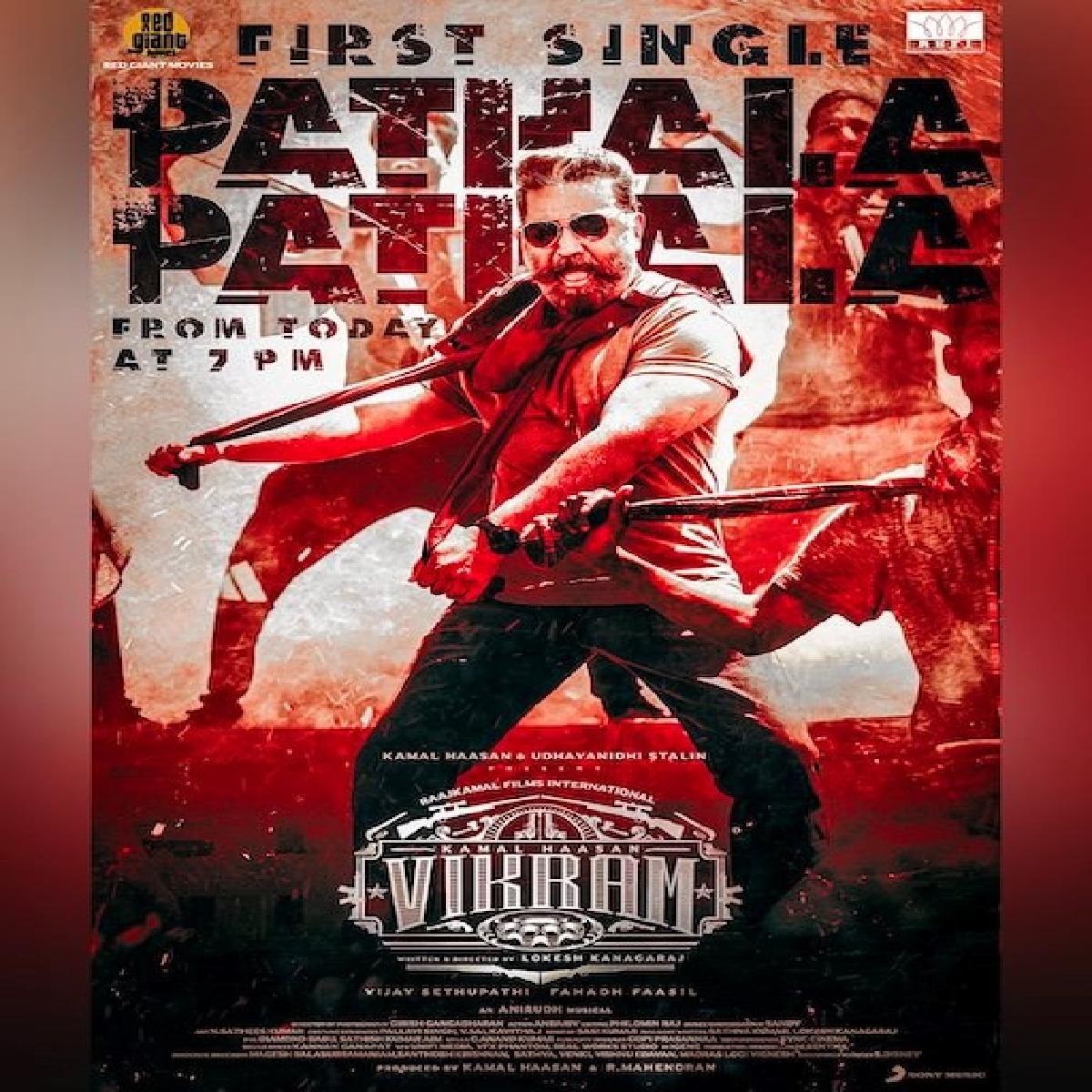 Forthcoming action thriller is written and directed by Lokesh Kanagaraj and produced by Raaj Kamal Films International. The film features an ensemble cast with Kamal Haasan, Fahadh Faasil and Vijay Sethupathi in the lead roles along with Kalidas Jayaram, Narain, Antony Varghese and Arjun Das in supporting roles.

The soundtrack and film score is composed by Anirudh Ravichander, with cinematography handled by Girish Gangadharan and editing done by Philomin Raj.

Despite being a namesake of a 1986 film that also starred Haasan, the two films are otherwise unrelated. However, Vikram's prologue that released in 2020 featured a remixed version of the theme song from the former film. The film is now scheduled to be released on 3 June 2022.