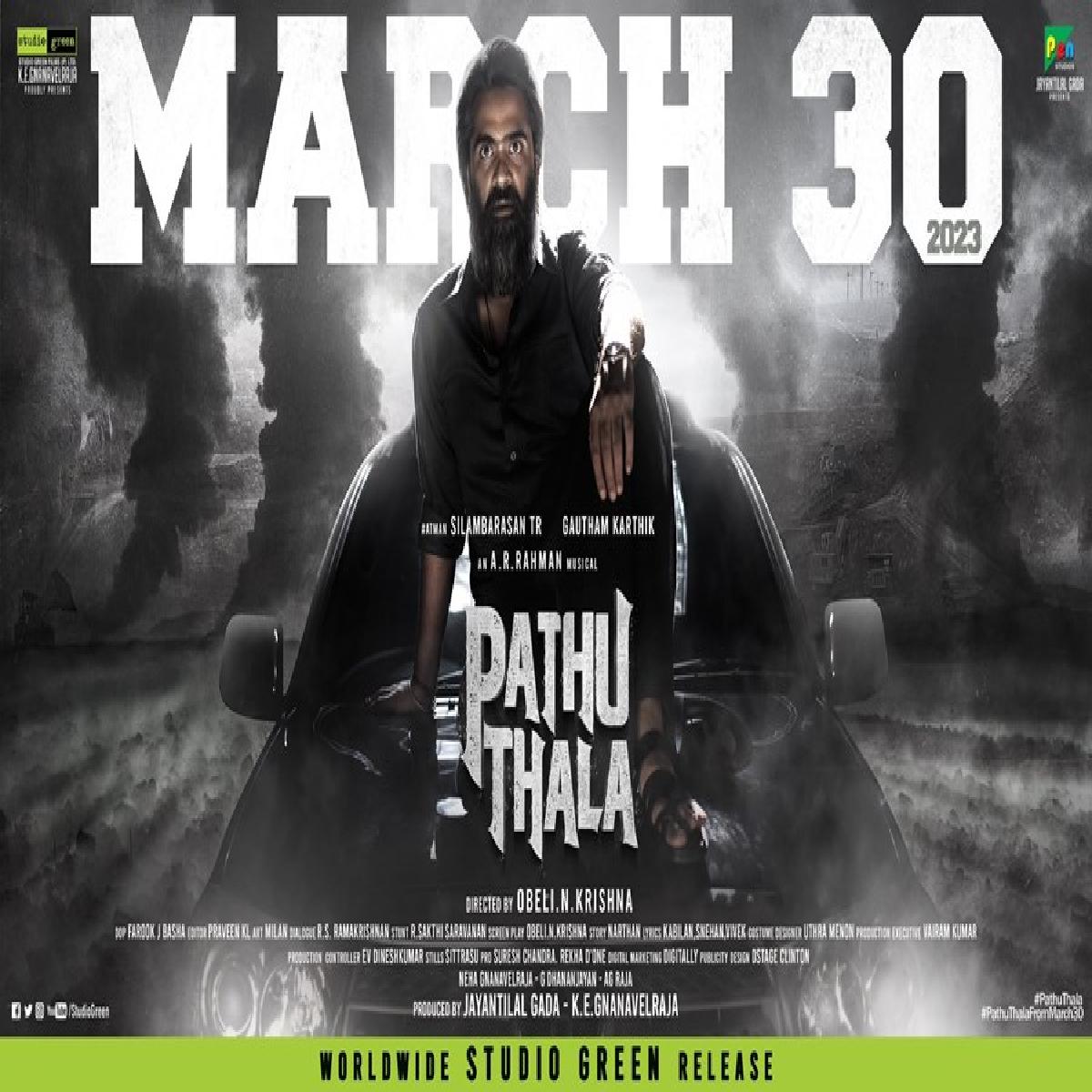 Simbu is seen sporting a dense beard. He is sitting on the bonnet of a car striking a menacing pose in the new still. The gangster film will be Simbu’s first release in 2023, and is scheduled to release on March 30.

Pathu Thala is directed by Obeli N Krishna, actor Simbu went through an immense body transformation ahead of the film’s shoot.

The film also starts Gautham Karthik, Priya Bhavani Shankar, Kalaiyarasan, and Joe Mallori in pivotal roles. AR Rahman is composing the music for the film, which marks the fifth collaboration between the music legend and Simbu.

Simbu was last seen in the political thriller Maanaadu which was helmed by director Venkat Prabhu.