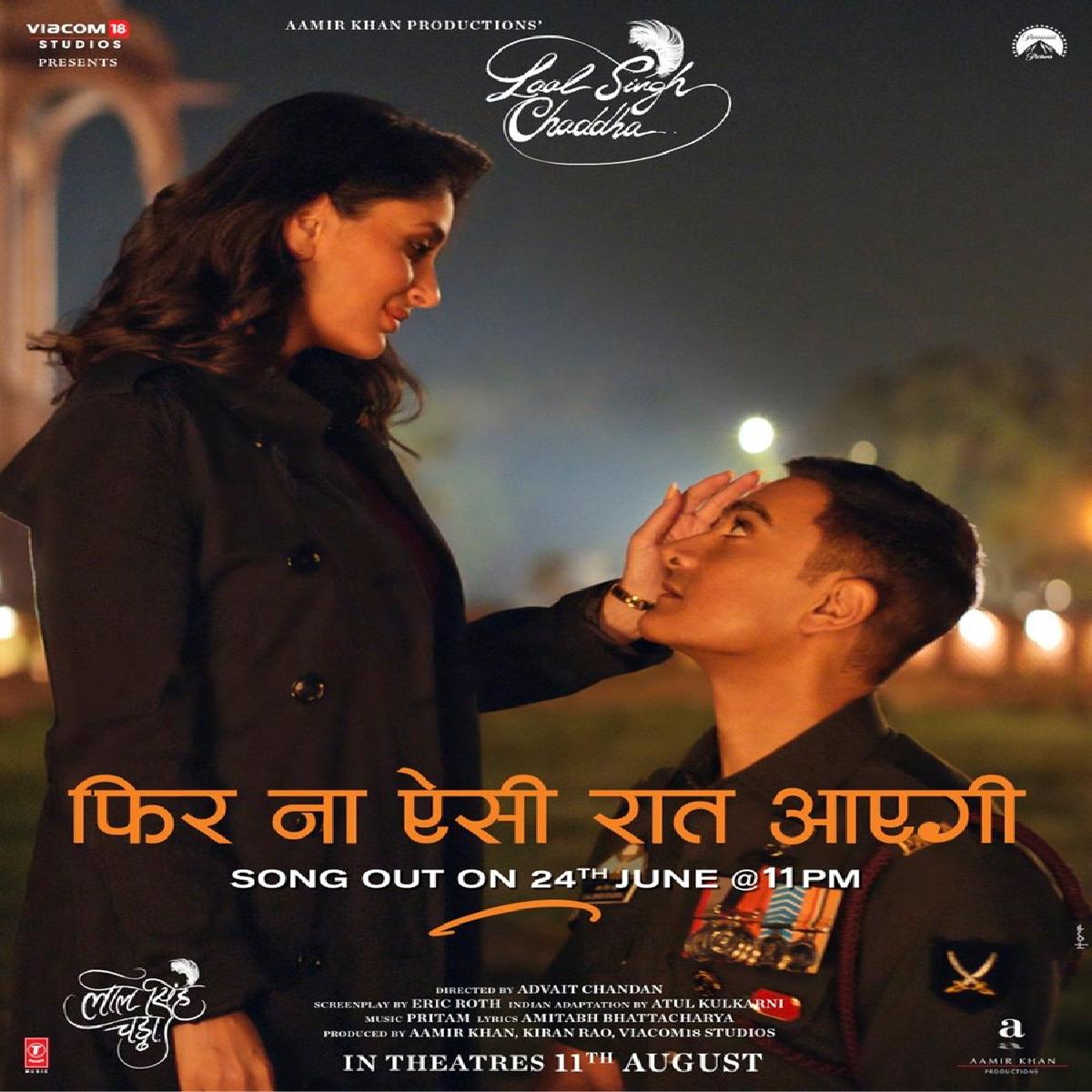 Sharing the first look poster for the song, the official handle of Aamir Khan Productions wrote, “Any guesses on the singer?? #PhirNaAisiRaatAayegi #LaalSinghChaddha”

In the first look, Aamir Khan dressed a decorated army officer is taking a knee and Kareena Kapoor Khan is standing Infront of him, putting her hand lovingly on his forehead. It looks like a proposal.

The song will be out on the 24th June and we’re certain that it will be yet another hit single.

Laal Singh Chaddha is an official remake of Forrest Gump, it is helmed by Advait Chandan from a screenplay written by Eric Roth and adapted by Atul Kulkarni. The film is produced by Aamir Khan Productions, Viacom18 Studios and Paramount Pictures. The film also stars Naga Chaitanya (in his Hindi film debut) and Mona Singh.