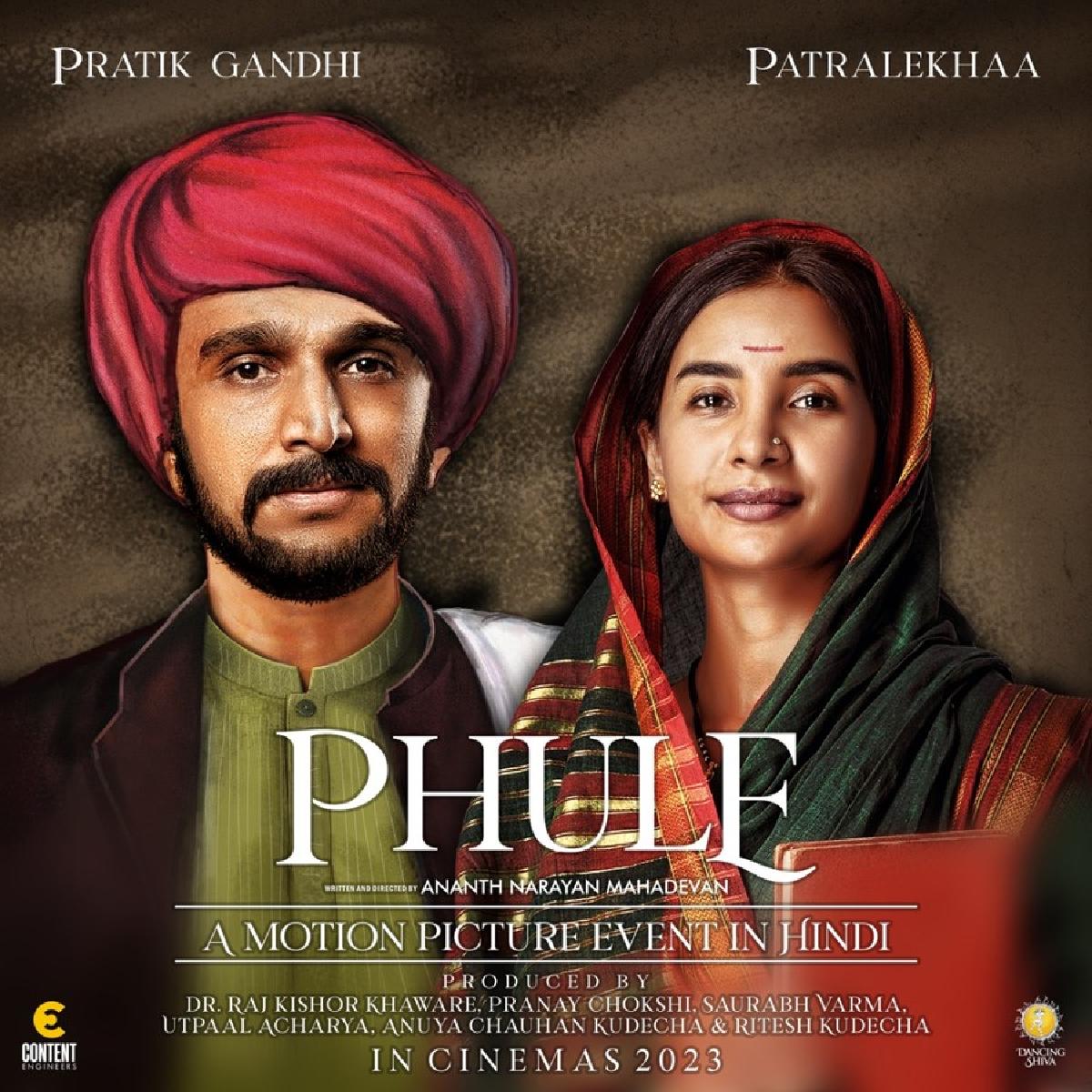 The first look poster for Phule, starring Patralekhaa and Pratik Gandhi is out.

Marking the 195th birth anniversary of Jyotiba Phule, the makers of the upcoming biopic ‘Phule’ based on the lives of Mahatama Jyotirao Govindrao Phule and Savitribai Phule, revealed the first look of the film.

Sharing the first look poster Pratik Gandhi wrote, “Honoured to take Mahatma Phule’s legacy to the world as an actor along with @patralekhaa in #Phule. On the occasion of the 195th birth anniversary of Jyotiba Phule, unveiling the first look of ‘Phule’, the Hindi biopic, directed by @ananthmahadevanofficial produced by Content Engineers & Dancing Shiva Productions”

Pratik and Patralekhaa will be essaying the roles of reformers and social activists Mahatma Jyotirao Govindrao Phule and his wife Savitribai Phule, respectively.

Helmed by National Award-winning director Ananth Narayan Mahadevan, Phule’ will be a take on the lives of Mahatma Jyotiba Phule and his wife Savitri Phule whose vision and approach were way ahead of their time.