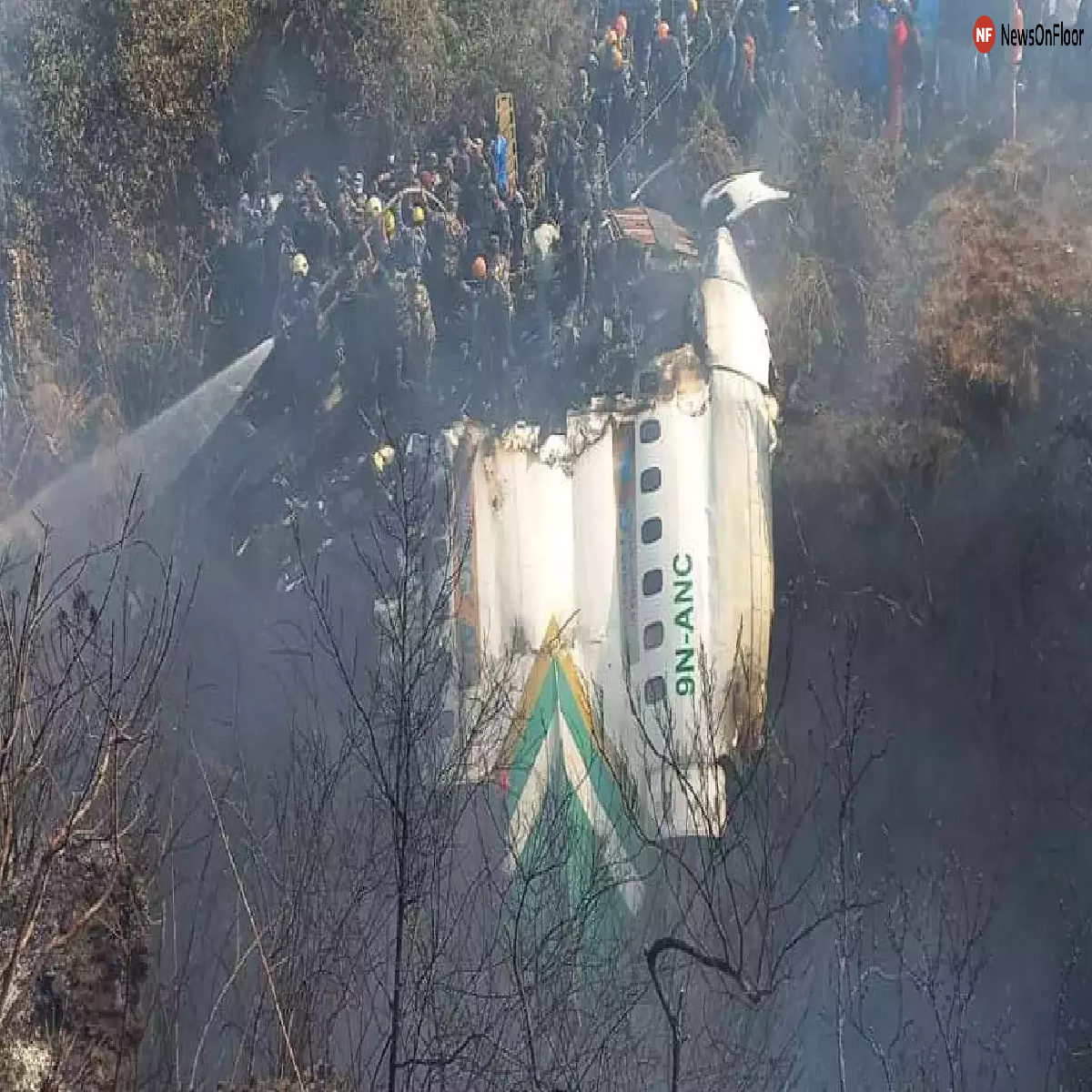 The Sunday morning dated 15th January 2023 has been recorded as another black day in the Nepal’s history with an airplane crash took place a few moments before landing and resulted in the death of 72 passengers including 53 passengers and 4 Crew members from Nepal, 4 Indians, 4 Russians, 2 from Korea and one passenger from Australia, Argentina, France, and Ireland.

The aircraft named ATR72 had been flying from the capital of Kathmandu to Pokhara - the second-most populous city and a gateway to the Himalayas. The distance of approx 80 miles west of Kathmandu become the deadliest journey took 72 people to death.

The accident took place a few minutes before the landing. 5 Indian passengers along with 4 Pilot and Crew Members were in the plane are also found dead.

On Sunday Morning, the plane of Yeti Airlines was flying from the capital city of Nepal to the tourism capital Pokhra with total 72 passengers. It was a Double engine’s airplane –ATR 72 – crashed by hitting the mountain and turned into a fire ball.

No one rescued alive in the plane. It is the worst accident – the disasterous one in the 30 years history.  It was the worst one after the plane crash that took place in 1992 and resulted in death of 172 people.

A video clip on social media also appeared to show to moments before aircraft crashed. It was one of the worst days in history of Nepal. A 5-member committee has been formed to investigate the issues.