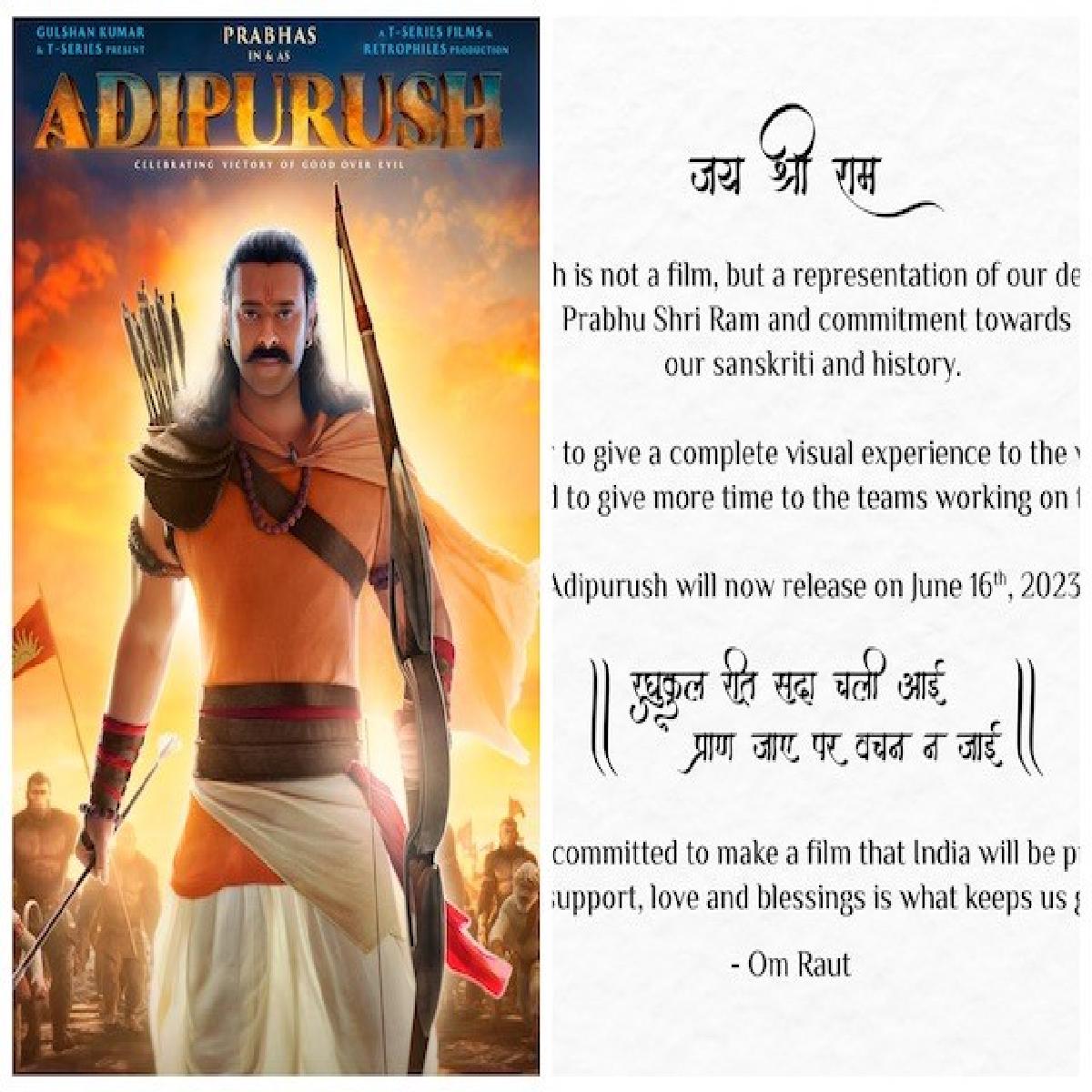 The note read, “Adipurush is not a film, but a representation of our devotion to Prabhu Shri Ram and commitment towards our sanskriti and history. In order to give a complete visual experience to the viewers, we need to give more time to the teams working on the film. Adipurush will now release on June 16th, 2023. We are committed to make a film that India will be proud of. Your support, love and blessings is what keeps us going."

'Adipurush' the mega Indian film produced by T Series and Retrophiles, directed by Om Raut is a visual extravaganza which was slated to release on January 12, 2023. Now it will hit the theatres on June 16, 2023.

The film is based on the Indian Epic Ramayana. Prabhas plays Lord Ram while Saif stars as the antagonist Lankesh in the movie. The film has been mired in controversy ever since its teaser was unveiled.