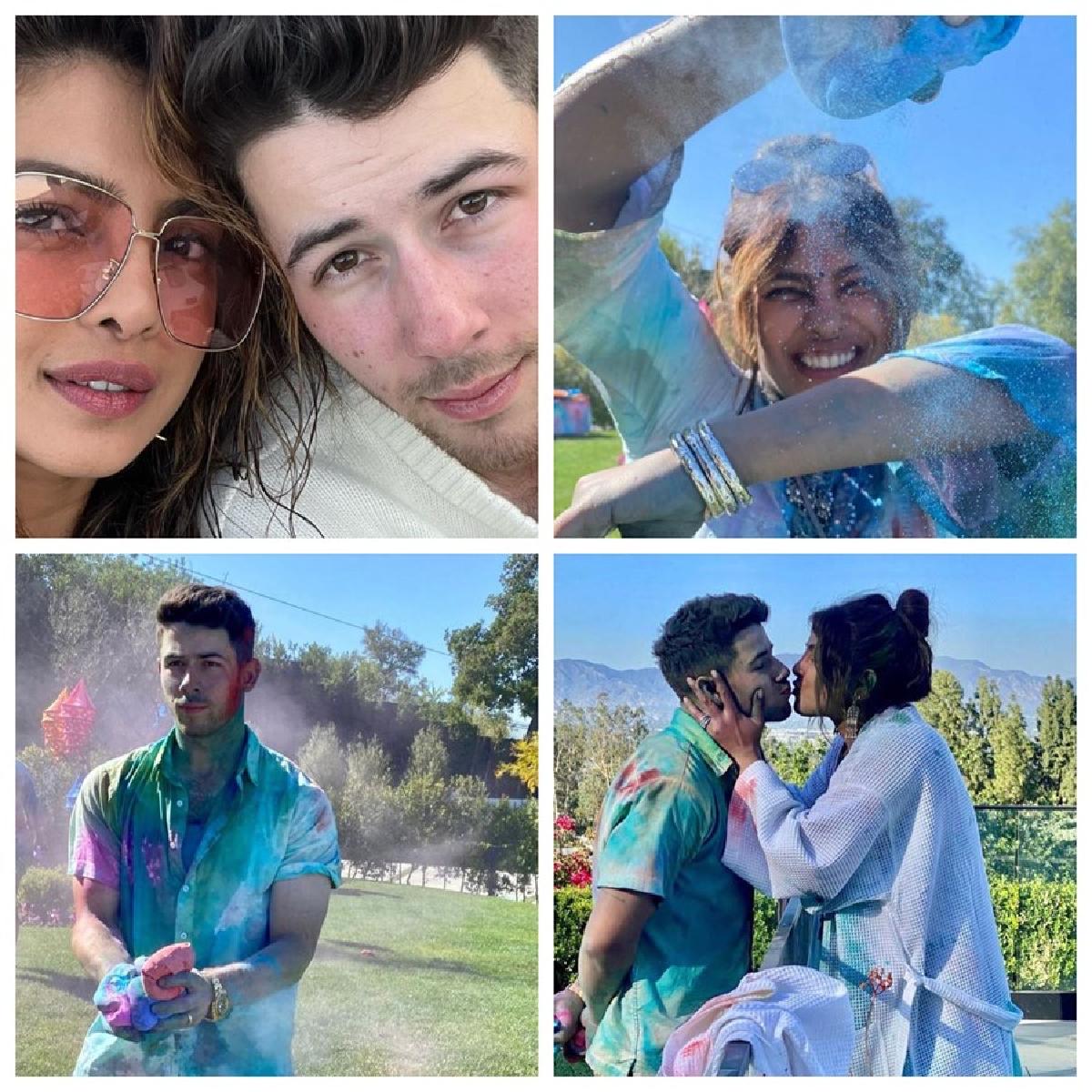 Priyanka and her husband-singer Nick Jonas had welcomed their first child together via surrogacy earlier this year. Sharing the pictures and videos on her social media from the celebration, Peecee captioned her post, “To be able to find some joy at a time when the world feels so scary is such a blessing. Happy holi everyone. Thank you to our friends and family for playing holi like desi’s do! Feeling blessed. #photodump #happyholi #goodoverevil #festivalofcolours”

Sharing some more pictures from the celebration with Nick Jonas,  she wrote, “Do me a favor.. let’s play holi. Sorry. Had to! #holihai”

On the work front, Chopra was last seen as Sati in The Matrix Resurrections. Next, she will soon be seen in romantic drama Text for You opposite Sam Heughan and Celine Dion.

She will next star alongside Richard Madden in Amazon Prime Video's thriller series Citadel, and as the spiritual guru Ma Anand Sheela in Barry Levinson's Sheela, a film she will produce for Amazon Studios.

She is also set to star in Farhan Akhtar's directorial Jee Le Zaraa alongside Katrina Kaif and Alia Bhatt, which is set to release in 2023.

As a producer, she signed multimillion-dollar first-look tv deal with Amazon Prime Video and also partners with ViacomCBS to back content by first time BIPOC filmmakers and women directors.