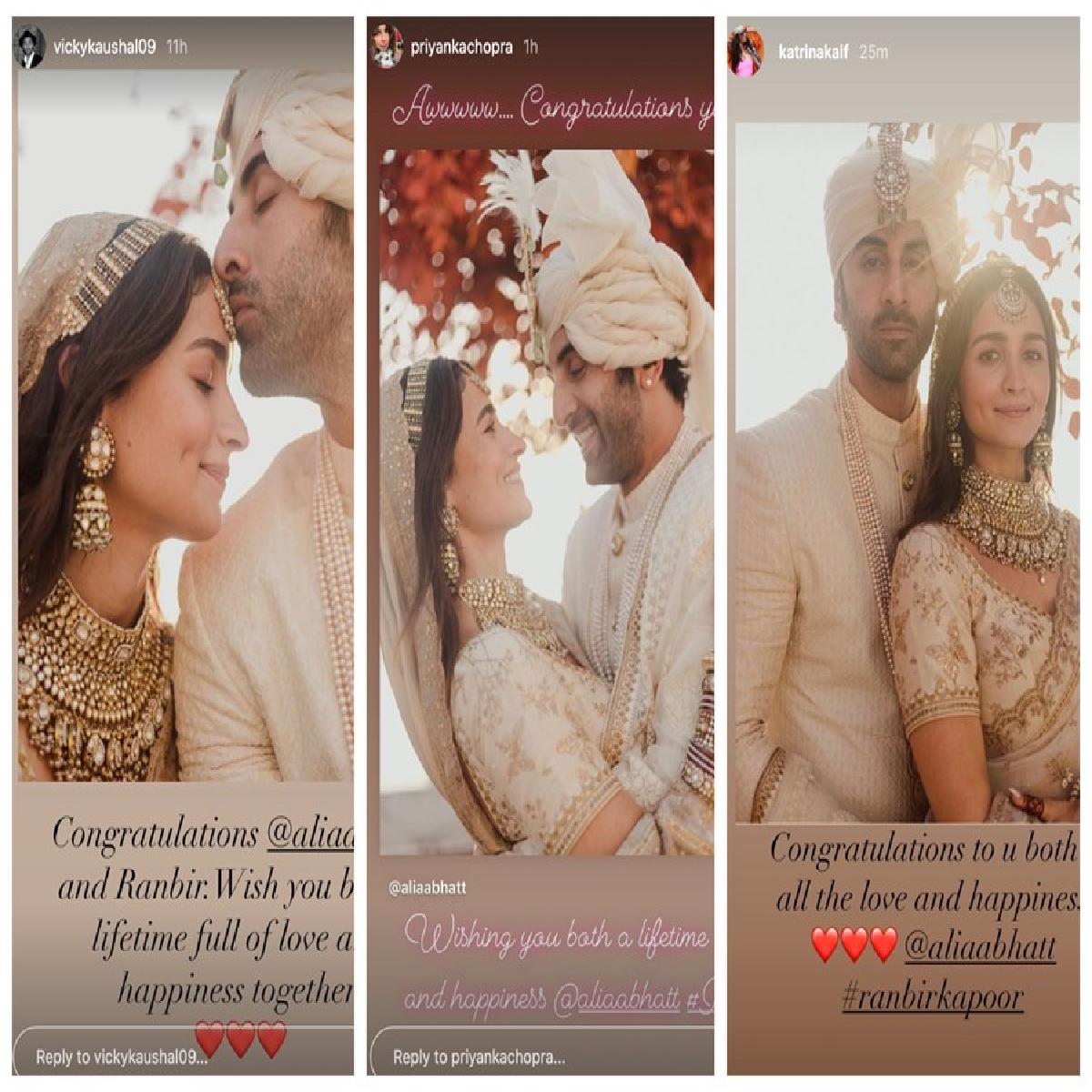 Last evening, Ranbir Kapoor and Alia Bhatt tied the knot in a truly fairy-tale wedding and made their first public appearance as couple and tinsel-town celebrities such as Priyanka Chopra, Katrina Kaif and Vicky Kaushal extended warm wishes to newlywed.

Global Icon Priyanka Chopra, who is married to Nick Jonas and became a mother recently, shared, “Awwwww….Congratulations you two….Wishing you both a lifetime of love and happiness @aliabhatt #Ranbir”

Katrina Kaif also shared, “Congratulations to you both – all the love and happiness @aliabhatt #ranbirkapoor”

Actor Vicky Kaushal, who is married to Katrina Kaif, shared, “Congratulations @aliabhatt and Ranbir: Wish you both a lifetime full of love and happiness together”

The groom and bride, Ranbir and Alia were dressed in white and gold shimmery attire from ace fashion designer Sabyasachi's collection. The wedding was an intimate affair held at Ranbir's Bandra abode Vastu, and was attended by the couple's family members and close friends. The pre-wedding festivities including a special pooja and mehendi ceremony were conducted on Wednesday.

Ranbir and Alia had fallen in love with each other on the sets of their upcoming film 'Brahmastra'. The two made their first appearance as a couple at Sonam Kapoor's wedding reception in 2018.