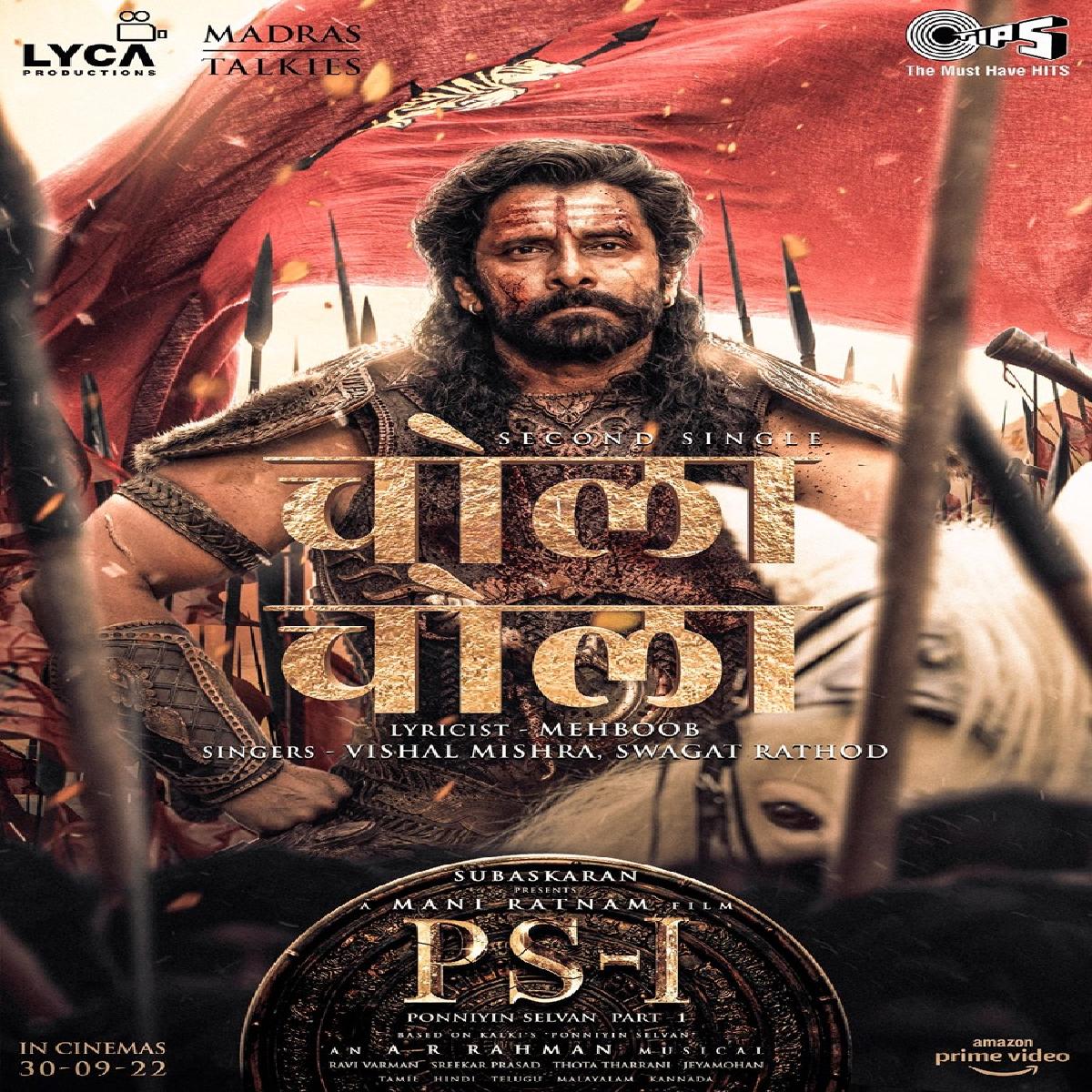 After first single, Kaveri Se Milne, the makers of PS1 announces the second track, titled Chola Chola, featuring Vikram. The first look poster and deeds of the song are out.

The official handle of Madras Films dropped the poster for the song. It said, “A victory celebration!#CholaChola - the next single from #PS1 releases on August 19th at 6PM. An @arrahman Musical! #ManiRatnam #ARRahman #PS1 #PonniyinSelvan @lyca_productions @tips”

The Hindi version of the song is written by Mehbood, composed by AR Rahman and crooned by Vishal Mishra and Swagat Rathod. The song will be out on 19th August.

The film is produced by Madras Talkies and Lyca Productions, it is the first of two cinematic parts based on Kalki Krishnamurthy's 1955 novel Ponniyin Selvan.

The music is composed by A. R. Rahman, with cinematography handled by Ravi Varman, editing done by A. Sreekar Prasad and production design by Thota Tharani.

Ponniyin Selvan was originally intended to be a stand-alone film but it was later split into two parts. The first part, PS-I is scheduled to be have a worldwide theatrical release on 30 September 2022