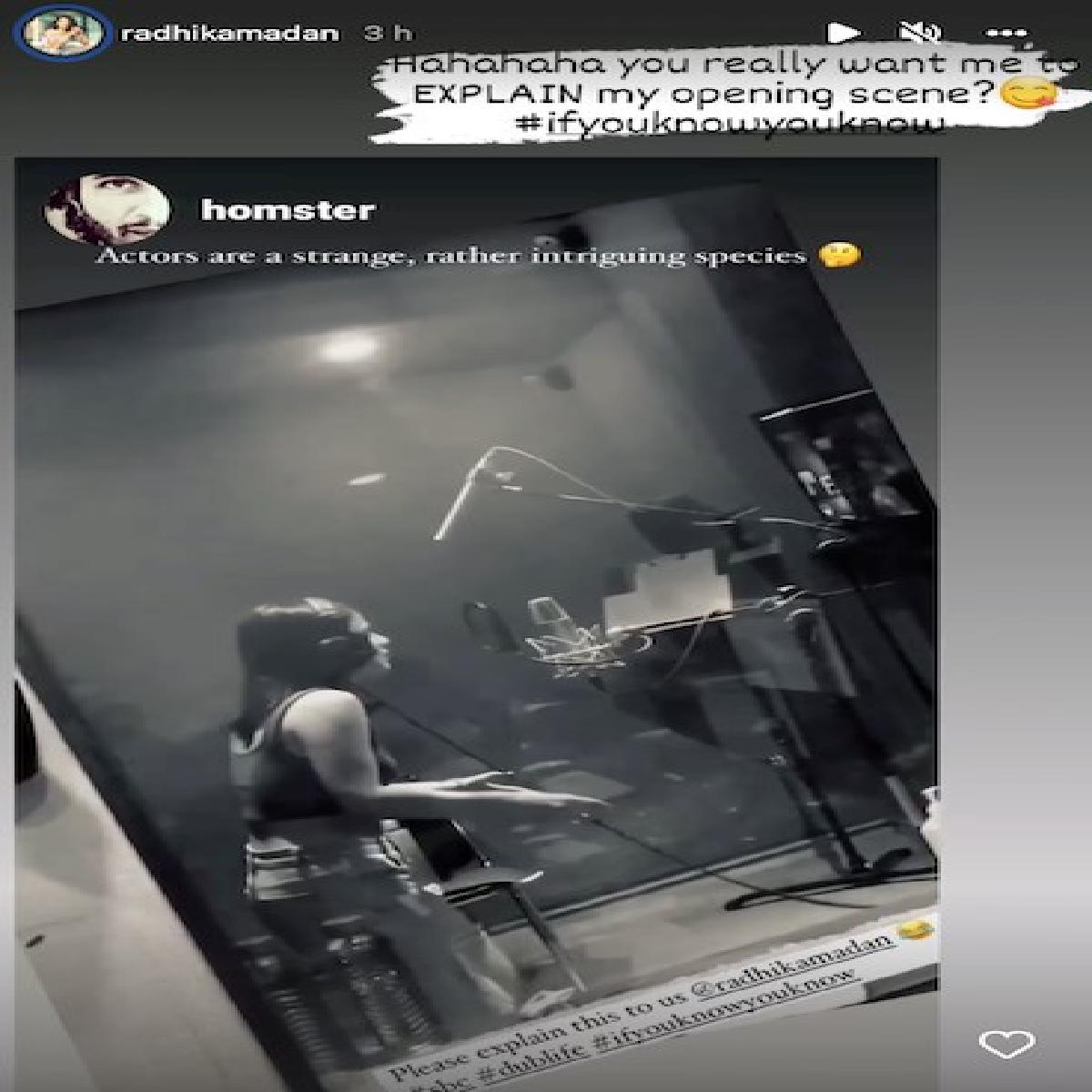 Actress Radhika Madan has been working day in and out for her upcoming releases. From dubbing to shooting, the schedules have it wrapped up tightly for the

actress. Radhika who will be seen in Homi Adajania’s next film was seen spotting for the same. However, the actress was seen dubbing for the film in a rather different and hilarious way.

The director, Homi Adajania posted a sneak peak of Radhika Madan’s dubbing session where she is scene dubbing for a scene in a manner that made Homi

question her, “Please explain this to us @radhikamadan #sbc #dublife #ifyouknowyouknow.” Not just this, Radhika actions during the dubbing also made Homi think that, “Actors are a strange, rather intriguing species”.

Carrying ahead the fun banter Radhika reposted the story and replied, “hahahaha you really want me to EXPLAIN my opening scene? #ifyouknowyouknow.” Well looks like, too much is cooking in that dubbing studio as the director actor duo gear up for their film #sbc.

Radhika Madan just increased the surge amongst the audience for her upcoming film. The fans are now waiting for the ‘opening scene’ that the actress just mentioned about.

At the immediate, the actress is gearing up for her film Kacchey Limbu’s world premiere at the 47th Toronto International Film Festival. Post that grand

celebration, the actress will return to the sets of her untitled film with Akshay Kumar, which is the remake of south film Soorarai Pottru. The actress will also be seen tightening her seat belts for her upcoming films Sanaa, SBC, and Kuttey