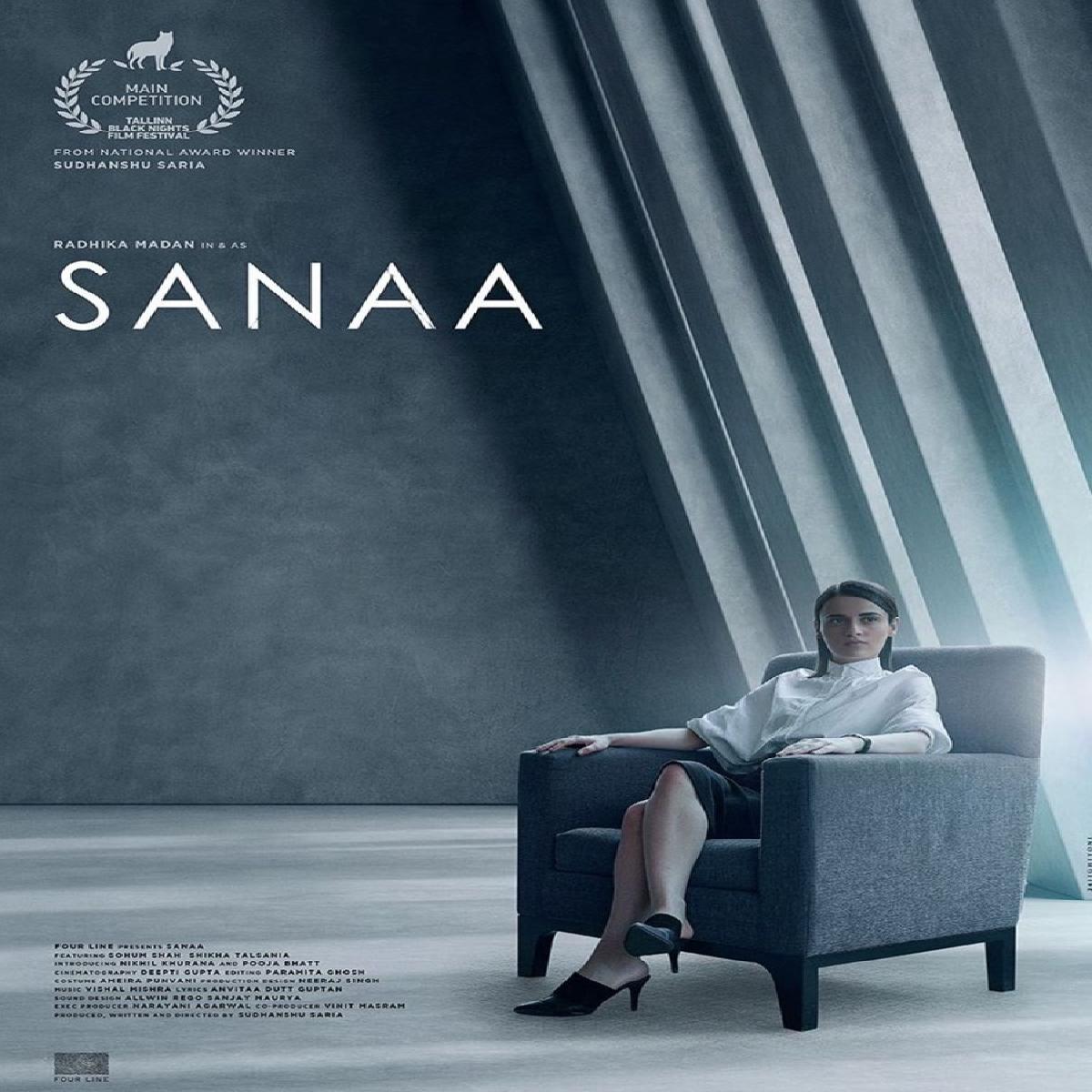 The intriguing poster introduces Radhika Madan in and as Sanaa, an ambitious and headstrong woman who is fighting an internal battle due to unresolved trauma. The actress looks commanding in a sharp corporate getup, shiny black heels and a slick side-parted hairdo. With her piercing gaze, she exudes grit and determination as she sits against an imposing backdrop.

Apart from Sanaa, actress Radhika Madan will soon be seen in Kuttey, Happy Teacher's Day and Kacchey Limbu Not.