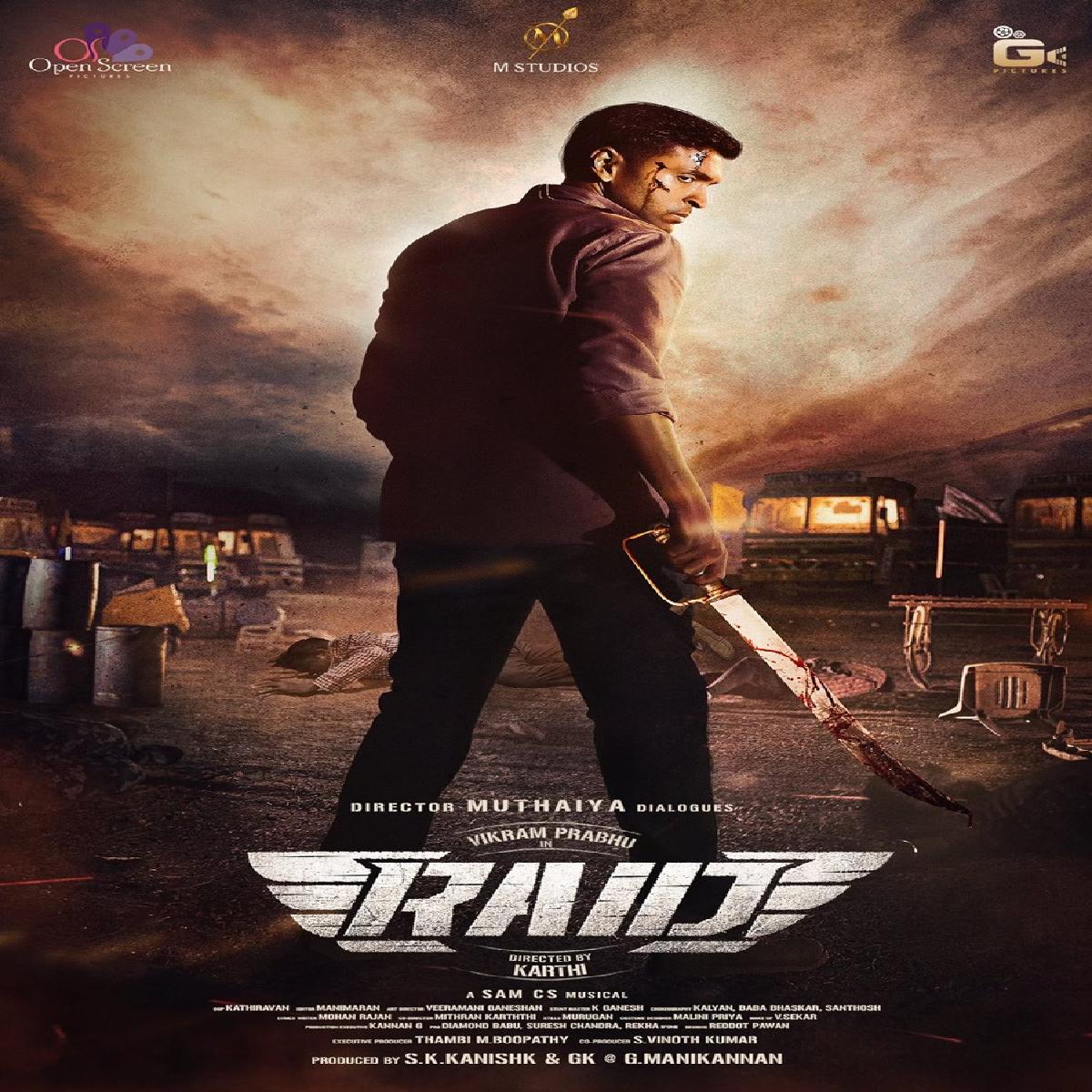 Actor Vikram Prabhu and Sri Divya starrer is titled Raid, and the first look poster for the action thriller is out. The film is helmed by Karthi, who earlier collaborated with Vikram on 'Vellaikkara Durai' in 2014.

Vikram is spotted with a bloodied weapon in the first look poster of 'Raid' and it hints that the film is going to be an action thriller.

The film was initially titled 'Tiger' when the shooting began last February, but the makers have opted for a new title as the film has reached the final stages.

Director Muthaiya has done the screenplay and dialogues for the film, while the music is scored by Sam CS.