Rajkummar Rao And Alaya F In SRI, A Biopic Based On Srikanth Bholla 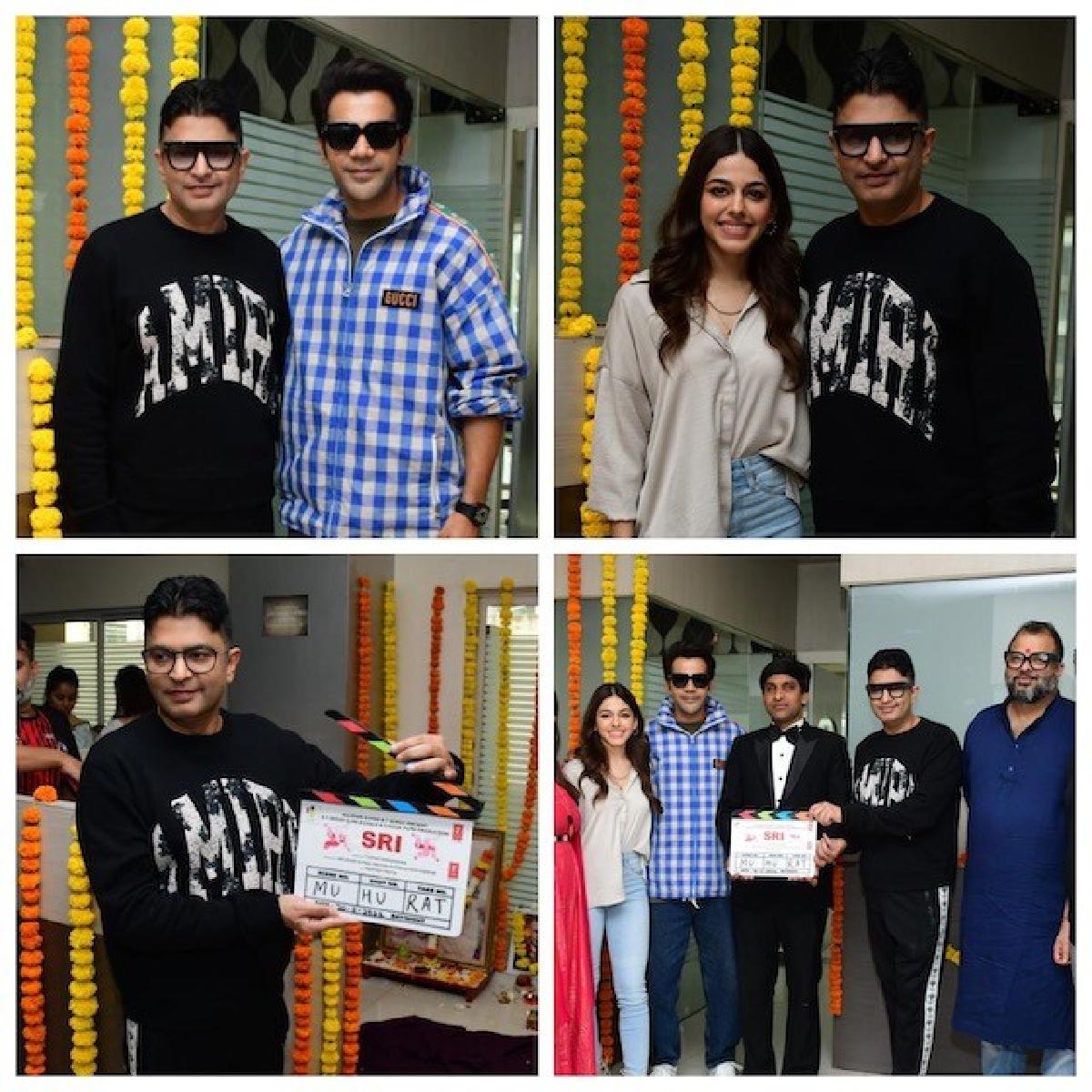 Helmed by Tushar Hiranandani, the film also stars south actor Jyothika in the lead role along with Sharad Kelkar, the film is based on the life of industrialist Srikant Bholla, who didn't let his visual impairment come in the way of his vision and founded Bollant Industries.

Sharing the pictures of Mahurat ceremony, Alaya F captioned her post, “Delighted to announce that I will be a part of the incredible Srikanth Bholla biopic, titled #SRI which goes on floors today! With the most amazing people @rajkummar_rao @tusharhiranandani @tseries.official #@nidhiparmarhira @chalkandcheesefilms @jyotika @sharadkelkar”

Meanwhile, Rajkummar Rao was recently seen in a murder mystery film. Monica O My Darling' alongside Huma Qureshi, and Radhika Apte. The film streamed exclusively on the OTT platform Netflix and received positive responses from the audience. He will be next seen in Karan Johar's next sports drama film 'Mr and Mrs Mahi' alongside Janhvi Kapoor.

Alaya, on the other hand, will soon begin the promotions of her upcoming romantic thriller film 'Freddy' which is all set to stream exclusively on the OTT platform Disney+ Hotstar from December 2, 2022. Helmed by Shashanka Ghosh and produced by Ekta Kapoor 'Freddy' also stars Kartik Aaryan in the lead role and the makers will be soon unveiling the official trailer.

Jai Mehta Is All Praises For Monica O My Darling’s Creative Team: https://newsonfloor.com/article/detail/jai-mehta-is-all-praises-for-monica-o-my-darling%E2%80%99s-creative-team-2650.htm