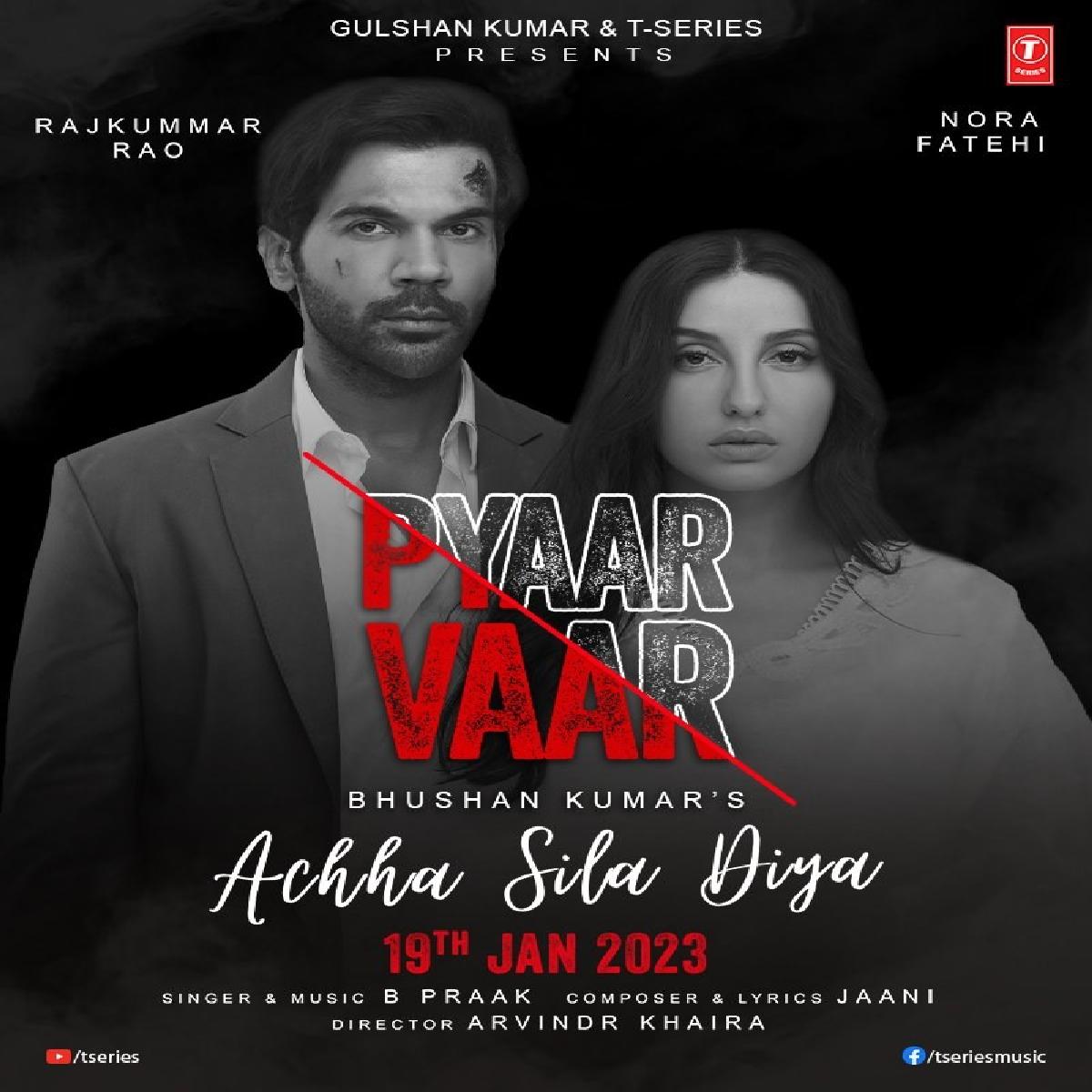 Nora Fatehi and Rajkummar Rao are coming together for the first time for the music video, a heartbreak anthem, 'Achha Sila Diya' presented by T-Series and produced by Bhushan Kumar will be released on 19th January 2023.

Sung by heart-wrenching yet the soulful voice of B Praak, composed and written by Jaani, the music video of this deceiving tale is directed by Arvindr Khaira.

Well, while Nora has been winning us over time and again with her stunning music videos, this happens to be Rajkummar's first-ever single!

Meanehile on the work front, Rajkummar Rao was last seen in Monica O My Darling on Netflix. He will next star in Bheed, Mr And Mrs Mahi and Sri.

Helmed by Anubhav Sinha, Bheed is billed as a social drama, the movie will also feature Bhumi Pednekar, jointly produced by Sinha and Bhushan Kumar.