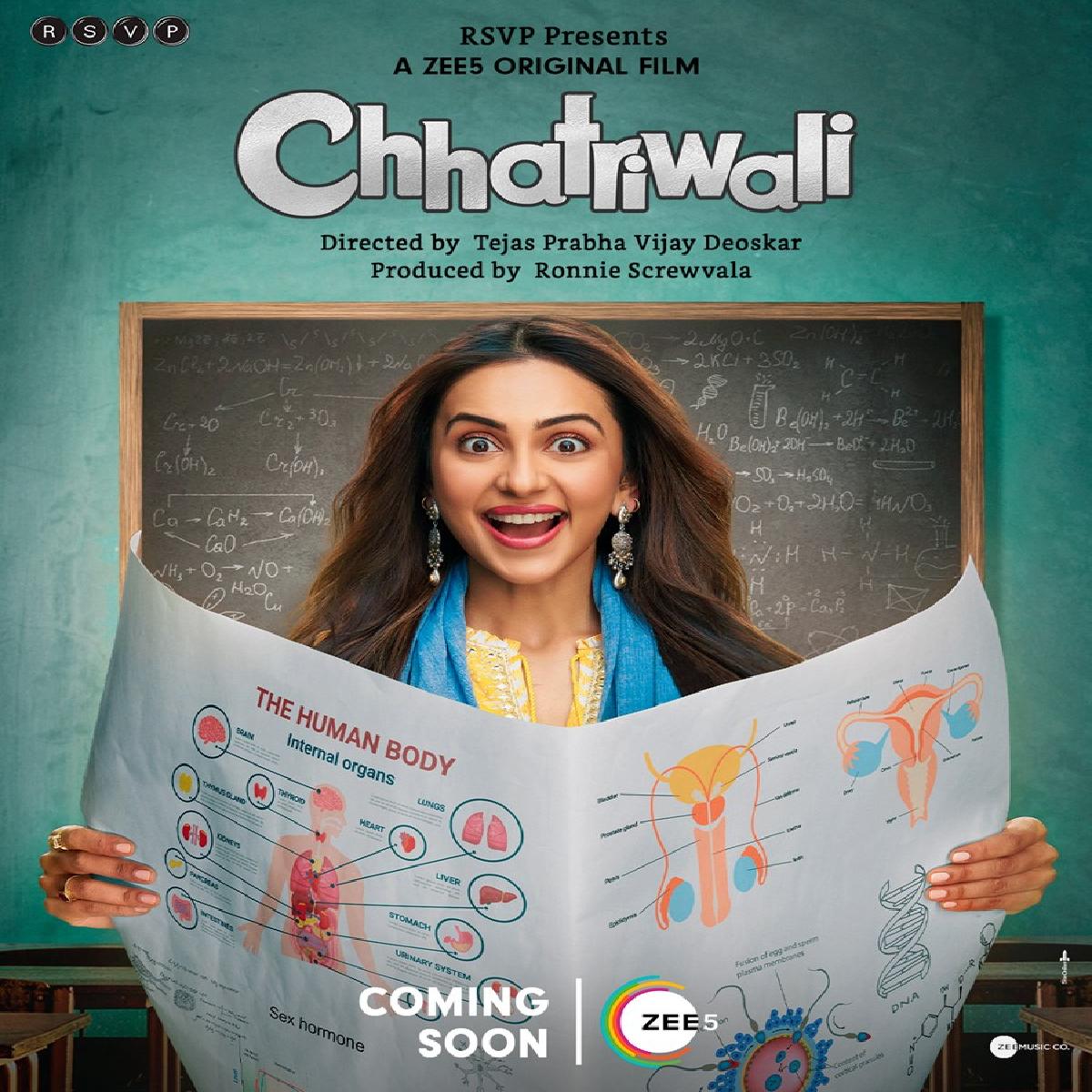 The film is bankrolled by Ronnie Screwvala and directed by Tejas Prabha Vijay Deoskar, the film will be out on ZEE5 early next year. The film aims to drive home a strong social message on the importance of male contraceptives and safe sex.

A slice-of-life film set in Haryana, 'Chhatriwali' is headlined by Rakul who plays the quality control head in a condom factory. The film also stars Sumeet Vyas and Satish Kaushik.

Rakul plays this shy and embarrassed girl, who is hesitant about her job initially, but she soon realises the importance of safe sex and then takes it upon herself to destigmatise the conversation around sex education. Without being too preachy, the film sets the tone and delivers the message with humour and sensitivity while ensuring that the narrative is entertaining and family-friendly.