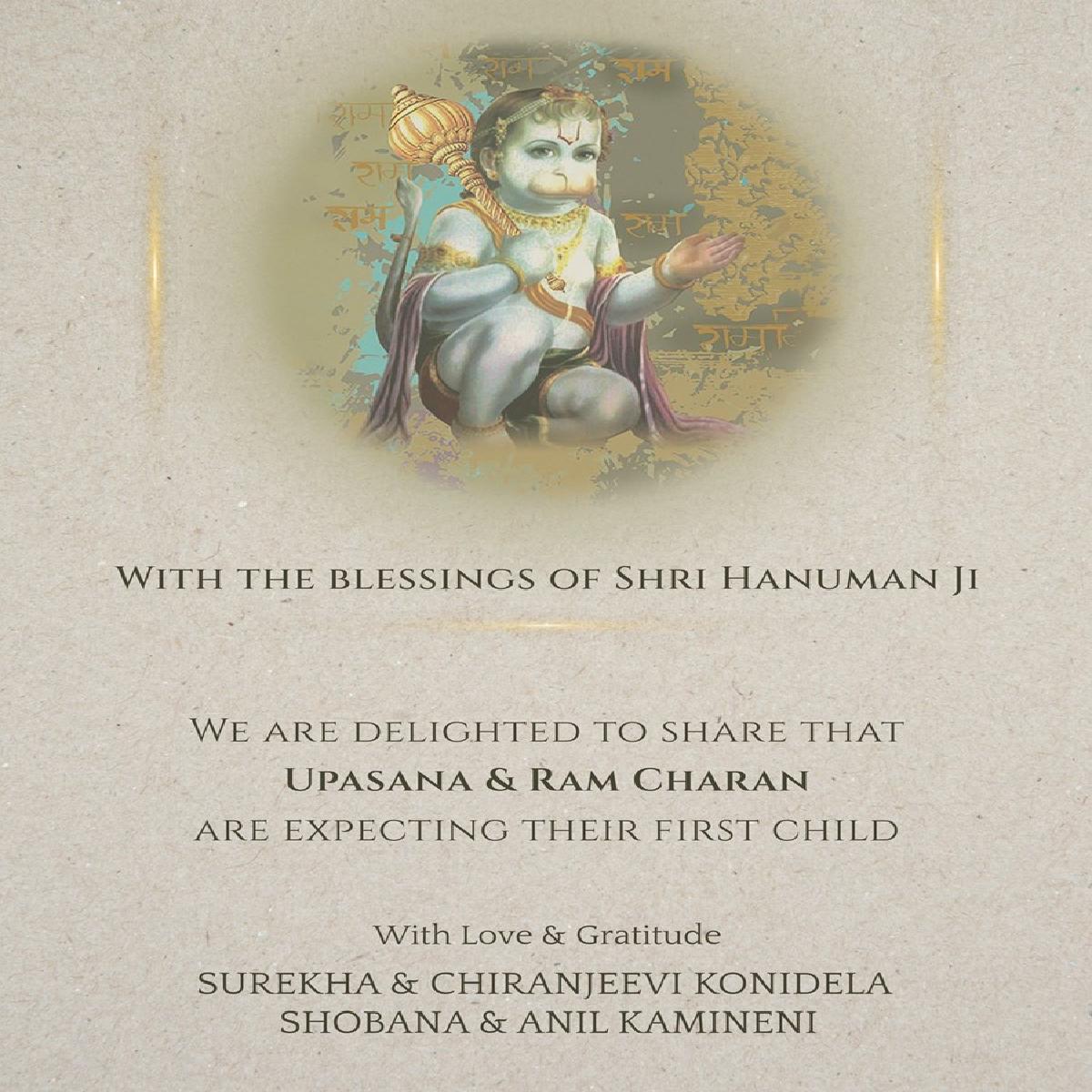 Announcing the happy news on his social media profile, Chiranjeevi shared a picture note, it read, “with the blessing of Shri Hanuman ji, we are delights to share that Upasana and Ram Charan are expecting their first child. With Love and Gratitude, Surekha and Chiranjeevi Konidela, Shibana and Anil Kamineni”

Actor Ram Charan got married to Upasana Kamineni, daughter of Shobana Kamineni and the granddaughter of Prathap C. Reddy, in 2012.

Charan and Kamineni were friends until ninth grade in the same school at Chennai, Tamil Nadu. After a decade long marriage, the couple is expecting their first child.

Meanwhile on the work front, after the epic success of RRR, actor Ram Charan is currently busy wrapping two movie, RC15 and RC16.

As for Chiranjeevi, the megastar is busy wrapping Waltair Veerayya and Bhola Shankar.

Waltair Veerayya is helmed by K. S. Ravindra and produced by Mythri Movie Makers. The film stars Chiranjeevi as the titular character alongside Ravi Teja, Shruti Haasan, Catherine Tresa and Bobby Simha. Devi Sri Prasad composed the film's soundtrack. The film is scheduled to release on 13 January 2023 coinciding with Sankranthi.