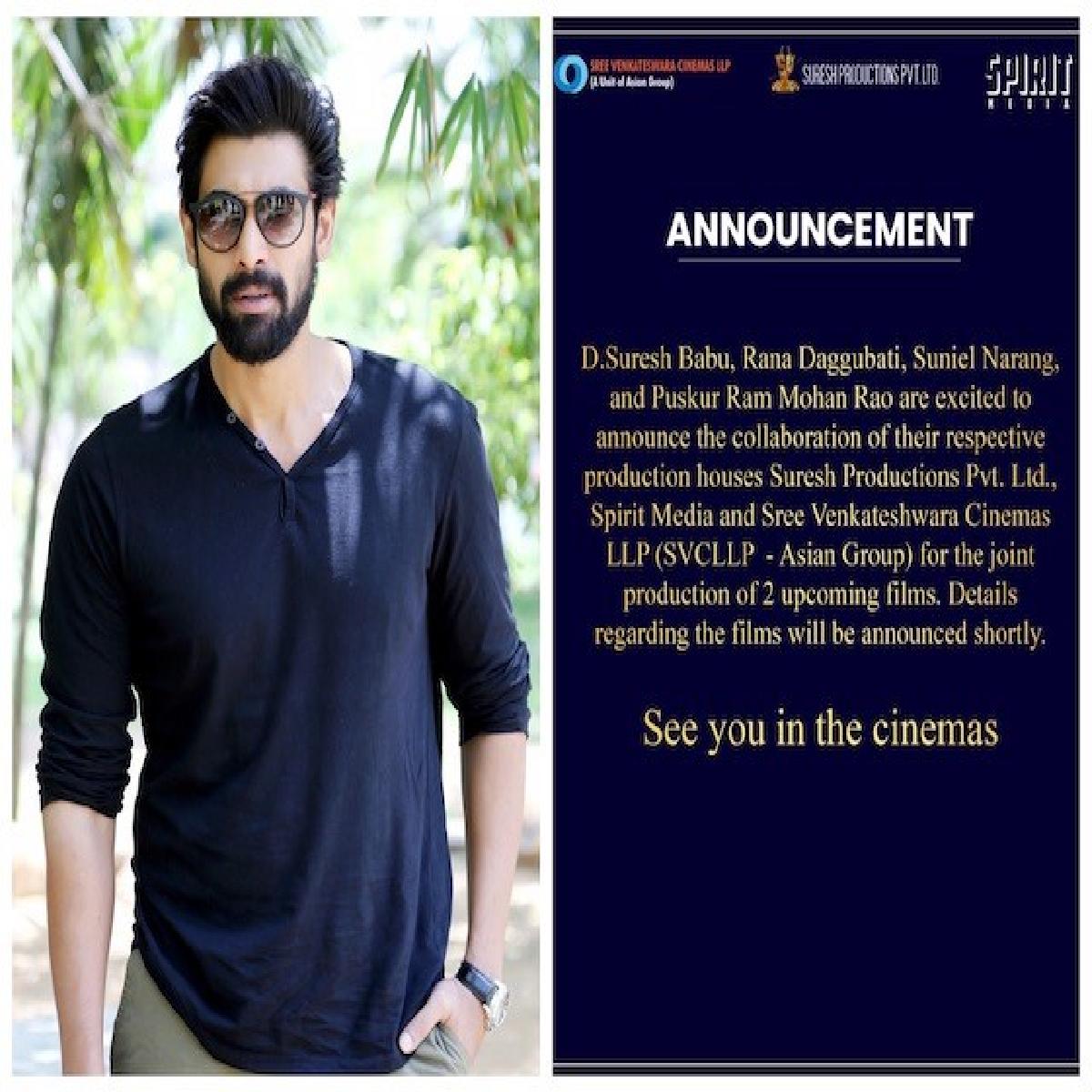 Baahubali fame Rana Daggubati under his home banner Spirit Media, is all set to collaborate with legendary studios such as Suresh Productions, Shree Venkateshwara Cinemas and Suniel Narang for two massive forthcoming films.

The press note read, “Dr Suresh Sharma, Rana Daggubati, Suniel Narang, and Pushak Ram Mohan Rao are excited to announce the collaboration of their respective production houses Suresh Productions Private Limited, Spirit Media, and Sree Venkateshawa Cinemas LLP for the joint production of 2 upcoming films. Details regarding the films will be announced shortly. See you in the cinemas”

The deeds about the projects are still under wraps, but according to resources both the film will be mega-budgeted with massive ensemble.