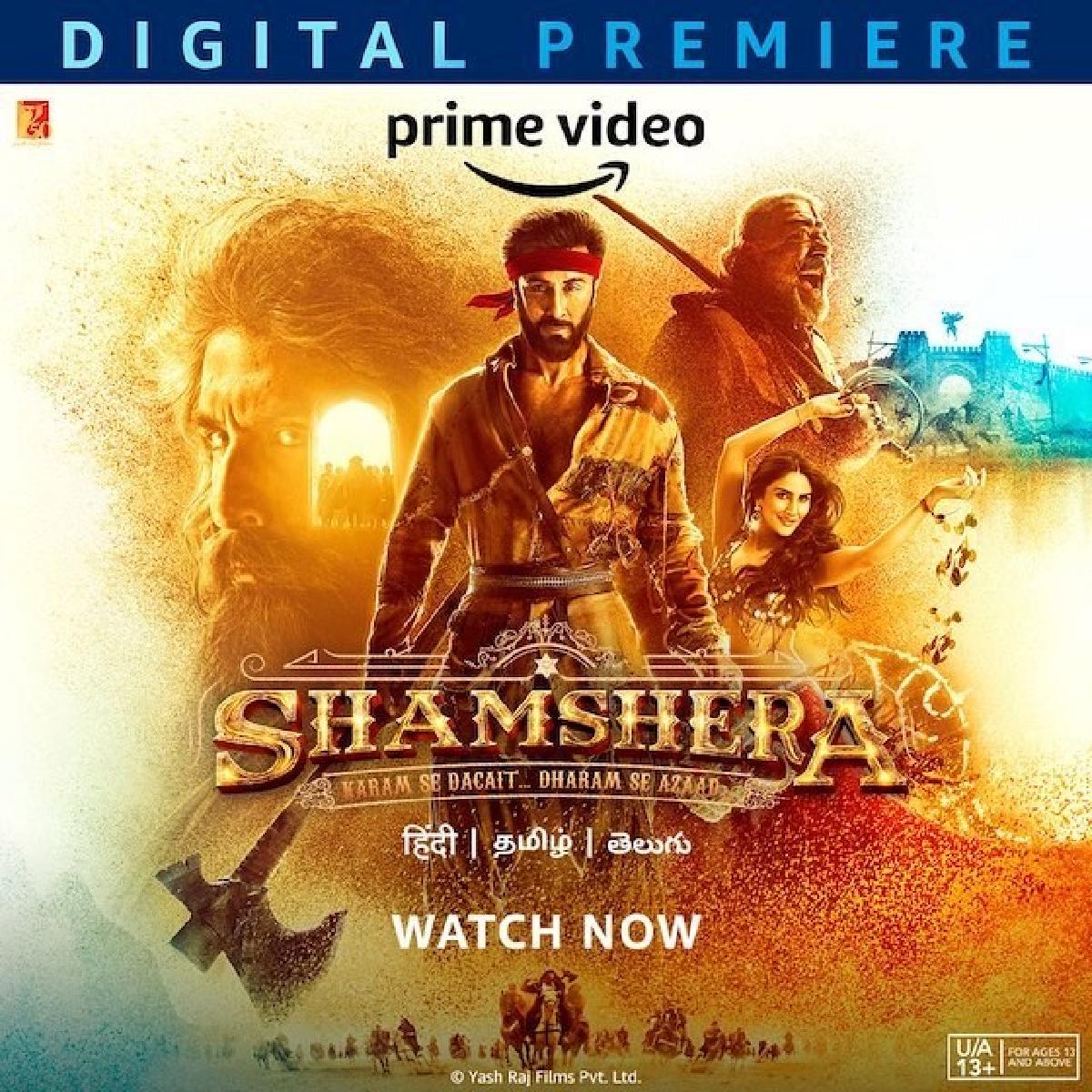 After having a successful theatrical release, the film had its digital premiere on Prime Video India, marking first movie from YRF banner to have its premiere within a month of its release.

Sharing the news on social media, the official handle of  Yash Raj Films wrote, “Unlock the world of vengeance, action and drama now, only on

The film is set in around 1800s, the story follows a dacoit tribe and their fight for independence against the British rule.

The film stars Ranbir Kapoor in his first dual role  with Sanjay Dutt as the antagonist alongside Vaani Kapoor, Ronit Roy, Saurabh Shukla and Ashutosh Rana.