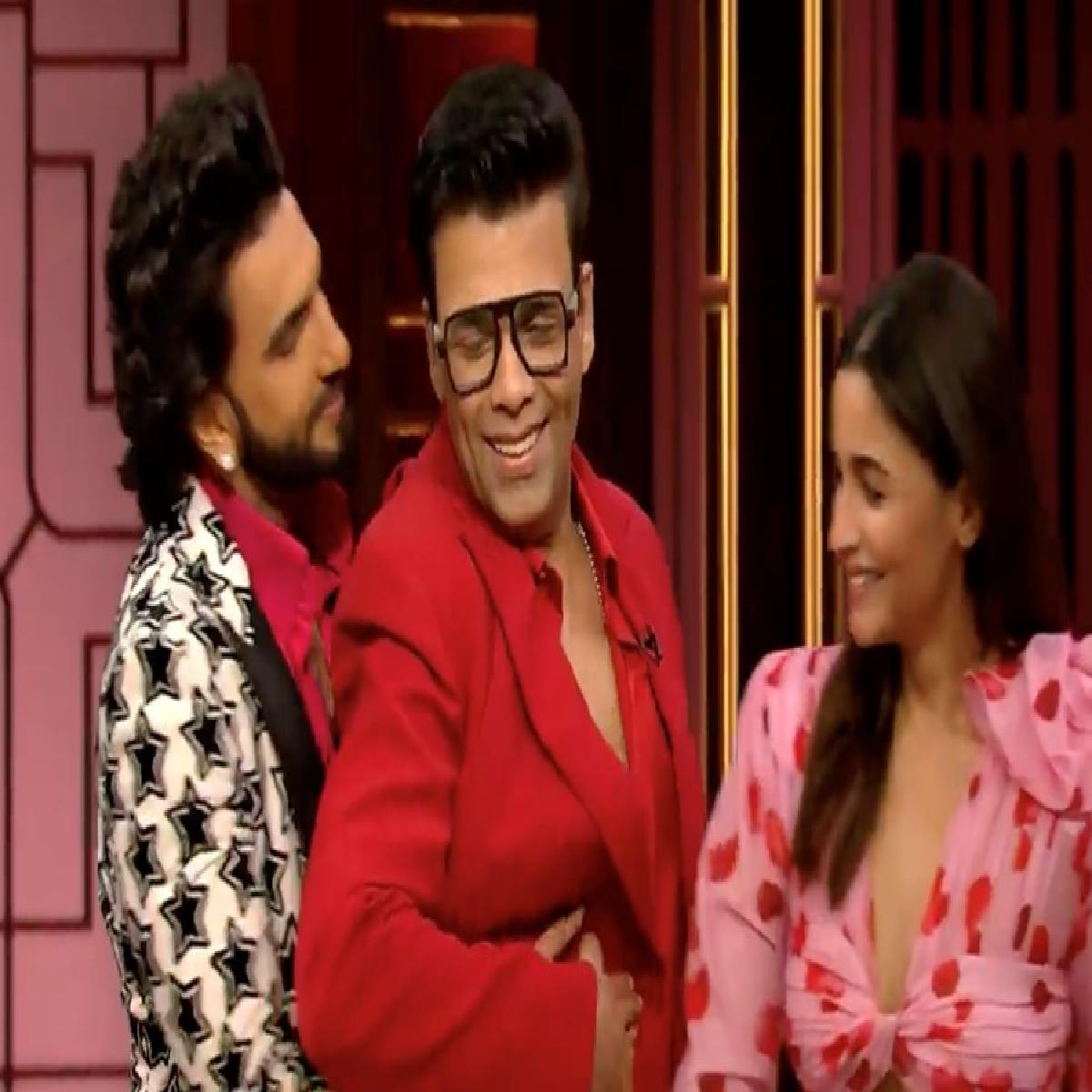 Finally, Karan Johar unveils a promo-teaser for first episode of Koffee With Karan Season 7, it will features Ranveer Singh and Alia Bhatt.

Sharing the teaser on his social media, Karan Johar captioned it, “Alright everyone, brace yourself as @ranveersingh , @aliaabhatt and I are ready to dish out some steaming cups of entertainment in the very first episode of this sizzling hot new season! Of#HotstarSpecials #KoffeeWithKaran S7. Catch the first episode on 7th July only on @disneyplushotstar #HotstarSpecials #KoffeeWithKaranOnHotstar @apoorva1972 @jahnviobhan @aneeshabaig @dharmaticent….No reference to you Pammi my darling!!! @pammi_bakshi_gautam Just making you more famous ! Love you”

Ranveer Singh and Alia Bhatt shared the screen-space with the first time in Gully Boy, the film went to create musical and box-office collection history. The duo is collaborating once again for Rocky Aur Rani Ki Prem Kahani, which is helmed by Karan Johar.

The upcoming romantic drama is produced by Dharma Productions and Viacom18 Studios. The film also stars Dharmendra, Jaya Bachchan and Shabana Azmi feature. It is scheduled for theatrical release on 10 February 2023.Koffee With Karan Season 7, the new season of the popular chat show will air from July 7, 2022, on the OTT platform Disney Plus Hotstar and Hulu as well.