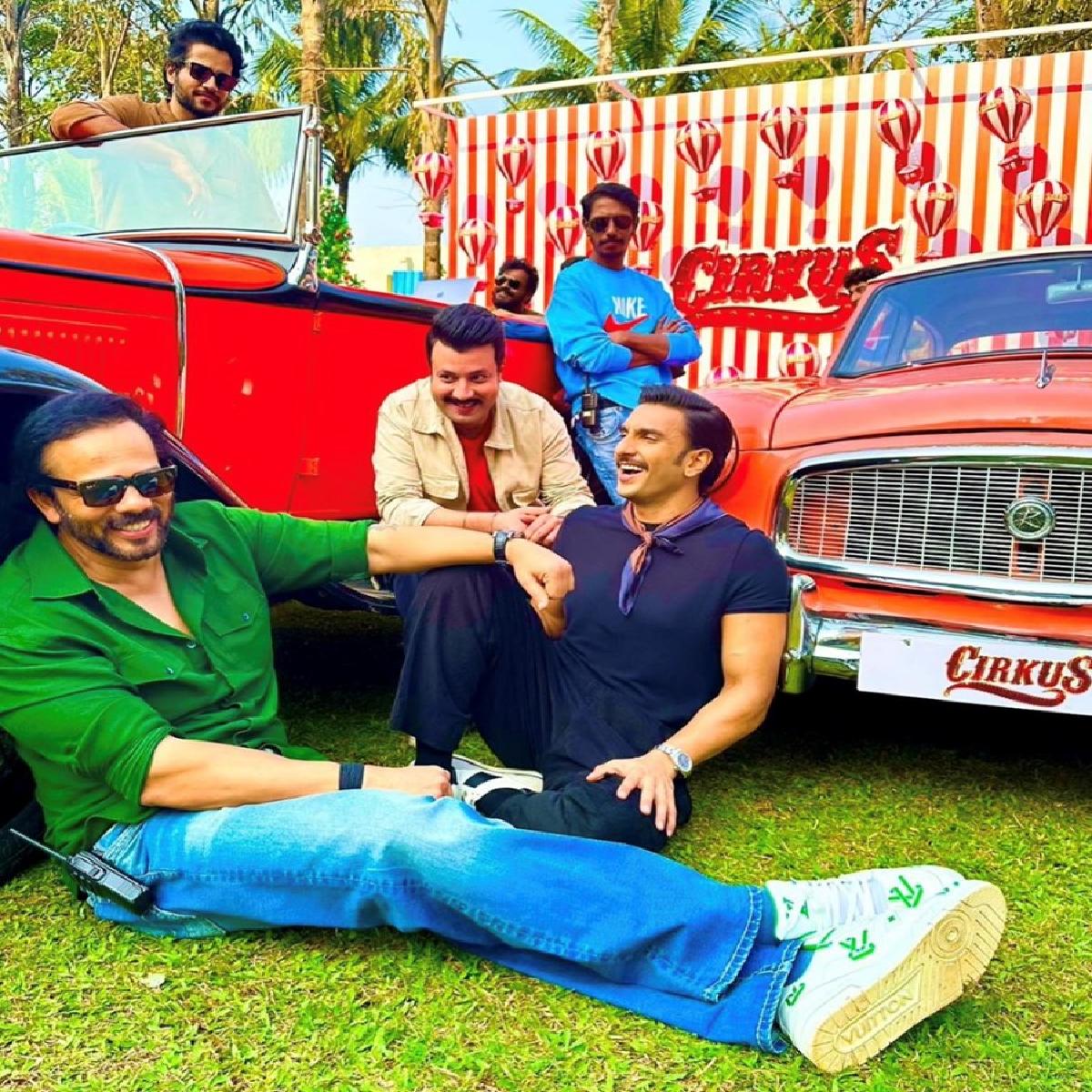 In the image, he is seen sharing a laugh with filmmaker Rohit Shetty and co-star Varun Sharma.

The film is jointly produced by Rohit Shetty Picturez, Reliance Entertainment and T-Series. The film stars Ranveer Singh in a dual role alongside Pooja Hegde, Jacqueline Fernandez and Varun Sharma.

It also features Deepika Padukone and Ajay Devgn in special appearances. The music is composed by Devi Sri Prasad.

Cirkus is based on the 1982 Hindi film Angoor, that itself being a remake of the 1968 Hindi film Do Dooni Chaar, which in turn was an adaptation of the 1963 Bengali film Bhranti Bilas, that too was based on Ishwar Chandra Vidyasagar's 1869 play of same name adapted from William Shakespeare's play The Comedy of Errors.

The film will hit the cinema halls on 23rd December 2022.