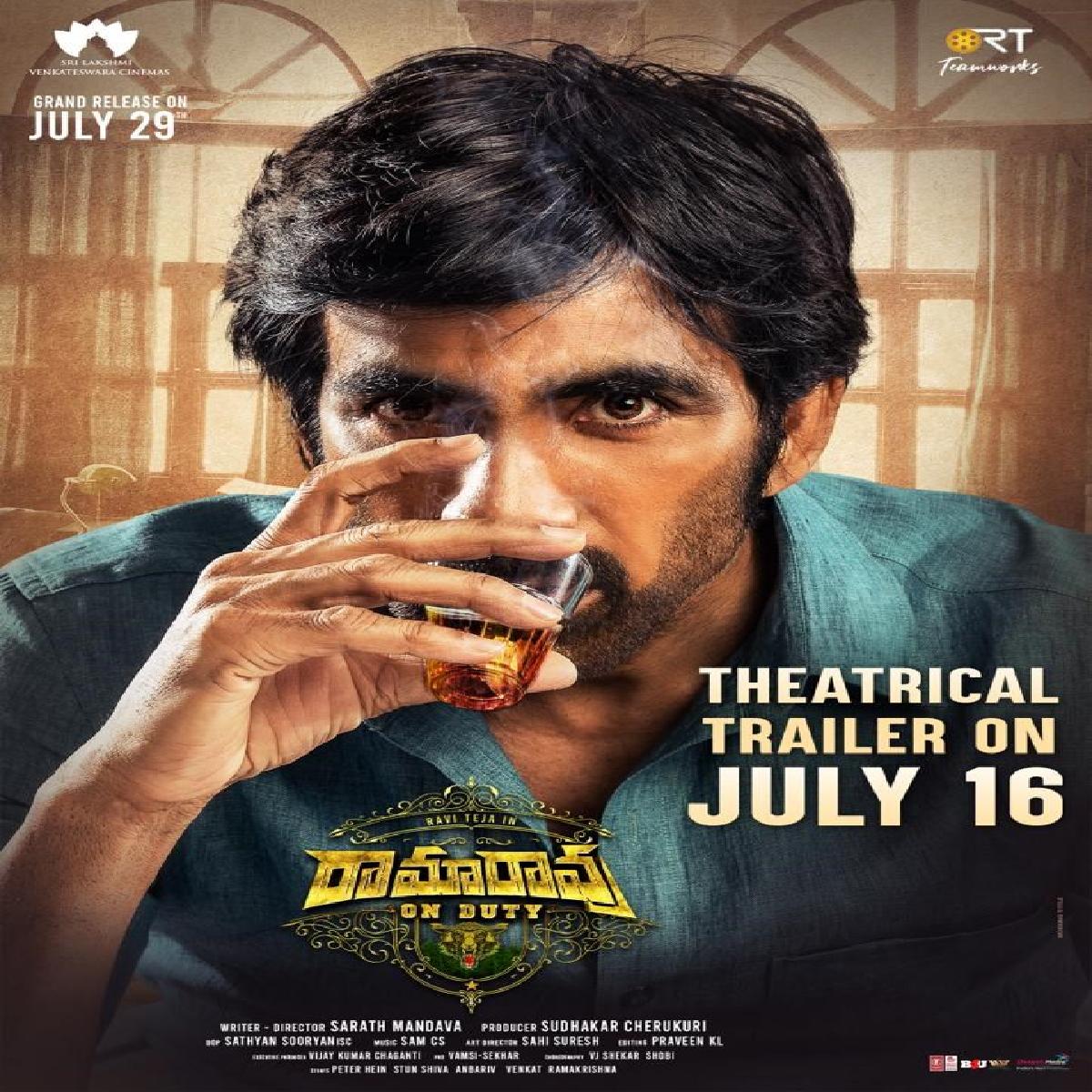 Superstar Ravi Teja just took to his social media profile and shared a brand new poster for Ramarao On Duty, the actor also confirmed the release date of the trailer

Sharing the poster on his social media profile, Ravi Teja captioned it, “#RamaRaoOnDuty Trailer on July 16th”
Ramarao on Duty is an action thriller written and directed by Sarath Mandava. Produced by SLV Cinemas and RT Team Works, it stars Ravi Teja in titular role alongside Rajisha Vijayan and Divyansha Kaushik.

The plot follows Ramarao (Teja), an honest civil servant, who is on mission to eradicate corruption to help the people suffering from poverty. The trailer for the film will be out on 16th July. The film is scheduled to be released theatrically on 29 July 2022.

Dhamaka is written and directed by Trinadha Rao Nakkina and produced by Abhishek Agarwal and T G Vishwa Prasad, under the People Media Factory and Abhishek Agarwal Arts banners. Cinematography has been done by Karthik Ghattamaneni. It also stars Sree Leela in the lead role.