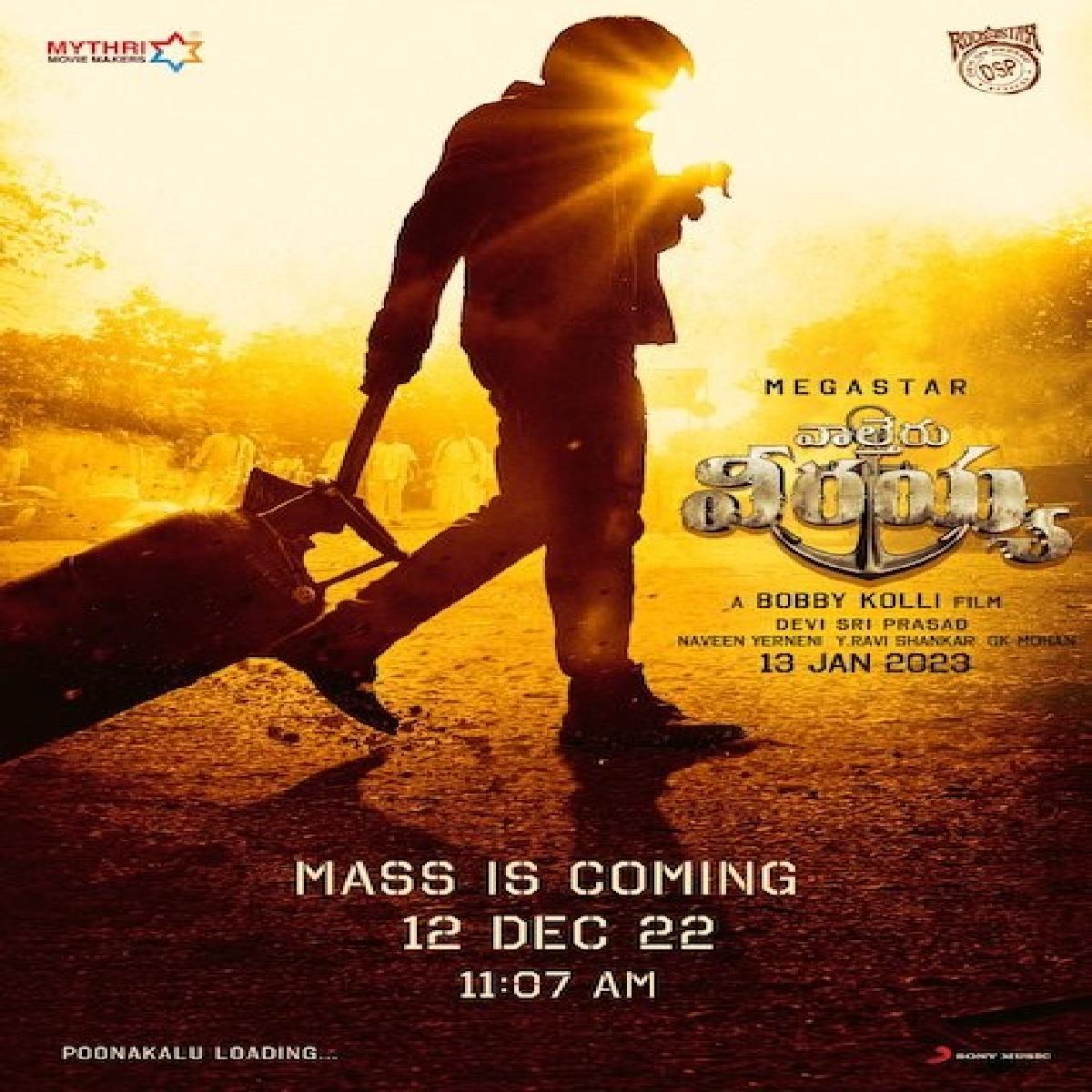 Sharing a stellar poster on his social media, Ravi Teja captioned his post, “I know you all have been waiting so long for this, Introducing you all to A NEW ME in #WaltairVeerayya On 12th DEC @ 11:07 AM :))) @kchirutweets @dirbobby @shrutihaasan @CatherineTresa1 @ThisIsDSP @MythriOfficial”

Though, it’s not the first look, but a teaser look, Ravi Teja's first look from the mass entertainer will drop on December 12. The poster will be followed by the release of a potential chartbuster and a teaser later this month.

As for Dhamaka, which is written and directed by Trinadha Rao Nakkina and produced by Abhishek Agarwal and T G Vishwa Prasad, under the People Media Factory and Abhishek Agarwal Arts banners.

The film also stars Sree Leela and Jayaram in the lead roles. The film is scheduled to release on 23 December 2022.