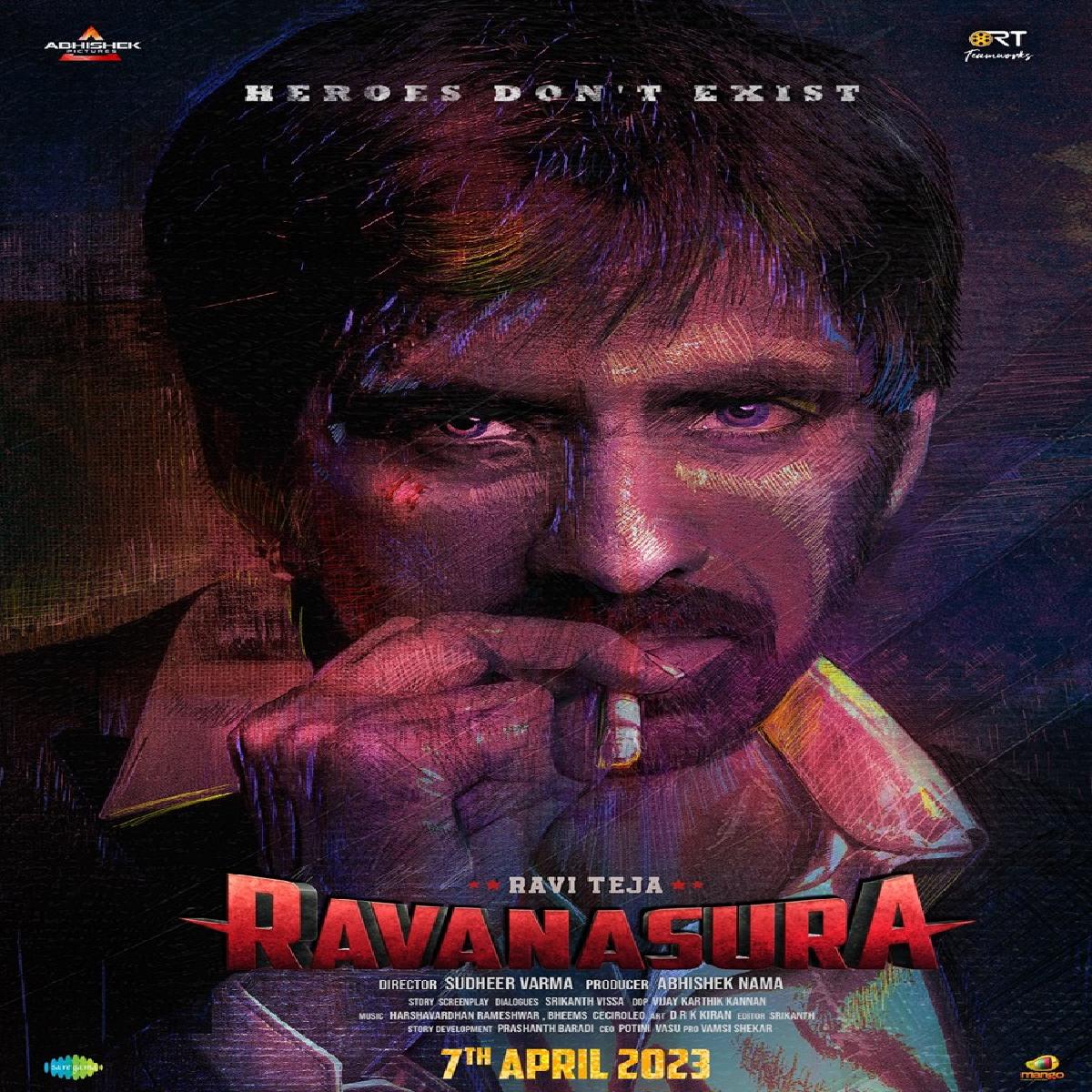 Sharing the poster and release deeds on social media, Ravi Teja captioned his post, “Welcoming you all to the exciting world of #RAVANASURA from April 7th 2023, @iamSushanthA @sudheerkvarma @AbhishekPicture @SrikanthVissa @RTTeamWorks”

Varma is presenting Teja in a never seen before role in the film. Teja plays the role of a lawyer in the movie, believed to be high on action. Actor Sushanth too plays a pivotal role in the film, the makers of which released a new poster of the film.

The official handle of Abhishek Pictures shared the same, it said, “Witness MassMaharaja @RaviTeja_offl at his absolute best on the big screens in #Ravanasura, WW Grand Release on April 7th 2023, Wishing you all a very Happy Diwali @sudheerkvarma @iamSushanthA @SrikanthVisa @RTTeamWorks”

The music for the film is composed by Harshavardhan Rameswar and Bheems, while Vijay Kartik Kannan handles the cinematography and Srikanth is the editor.

Apart from Ravansura, actor Ravi Teja is also collaborating with Megastar Chiranjeevi for the first time in Waltair Veerayyan.