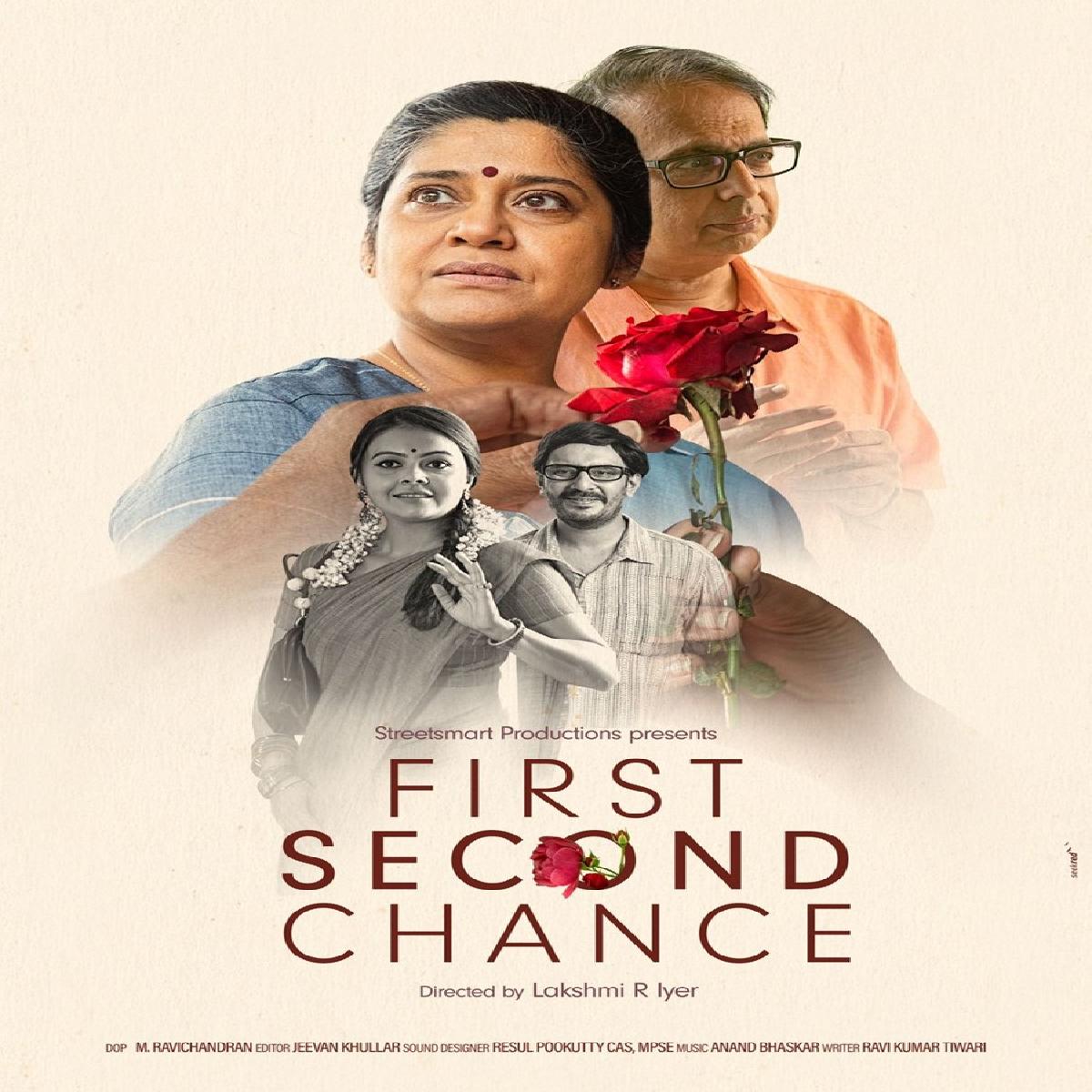 Actor Renuka Shahane and Ananth Mahadevan starrer short film, First Second Chance, the official poster for the same is out. The film is helmed by Lakshmi R Iyer.

Sharing the first look poster for the film, Renuka Shahane took to her social media and wrote, “If two hearts are meant to be together, Fate will get them together No matter how long it takes.” #FirstSecondChance #GiveLifeAnotherChance @iyer_lakshmi

The story behind the film is inspired by real life. The film is directed and produced by Lakshmi R Iyer under the banner of Streetsmart Production.

The poster illustrates the contrasting role of the actors with an age difference, painting the young actors in black and white to evoke a sense of the past.

The director of the film, Lakshmi R Iyer also shared the same, she captioned it, “If two hearts are meant to be together, Fate will get them together No matter how long it takes.” Releasing on 5th June 2022 #FirstSecondChance #GiveLifeAnotherChance

The film also stars Devoleena Bhattacharjee, and Nikhil Sangha, known for his work in films like ‘Neerja’ and ‘Dear Zindagi’.

The sound design for the film is done by Academy Award winner Resul Pookutty. Anand Bhaskar has given the music with vocals by Hamsika Iyer, who has sung songs like ‘Raabta’ and ‘Chammak Challo’.