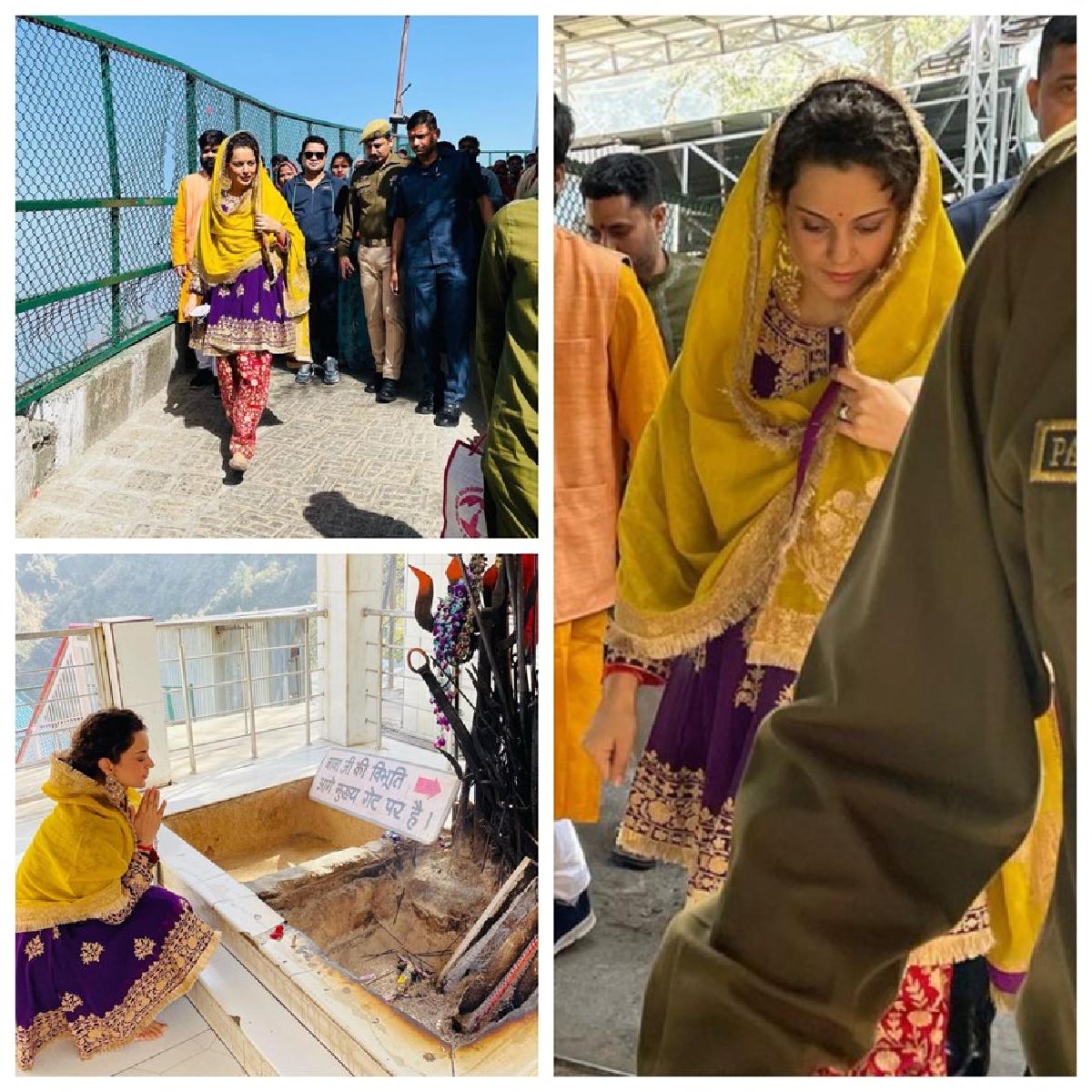 Sharing a picture of herself from the temple, Kangana Ranaut shared, “After Vaishnodevi ji darshan we went for Bhairo Baba darshan… Legend says….Demon Bhairo was chasing young Vaishnodevi for days on end and she ran all the way up to the hill top and from Bhairo’s fear was hiding in the cave (gufa which is the main Darshansthan) when Bhairo came face to face with the Goddess she manifested Shakti and beheaded him so violently that his skull fell on another hill top…”

“After killing Bhairo Devi Vaishno announced that Bhairo was non-other than Lord Shiva himself, for her glory he played this role…she also added that if anyone wants to access my energy wants to worship me they must also pay respect to Bhairo Baba and worship him as well, where Bhairo Baba head fell his temple was built…”

“This legend teaches us to respect our enemies and their roles in our lives…according to Hinduism it’s same energy finding expressions and manifestations in various forms and one must never loose perspective…Jai Mata Di…” read the full note.

Meanwhile on the work front, Kangana Ranaut is making headlines with her controversial and provocative reality show, Lock Upp, with Ekta Kapoor.

Apart from the show, Kangana has an interesting line-up of releases for 2022, she will soon be seen in Tejas, Dhakaad, Emergency and Manikarnika 2.