Rishab Shetty Is Overwhelmed With Kamal Haasan’s Letter For Kantara 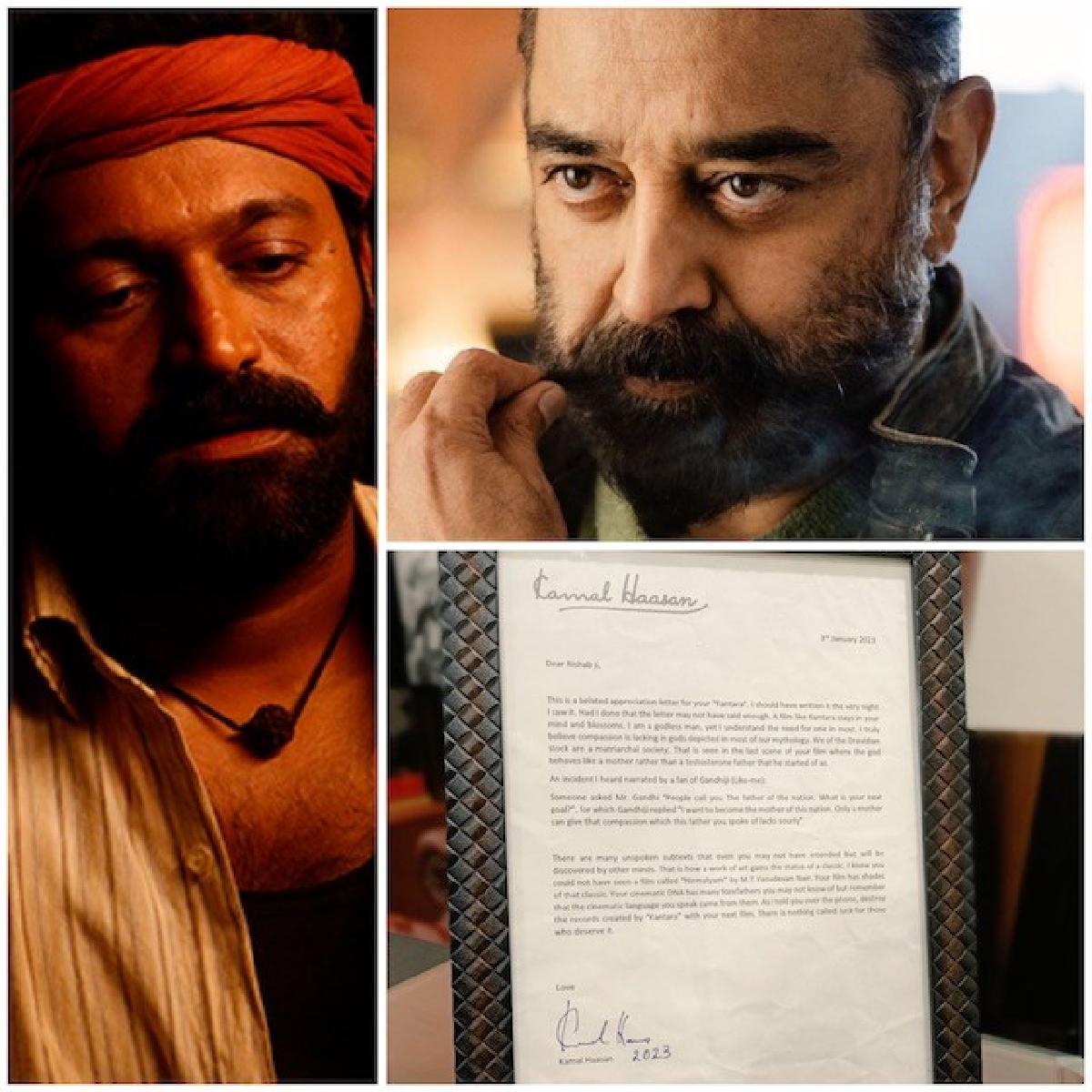 The film opened with critical acclaim and slowly turned into a box-office sensation. Now, megastar Kamal Haasan has penned an appreciation note for Kantara and Rishab Shetty.

Expressing his excitement about the warm praises from legend, actor Rishab Shetty shared a picture of letter and wrote, “It means a lot to receive such a lovely message from Legend of Indian Cinema. Too overwhelmed and awestruck to see this surprise gift from Kamal sir. Thanks a ton for this precious gift sir @ikamalhaasan @KantaraFilm @hombalefilms #Kantara #KamalHaasan”

Apart from being the lead in the film, Rishab Shetty has penned and helmed the film, which is produced by Vijay Kiragandur, under Hombale Films.