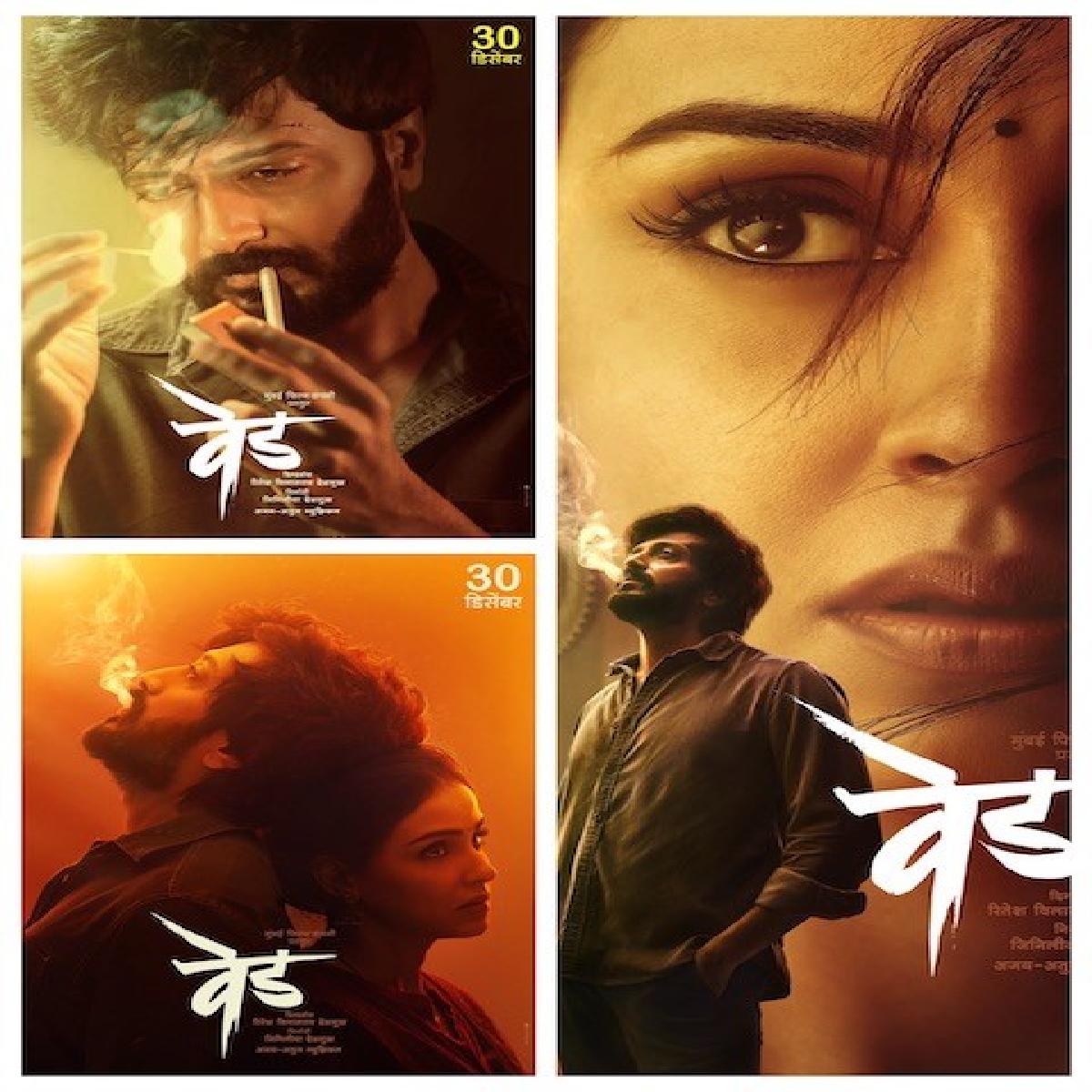 Actor and director Riteish Deshmukh drops a series of first look posters from the forthcoming Marathi movie Ved, the film is slated for 30th December 2022 release.

Riteish took to his Twitter handle to share the first look posters and release date of the film which will also star his wife and actress Genelia Deshmukh.

He tweeted, “On the auspicious day of Diwali Padwa am extremely thrilled and happy to share the #FirstLook of my Directorial Marathi Film #Ved (Madness, Craze, Passion) Need all your blessings and good wishes. #Ved30Dec #VedMarathiMovie #VedFirstLook”

Presented by Mumbai Film Company, it is an Ajay-Atul musical. The film also stars Jiya Shankar and Salman Khan in an extended cameo.

Genelia who has delivered hits in Hindi, Tamil, Telugu, Kannada, and Malayalam languages will be making her Marathi language debut with Ved and Riteish is making his directorial debut with it.

Kakuda is also stars Sonakshi Sinha and Saqib Saleem, in a whole new spooktacular horror-comedy, which is backed by RSVP Movies, and helmed by Marathi filmmaker Aditya Sarpotdar.