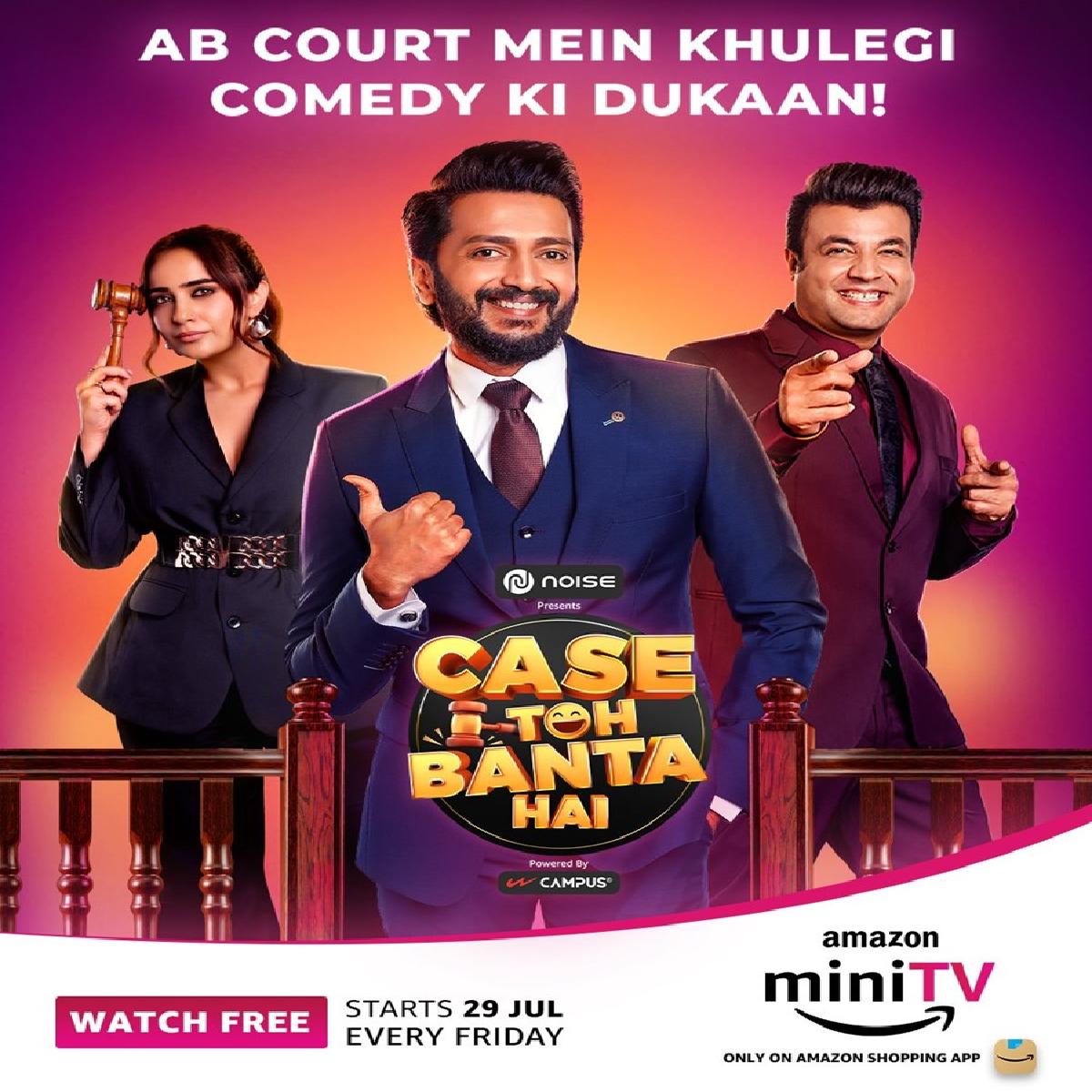 Amazon miniTV announced a comedy show ‘Case Toh Banta Hai featuring Riteish Deshmukh, Kusha Kapila and Varun Sharma.
Produced by Banijay Asia, this one-of-a-kind weekly comedy show Case Toh Banta Hai, will see Riteish as Janta Ka Lawyer, level the most bizarre and hilarious allegations against some of the biggest personalities of Bollywood, who will be defended by their lawyer Varun.

The fate of these guest celebrities will be decided by a judge played by Kusha, whose final word will prevail. Adding a new dimension will be witnesses who will be seen in various avatars. This coupled with Riteish’s signature style as an entertainer and his prowess in the craft of comedy will thoroughly enthral audiences at large.