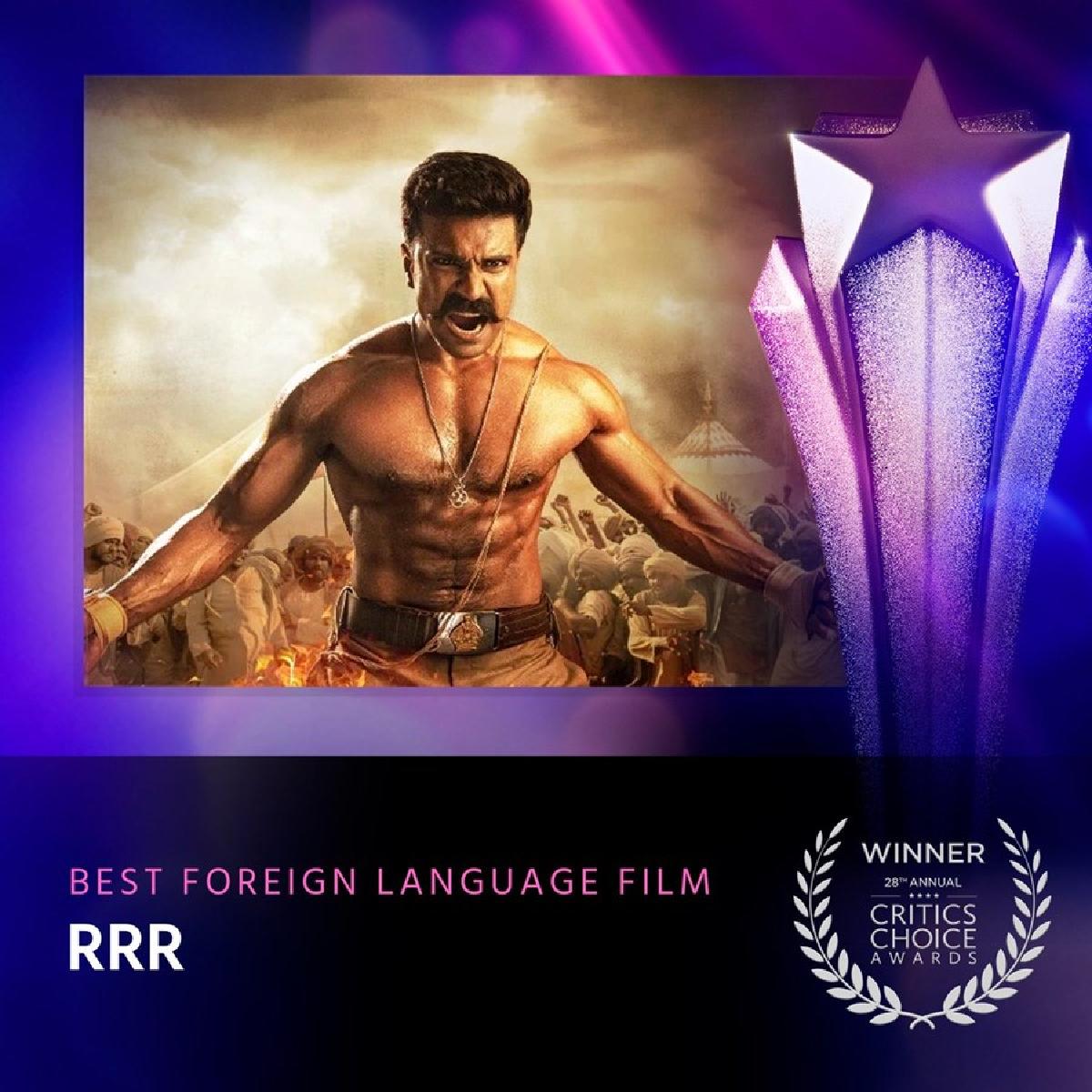 A tweet from the handle of the 28th Critics' Choice Awards read, "Congratulations to the cast and crew of @RRRMovie - winners of the #criticschoice Award for Best Foreign Language Film. #CriticsChoiceAwards"

RRR' was contending against films such as 'All Quiet on the Western Front', 'Argentina 1985', 'Bardo', 'False Chronicle of a Handful of Truths', 'Close' and 'Decision to Leave'.

The official handle of CCA also shared a video post, where SS Rajamouli is seen with the award, the caption read, “Cheers on a well-deserved win @RRRMovie!”

It centres around two real-life Indian revolutionaries, Alluri Sitarama Raju and Komaram Bheem, their fictional friendship and their fight against the British Raj.

Set in the 1920s, the plot explores the undocumented period in their lives when both the revolutionaries chose to go into obscurity before they began the fight for their country.