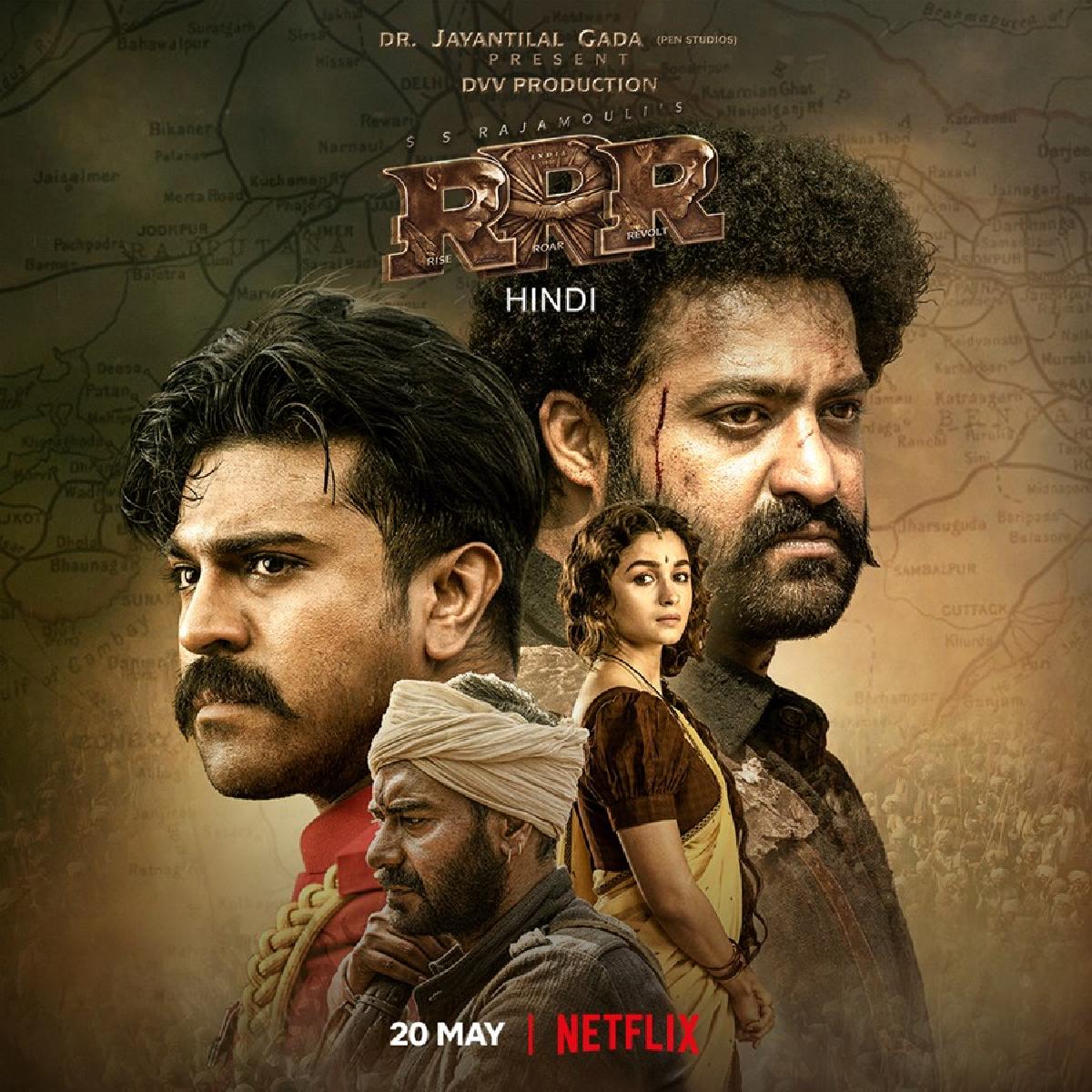 Helmed by SS Rajamouli, the epic tale of RRR created ripples at the box office across the globe is all set for its digital release. The Hindi version of RRR was slated to stream on Netflix from 2nd June but now the streaming starts from tomorrow.

RRR streaming dates have been changed, the film will be available on Netflix within next 24 hours. Sharing the news on social media, the official handle of Netflix India tweeted, “You said you couldn't wait to see them and WE COULDN'T EITHER!! RRR   ARRIVES ON NETFLIX IN JUST 1̶3̶ ̶d̶a̶y̶s̶ ̶ 24 HOURS @NetflixIndia @ssrajamouli @tarak9999 @AlwaysRamCharan @DVVMovies @PenMovies @jayantilalgada @aliaa08 @ajaydevgn”

Bankrolled by DVV Entertainment, featuring Jr. NTR, Ram Charan and Alia Bhatt in the lead characters, had its worldwide theatrical release on March 25, 2022. The film went on to become a national rage and a milestone in the southern entertainment industry.

Set in 1920, the plot explores the undocumented period in their lives when both the revolutionaries chose to go into oblivion before they began the fight for their country.