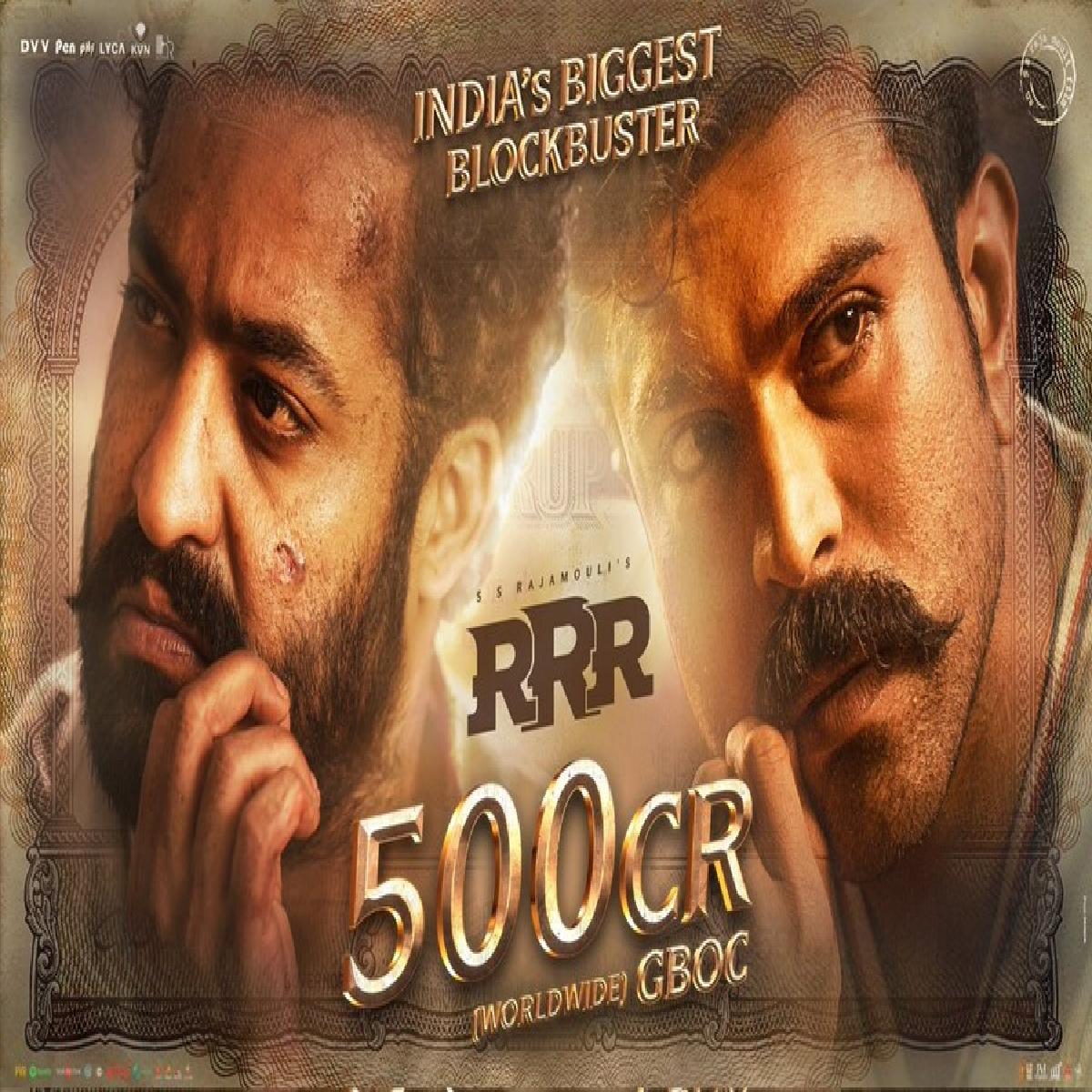 When vision meets creativity, the end result is mammoth and that is exactly SS Rajamouli helmed RRR has proved. The film opened with a bang and positive reviews in cinema halls, and within days of its release has minted 500 Cr.

Expressing his excitement about the positive response of the film, NTR Jr, shared, “Thank You, each and every one, for your unwavering love. Your love, admiration and support is what keeps me going...Enjoy the visual spectacle that is #RRRMovie”

Baahubali director SS Rajamouli has not only surpassed the audience expectations but set a new milestone in Indian cinema. The director tweeted, “Thanks to EVERRRYONE for your thunderous applause for #RRRMovie. Overwhelmed”

The film is set in 1920, the plot explores the undocumented period in their lives when both the revolutionaries choose to go into oblivion before they began the fight for their country.

Mounted a whopping budget of 550 Cr, the film was initially scheduled for theatrical release on 30 July 2020, which has been deferred multiple times due to production delays and followed by the COVID-19 pandemic. The film was released theatrically on 25 March 2022, and opened to positive reviews from the critics with praise for the performances and screenplay.