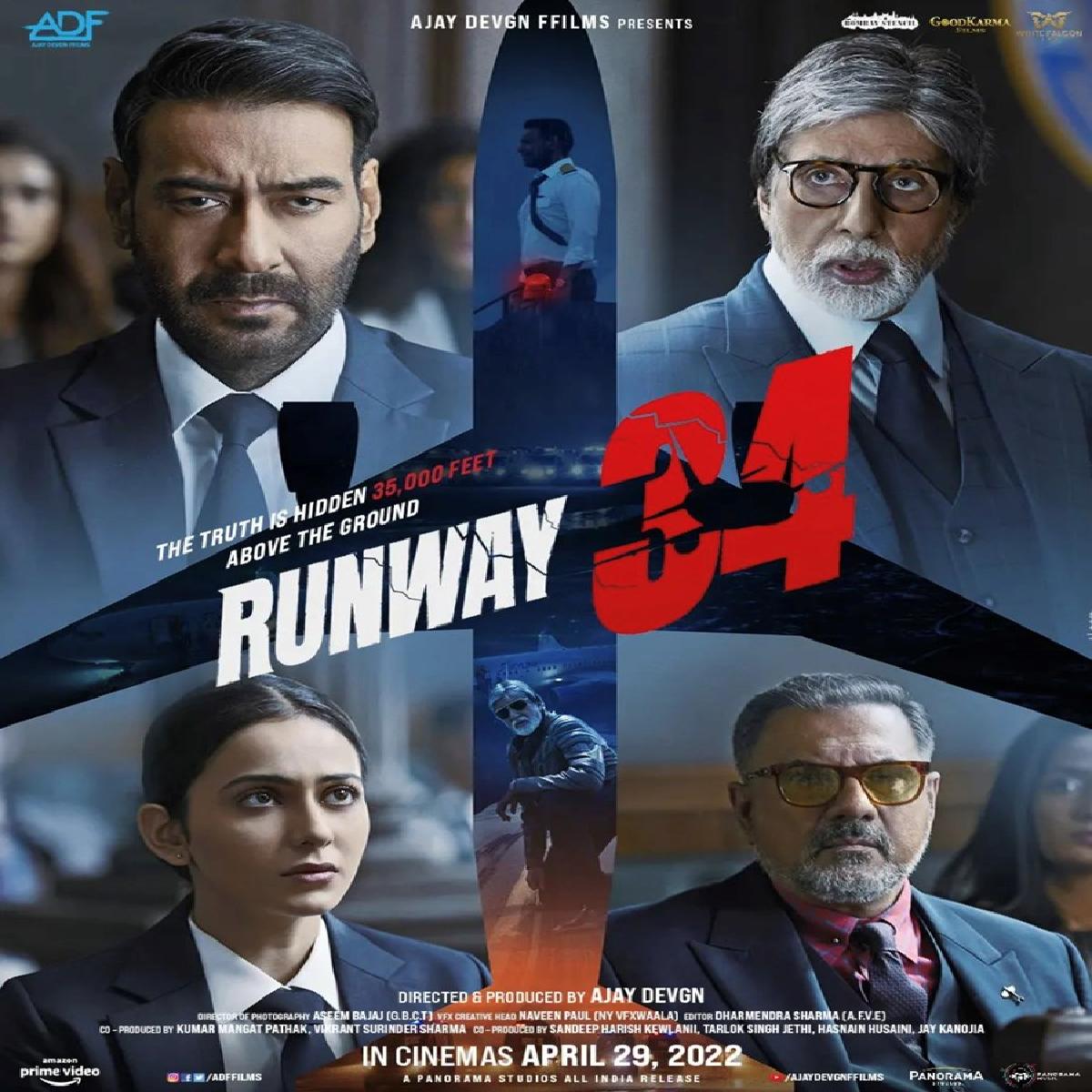 After unveiling the motion posters and release date last week, superstar Ajay Devgn confirms that the first official teaser for aerial drama Runway 34, will be out tomorrow.

Runway 34 is a high-octane thriller inspired by true events. The film is an aerial investigate thriller revolving around a pilot facing an inquiry about an accident. The film also stars Angira Dhar, Aakanksha Singh and marks the debut of popular influencer Carryminati aka Ajey Nagar.

Runway 34 is being co-produced by Kumar Mangat, Vikrant Sharma, Hasnain Husaini, Jay Kanujia, Sandeep Kewlani, and Tarlok Singh. The film will be releasing in theatres on 29th April 2022.

Runaway34 is Ajay Devgn's second film as a director. In 2008, the actor made his directorial debut with U Me Aur Hum, which also features his wife Kajol. The film was also written and produced by Ajay.

Meanwhile on the work front, Ajay Devgn has lined-up a slew of movies for release in 2022, such as RRR, Maidaan, Cirkus, Thank God, Bholaa and Drishyam 2.