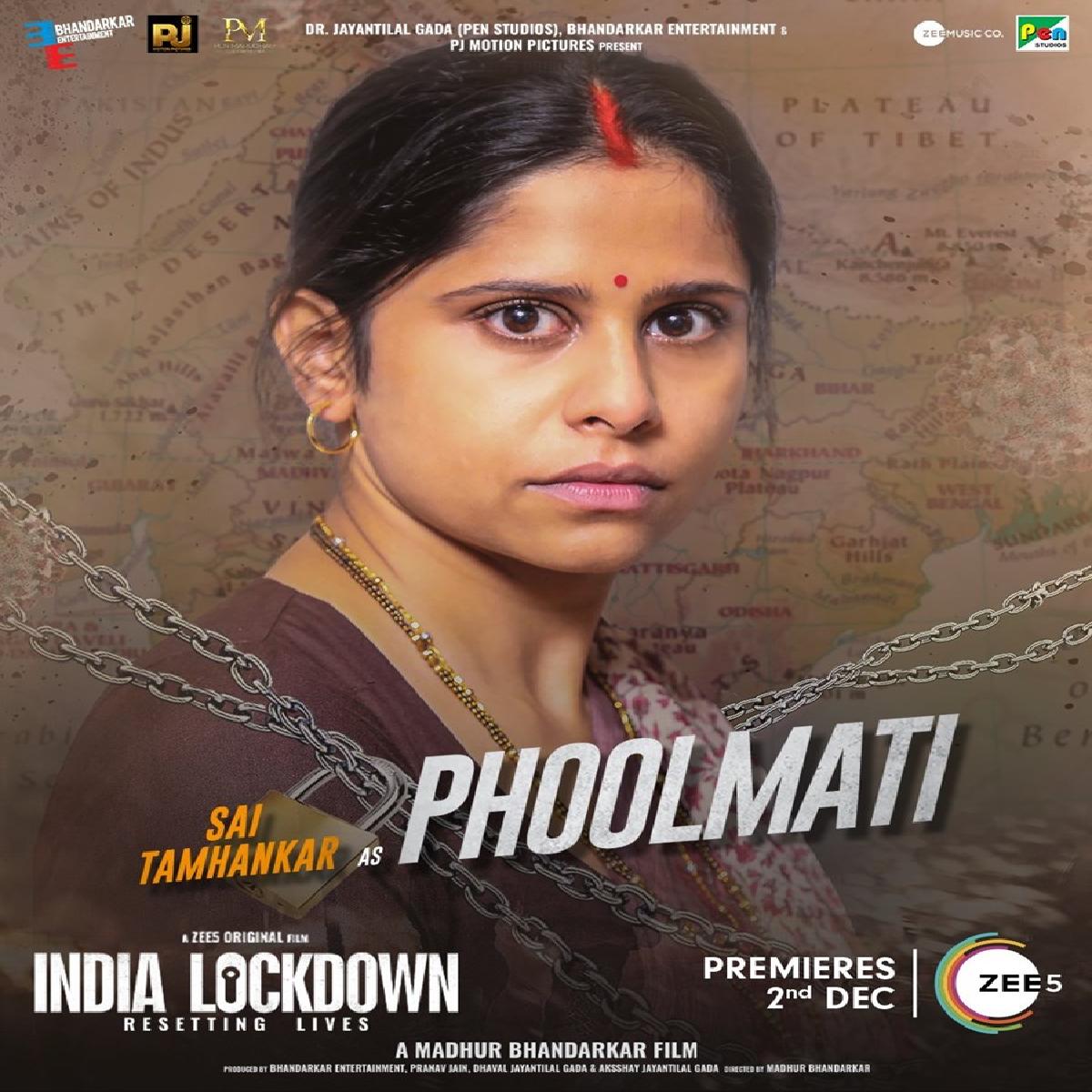 Ahead of its digital premiere, India Lockdown will have its premiere at IFFI Goa, and now the makers of the film drops a stunning character poster for beautiful and talented Sai Tamhankar, she will be playing the role of Phoolmati.

Sai Tamhankar will be seen playing the role of a poor migrant worker, a working class individual, who probably faced the worst of entire lockdown.

Sharing the same, Sai wrote, “Life was never easy for them, and the crisis made it even tougher.  Watch the struggles of the poor and migrant workers in #IndiaLockdown premiering 2nd Dec only on #ZEE5 #saitamhankar #phoolmati #indialockdown #comingsoon”

Directed by Madhur Bhandarkar, the film is inspired by true events. It will depict four parallel stories and the repercussions of the Covid-19 pandemic on the people of India.

The movie features Aahana Kumra, Prateik Babbar, Shweta Basu Prasad and Prakash Belawadi, the film is produced by Jayantilal Gada of PEN Studios, Bhandarkar Entertainment and Pranav Jain's PJ Motions Pictures. The film is set for a direct-to-digital release on ZEE5 on December 2.