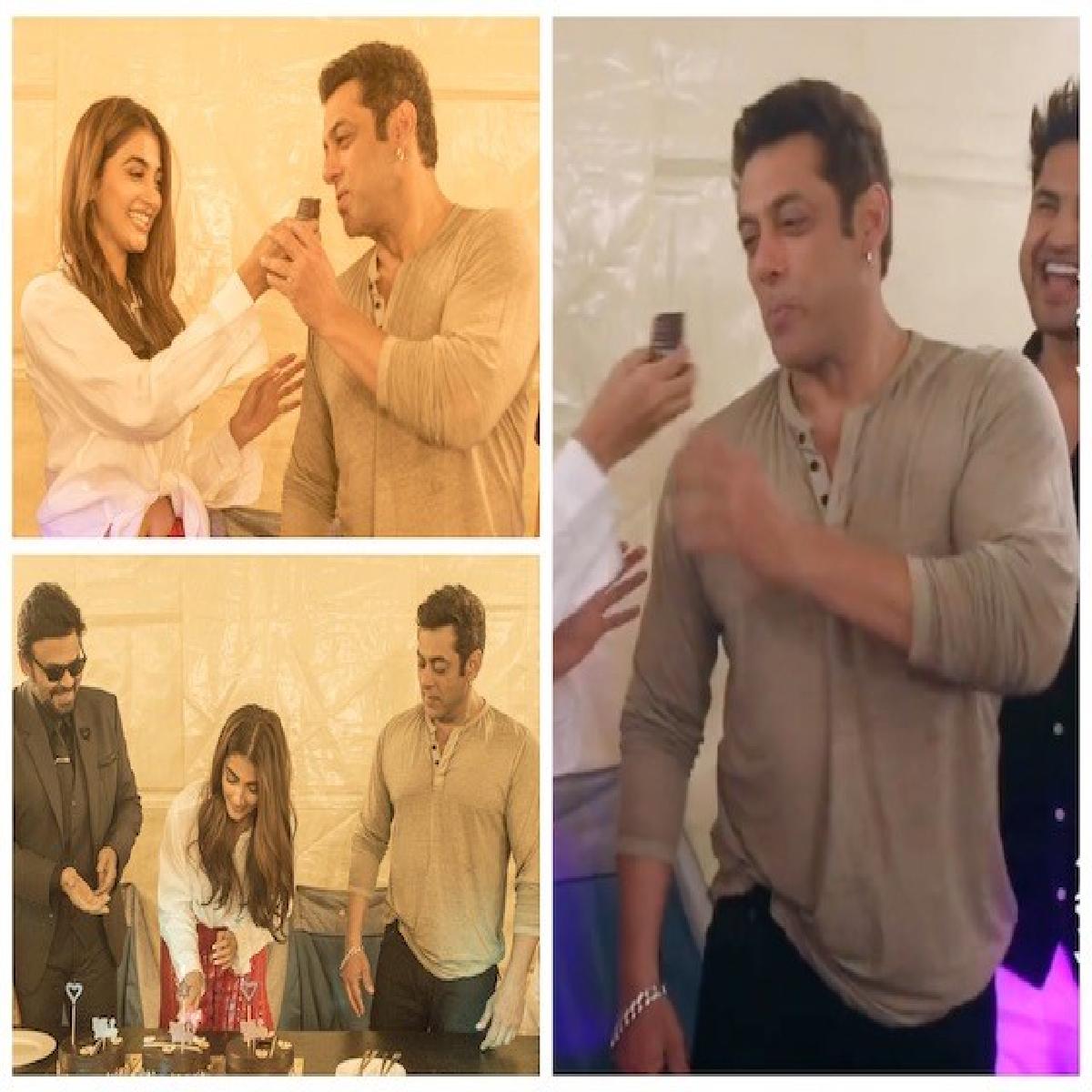 Actress Pooja Hegde who clocked her 32nd birthday on the sets of Kisi Ka Bhai Kisi Ki Jaan, was treated with a cake cutting ceremony with Salman Khan.

While everyone was seen singing the birthday song, it enclosed us with the other cast of the film having a great time together.