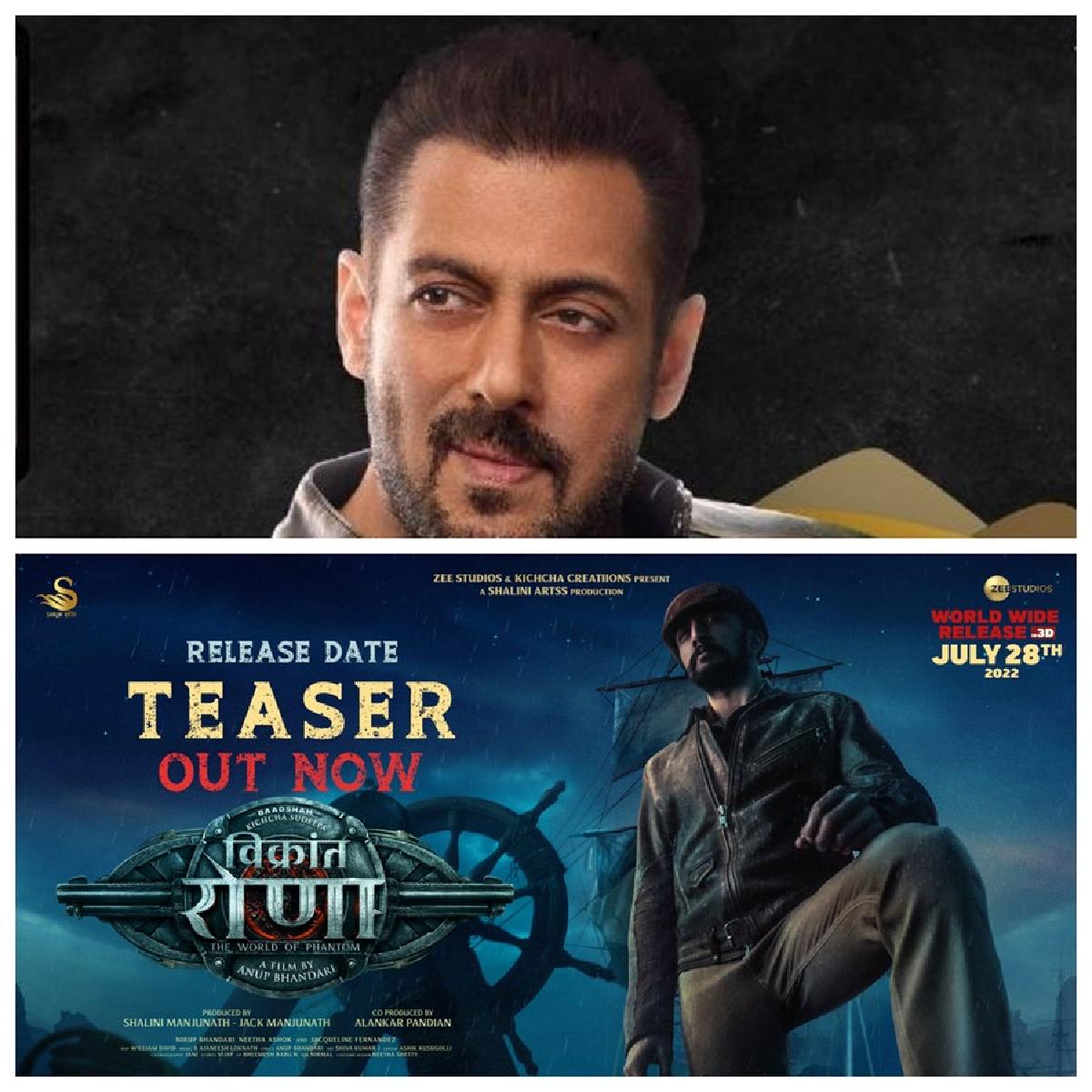 The first official teaser for Vikrant Rona is out, Bollywood superstar Salman Khan shared the Hindi version of the teaser, along with Mohanlal, Chiranjeevi, and Silambarasan unveiled the Tamil, Telugu, and Malayalam versions.

The teaser opens with a bunch of kids in a loft. They find a strange document, which may contain clues to something but they cannot figure it out. They suddenly remember who the story was about: a ‘devil’. We see a ship commandeered by the ‘devil’ himself, aka Vikrant Rona, who is shown as a captain of a ship traversing a sea beneath a stormy sky. The film is slated for the 28th of July 2022 release.

Meanwhile, on the work front, Salman Khan will soon be seen in Tiger 3 along with Katrina Kaif. The film also stars Emraan Hashmi as the lead antagonist.

Salman Khan also has Sajid Nadiadwala’s Kabhi Eid Kabhi Diwali in his pipeline along with Pathaan with Shah Rukh Khan.