Salman Khan Waves At His Fans On Eid 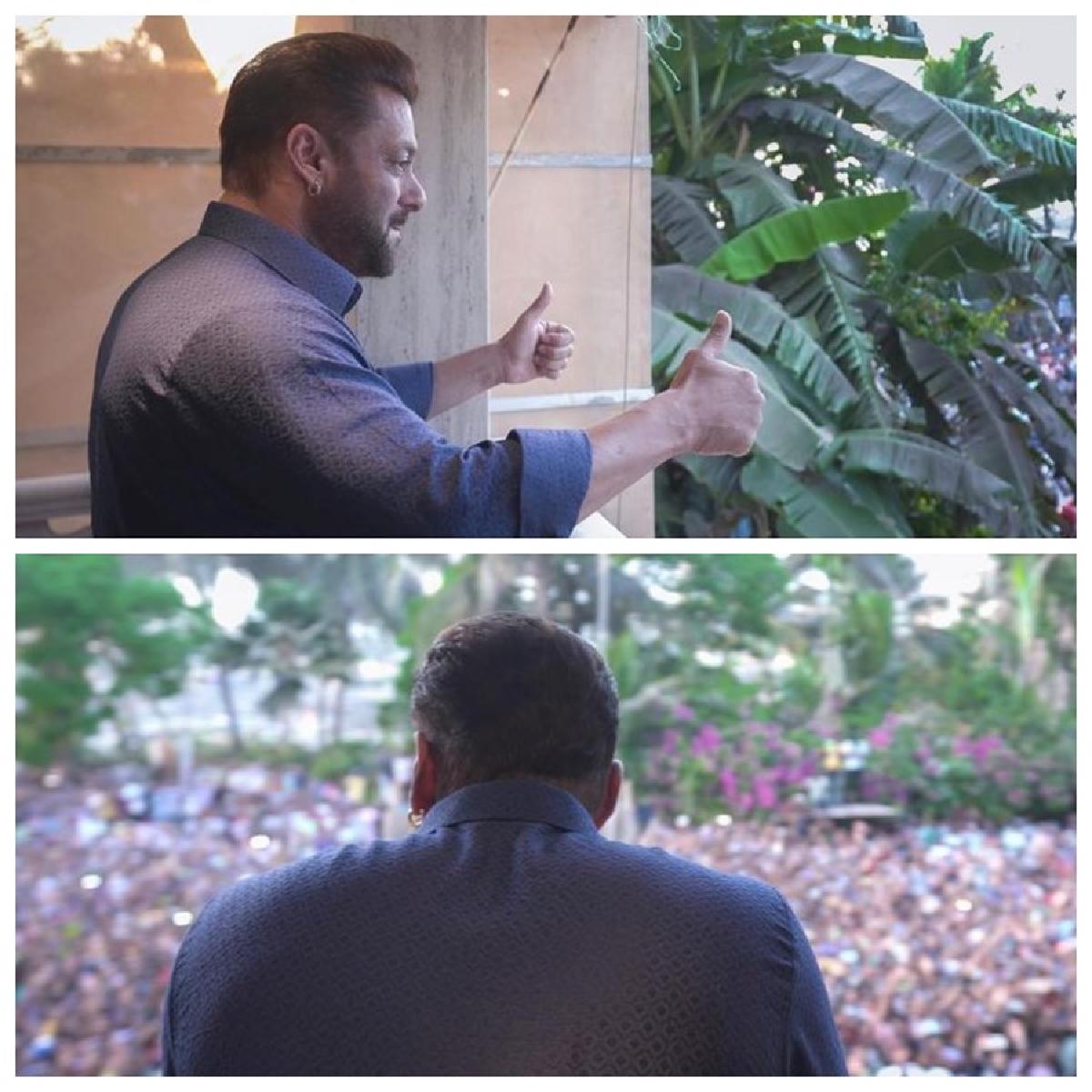 Marking the Eid special for his fans, superstar Salman Khan usually have a blockbuster releasing on the auspicious day, but this time around he appeared on his balcony at Galaxy Apartments in Bandra and waved at his fans.

As a tradition his fans swarmed in large numbers lining outside the superstar's residence, waiting to get a glimpse of the 'bhai' of Bollywood.

Salman appeared on his balcony upon the fans' demand, waving and greeting his fans, who had been waiting patiently to see the actor gracing the occasion of Eid.

Salman took to social media profile and extended warm wishes on Eid, and shared pictures from the special day, captioning the post "Wishing all Eid Mubarak!"

The actor donned a navy-blue kurta and sported a beard similar to his look in the film 'Tiger Zinda Hain.'

Meanwhile, on the work front, Salman is to be next seen in 'Kabhi Eid Kabhi Diwali' alongside Pooja Hegde, Shehnaaz Gill and Ayush Sharma, helmed by Farhad Samji, which is scheduled to release on December 30, 2022.

He is also busy wrapping third instalment of Tiger Zinda Hai franchise with Katrina Kaif and as per reports, it also stars Emraan Hashmi in the lead role.