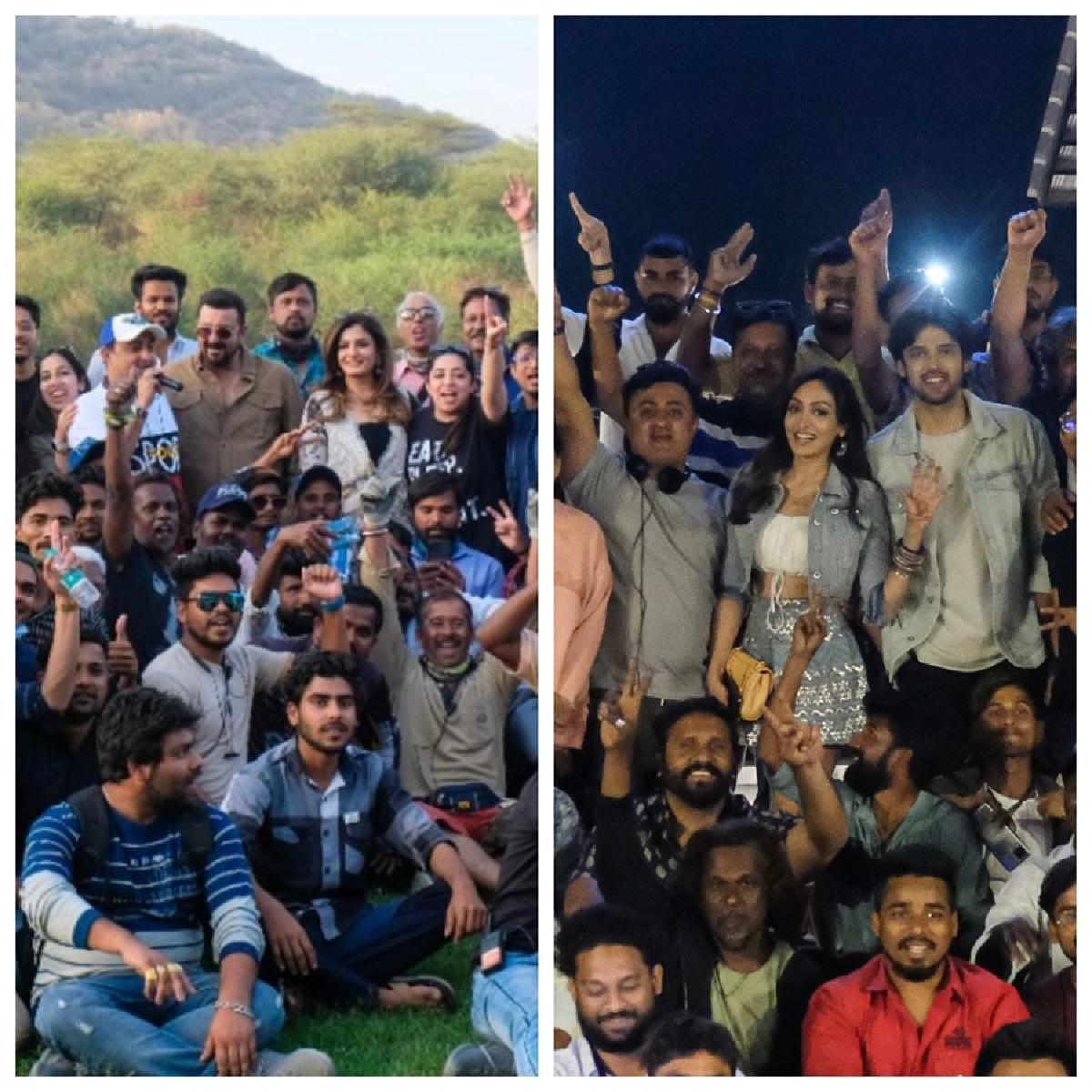 The team kick-started their first outdoor schedule in Delhi and Jaipur, a couple of weeks ago, and now has wrapped the shoot. Sharing the pictures from the wrap-up, the official handle of T-Series films wrote, “Can't keep our excitement down as team #Ghudchadi wraps up the first schedule in Delhi and Jaipur @duttsanjay @officialraveenatandon @khushalikumar @the_parthsamthaan @arunairanikohli @binoygandhi369 #BhushanKumar #KrishanKumar @nidhiduttaofficial @itsmedkb @tseriesfilms @tseries.official @shivchanana @keepdreamingpictures_”

The team shot for 19 straight days and now will kick-starts the second schedule in Mumbai. The film is helmed by debutante filmmaker Binoy Gandhi and it is bankrolled by Bhushan Kumar, Krishan Kumar, Nidhi Dutta and Binoy Gandhi.

The film is touted to be a rollercoaster ride full of fun, romance, and drama, written by Deepak Kapur Bhardwaj and Binoy Gandhi. The film also marks Television actor Parth Samthaan Bollywood debut.

The hit on-screen of 90’s – Sanjay Dutt and Raveena Tandon are also working together in KGF Chapter 2, where Dutt plays the baddie Adhira and Tandon will be playing the role of a politician.

I wanted to thank you for this great read!! I enjoy every little bit of it I have you bookmarked to check out new stuff you post. point of care cna