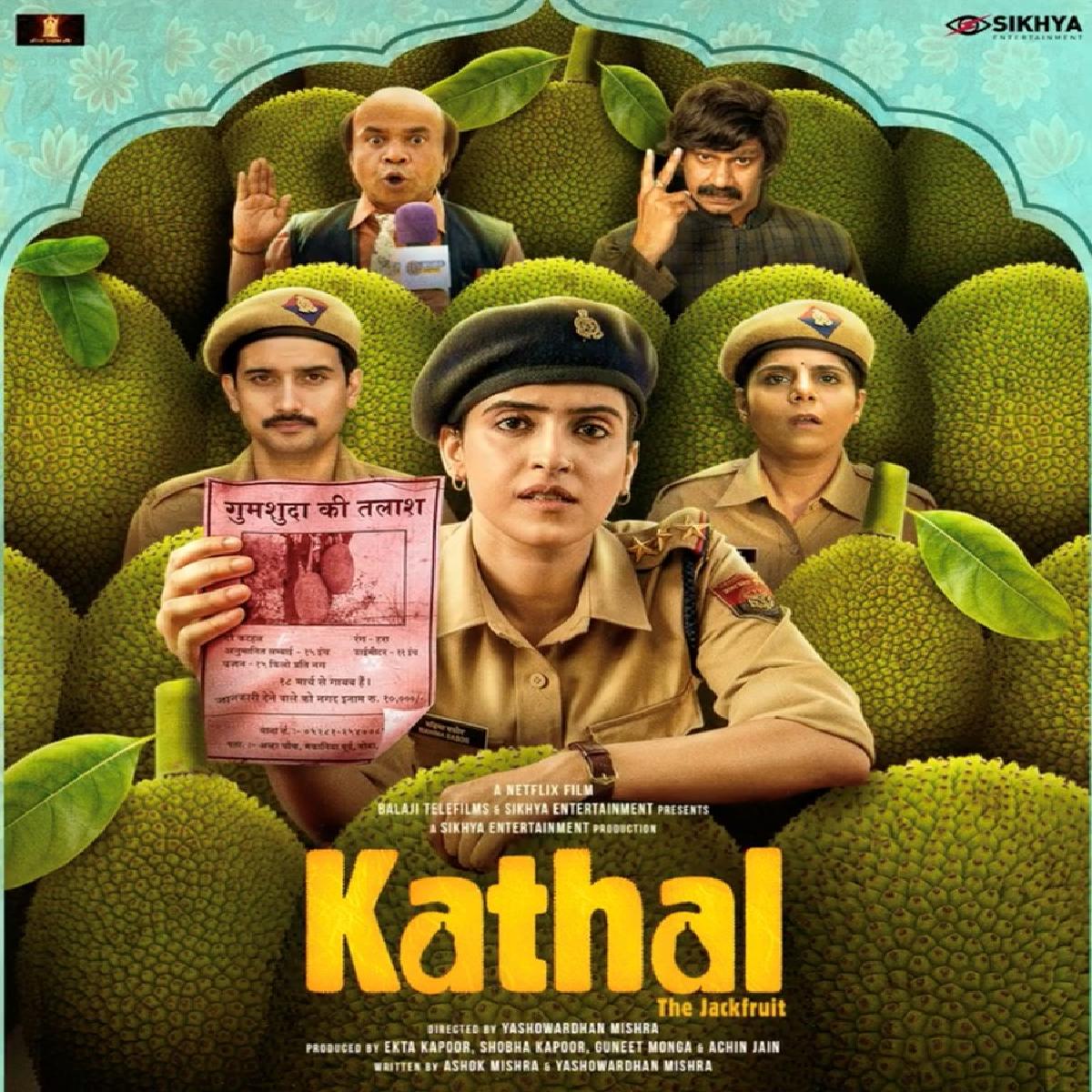 After Ludo, Pagglait and Meenakshi Sundareshwar, actress Sanya Malhotra is returning to Netflix with yet another quirky drama titled Kathal.

Kathal' is the directorial debut of Yashowardhan Mishra, who has also written the film along with the veteran, award-winning writer Ashok Mishra. The quirky comic caper star Sanya Malhotra, Vijay Raaz, Rajpal Yadav, and more.

The official handle of Netflix India dropped the motion poster for the film. The captioin read, “There’s something fishy about these Jackfruits, Can @sanyamalhotra get to the bottom of this mystery? Watch #Kathal to find out, Coming soon! #HarDinFilmyOnNetflix @sanyamalhotra_ @anantvjoshi

The plot of this female-centric dramedy will revolve around a local politician whose prized jackfruits (Kathals) go missing and a young police officer, Mahima, played by Sanya Malhotra, is adamant to solve this bizarre case to prove herself.

Apart from Kathal, actress Sanya Malhotra is currently shooting for her first outing with Shah Rukh Khan, the film is titled Jawan and it is helmed by Atlee.

Sanya is also collaborating with Vicky Kaushal and Fatima Sana Shaikh for Sam Bahadur, helmed by Meghna Gulzar. The film is a biopic based on India’s greatest war hero and first Field Marshall, Sam Manekshaw.

I have read it entirely and got impressed. I love to read more about similar types of articles Like this. Thanks a lot. https://www.systemaniax.com/services/website/