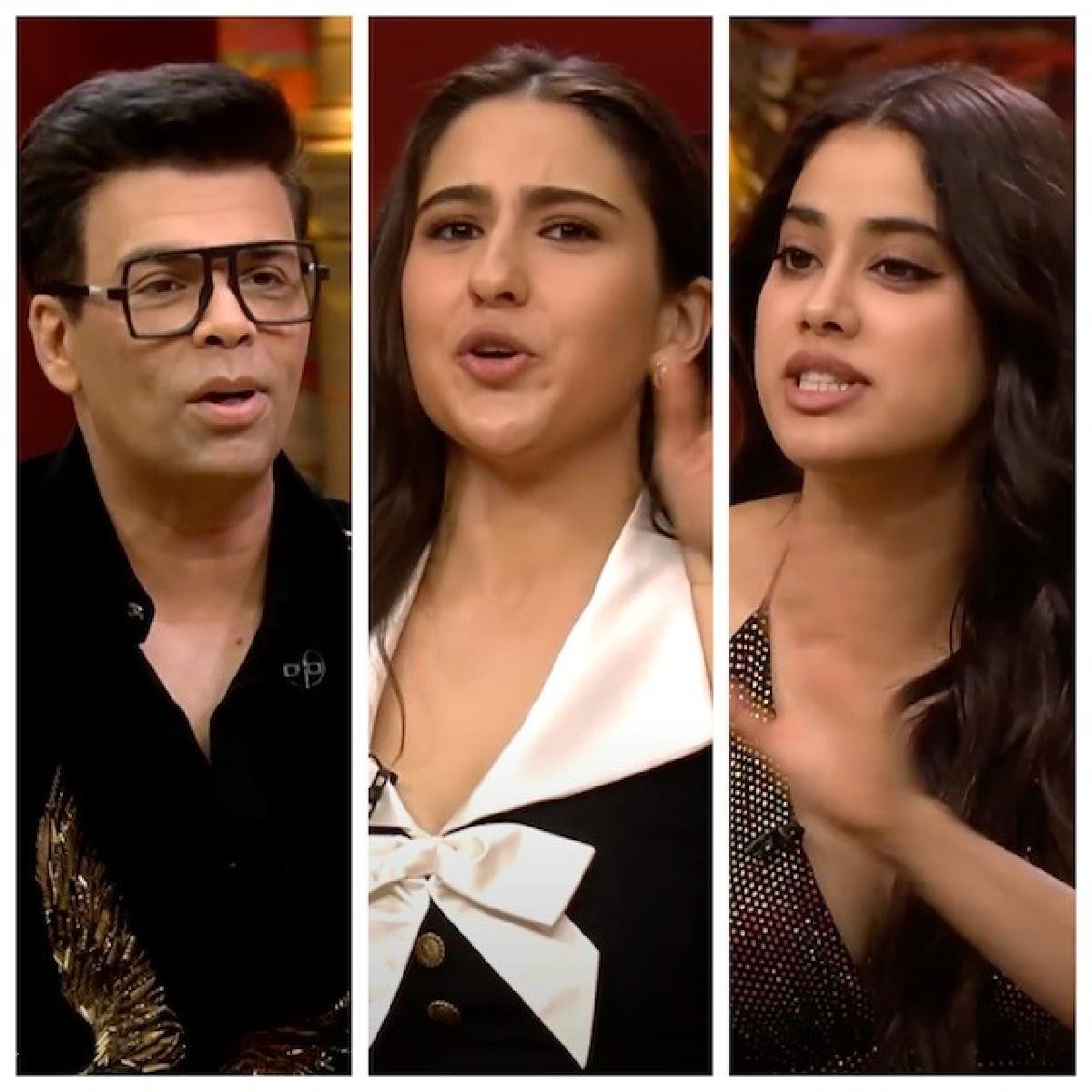 After the debut episode with Alia Bhatt and Ranveer Singh, filmmaker and host Karan Johar unveils a promo for the second episode of Koffee With Karan, featuring Sara Ali Khan and Janhvi Kapoor.

Sharing the promo on his social media profile, Karan Johar captioned it, “Two of my favourite girls at their unfiltered best! Get ready for episode 2 of #HotstarSpecials #KoffeeWithKaranS7 streaming from July 14 on Disney+ Hotstar! @disneyplushotstar @janhvikapoor @saraalikhan95 @apoorva1972 @jahnviobhan @aneeshabaig @dharmaticent”

Episode featuring Sara Ali Khan and Janhvi Kapoor talks about their unusual friendship, dating, and rumoured exes, and lot more.
Koffee With Karan Season 7, the new season of the popular chat show will air from July 7, 2022, on the OTT platform Disney Plus Hotstar and Hulu as welll

Meanwhile on the work front, Sara Ali Khan is bust with two projects, one with Vicky Kaushal and other one with Vikrant Massey titled Gaslight.
Actress Janhvi Kapoor has lined-up four big releases, starting with Good Luck Jerry, and Mili, Mr And Mrs Mahi and Bawaal.