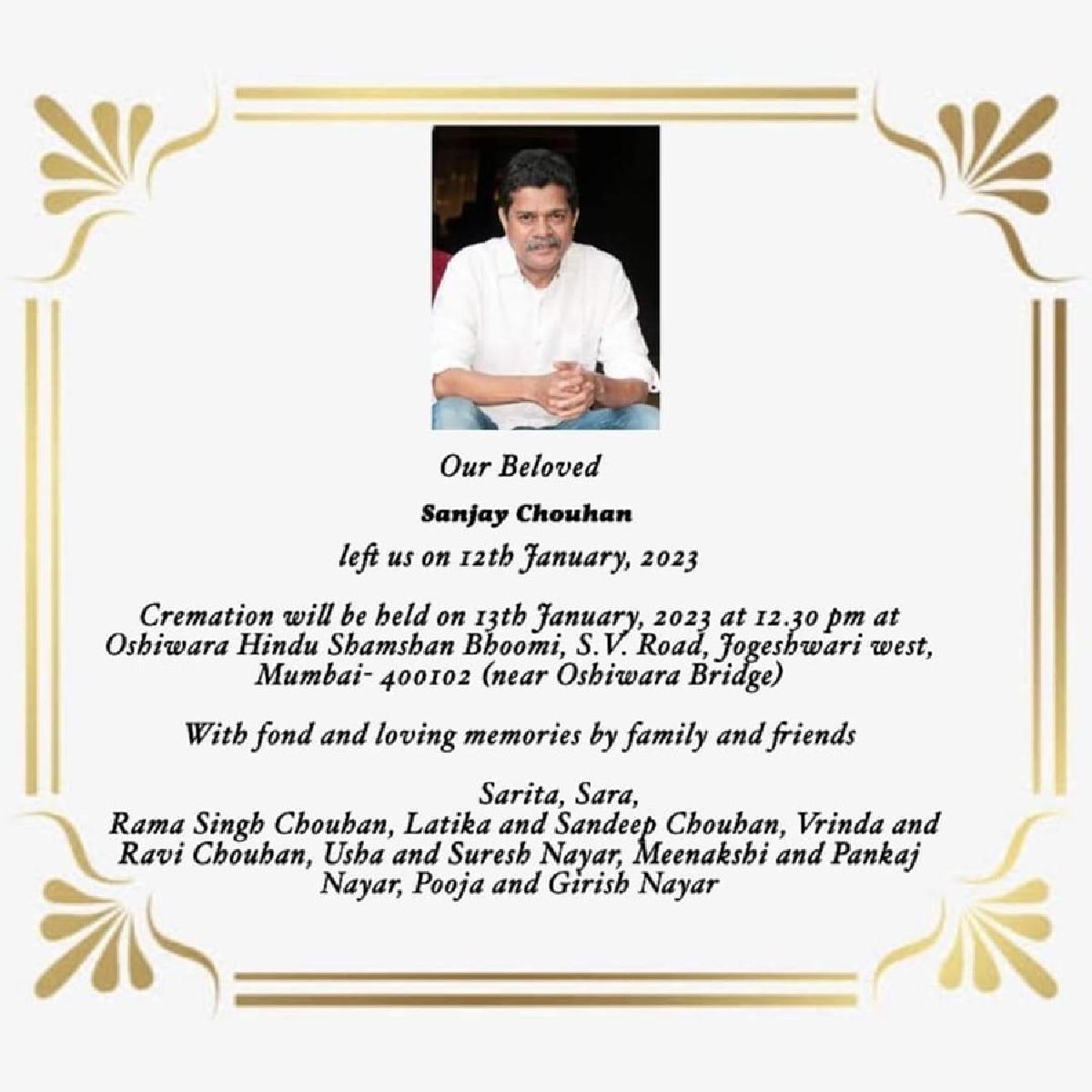 Sanjay was admitted to the hospital for 10 days, where he battled his ailment before passing away. He is survived by his wife Sarita and daughter Sara.

Chouhan took an active part in defending the rights of the writing community as well. He received many honours throughout his career, including a Filmfare Award for Best Story for his subliminal film I Am Kalam (2011).

Chouhan was born and raised in Bhopal, his mother was a teacher, and his father was employed by the Indian Railways.

Sanjay move to Mumbai after penning the 1990s crime drama Bhanwar for Sony television. He also wrote the dialogue for Sudhir Mishra's acclaimed 2003 film Hazaaron Khwaishein Aisi, which is another one of his noteworthy accomplishments.