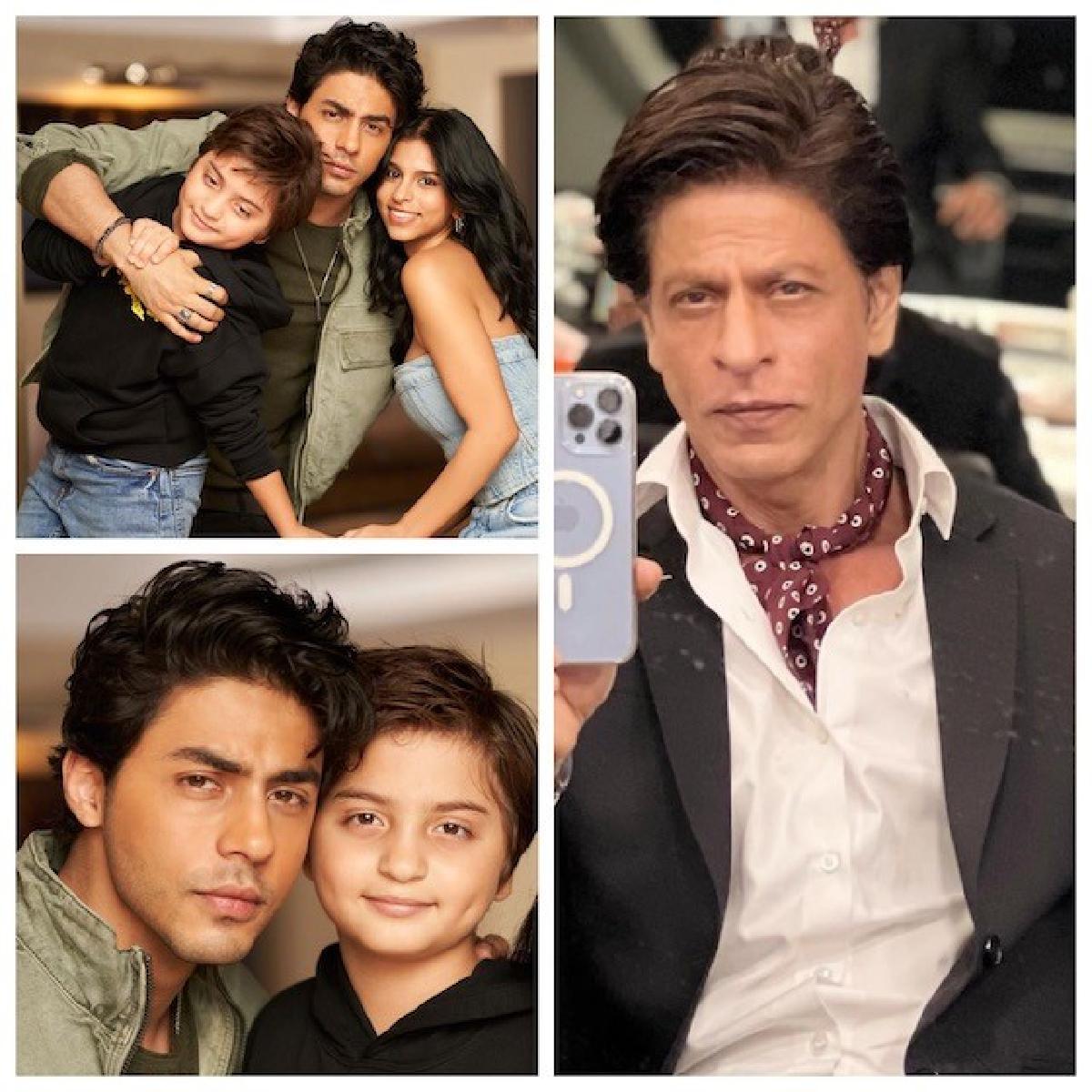 Superstar Shah Rukh Khan is a doting father, and every now and then he proves that he is obsessed with his kids. The actor ask his son, Aryan Khan on social media to hand him over the beautiful pictures of his kids.

Shah Rukh Khan's son Aryan Khan has posted his first social media update since the 2021 drug bust case where he was arrested on charges of possessing banned narcotic substances. Taking to his Instagram, Aryan shared a couple of pictures with his siblings - Suhana Khan and AbRam Khan. He captioned it, "Hat-trick."

Shah Rukh Khan who didn’t have the those pictures of his kdis, took to his social media and commented on the post, “"Why I don't have these pictures!!!!! Give them to me NOW!"

Last year, Aryan Khan landed in legal trouble with NCB, when during a raid on cruise ship he was arrested on the grounds of possession of banned narcotic drugs. He had to spend three weeks in custody before he was granted bail by a Mumbai court.

The NCB gave Aryan a clean chit earlier this year after he was not named an accused in the charge sheet filed in the case.
Meanwhile on the work front, Shah Rukh Khan is making a comeback after his last release, Zero. He is currently busy wrapping Jawan, Pathaan and Dunki.