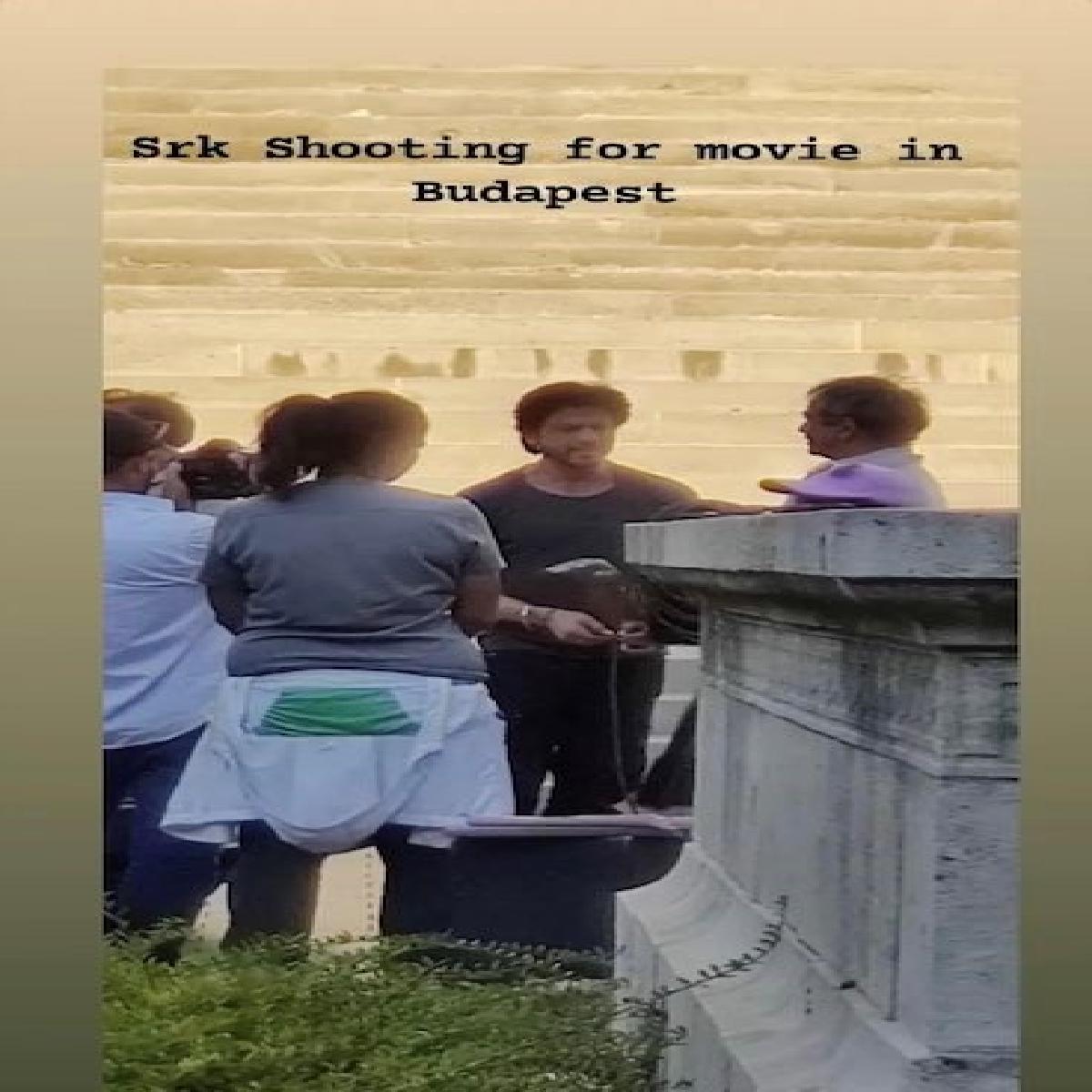 After wrapping the UK schedule of Dunki, superstar Shah Rukh Khan and filmmaker Rajkumar Hirani are shooting in Budapest, and there is new picture which has been leaked on social media, driving the netizen crazy.

Someone has leaked a picture of superstar Shah Rukh Khan from the sets of Rajkumar Hirani’s upcoming film ‘Dunki’ in Budapest. The actor looks dapper in an all-black ensemble, engaged in a conversation with the director, even as the rest of the crew mill around them.

‘Dunki’, which is slated to be released in theatres on December 22, 2023, and is being billed as an “emotional romantic comedy”, is said to be about a Punjabi boy who emigrates to Canada.

Shah Rukh’s wife Gauri Khan is also associated with the production of this film. Actress Taapsee Pannu is the leading lady in the film, it will mark her first ever outing with Shah Rukh Khan.