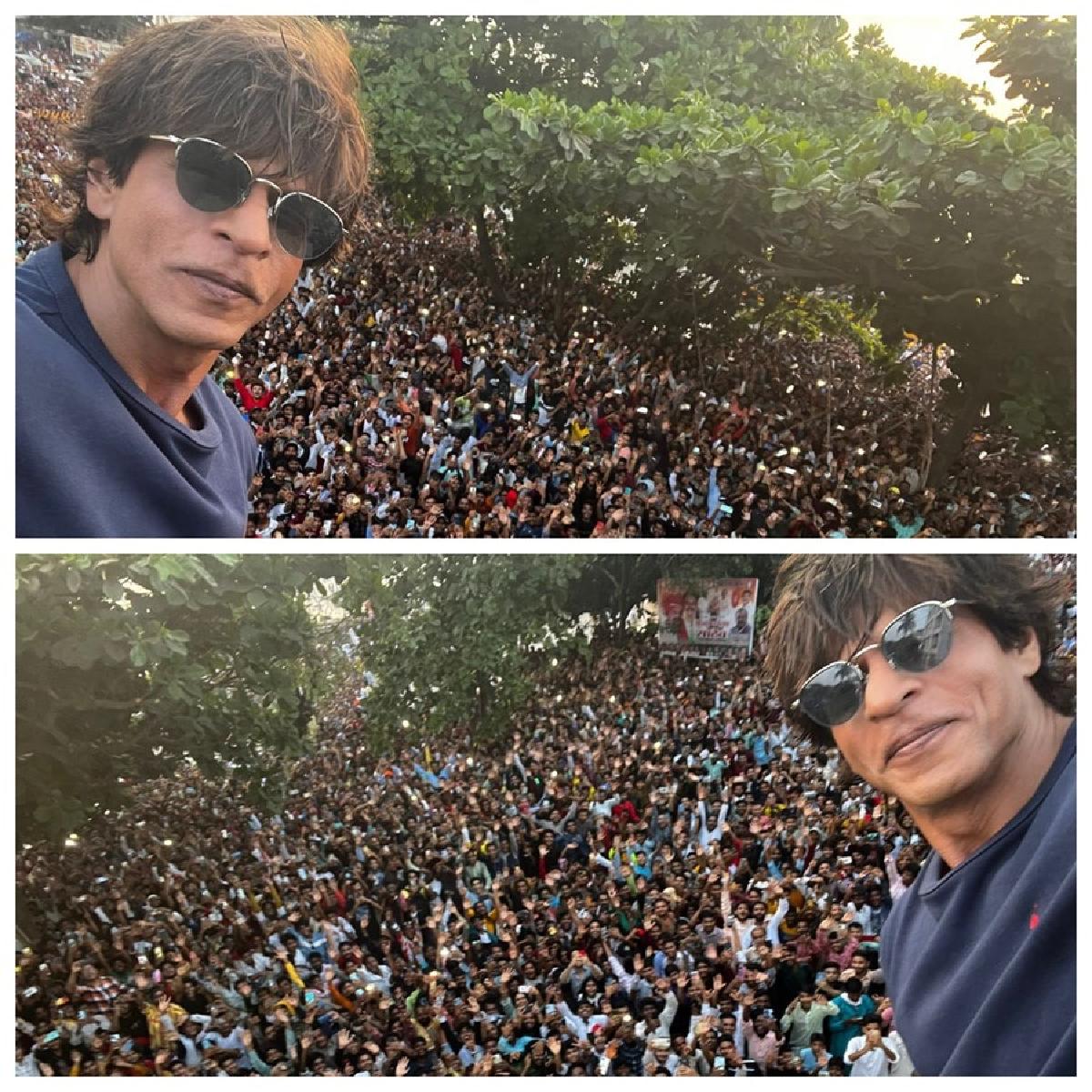 After a long gap of 3 years, Superstar Shah Rukh Khan celebrated Eid with his fans. The actor appeared on his roof top and struck his iconic pose for the thousands of his fans gathering outside his residence 'Mannat' in Mumbai.

SRK waved and posed for the fans gathered in front of his house where people were waiting to get a glimpse of their favourite star who has been playing larger-than-life characters in his films.

Wishing his fans on the auspicious occasion of Eid, Shah Rukh Khan took to his social media and shared, "How lovely to meet you all on Eid.... May Allah bless you with love happiness and may the best of your past be the worst of your future. Eid Mubarak!!"

The actor can be seen wearing a purple-shade t-shirt paired with light blue denim jeans, and classy black sunglasses, clicking a selfie with thousands of his loyal fans.

Meanehile on the work front, Shah Rukh Khan will finally make his Bollywood comeback after 4 years with 'Pathaan' releasing on January 25, 2023.

He has also announced his first outing with Rajkumar Hirani, titled 'Dunki' which is to be released on December 23, 2023