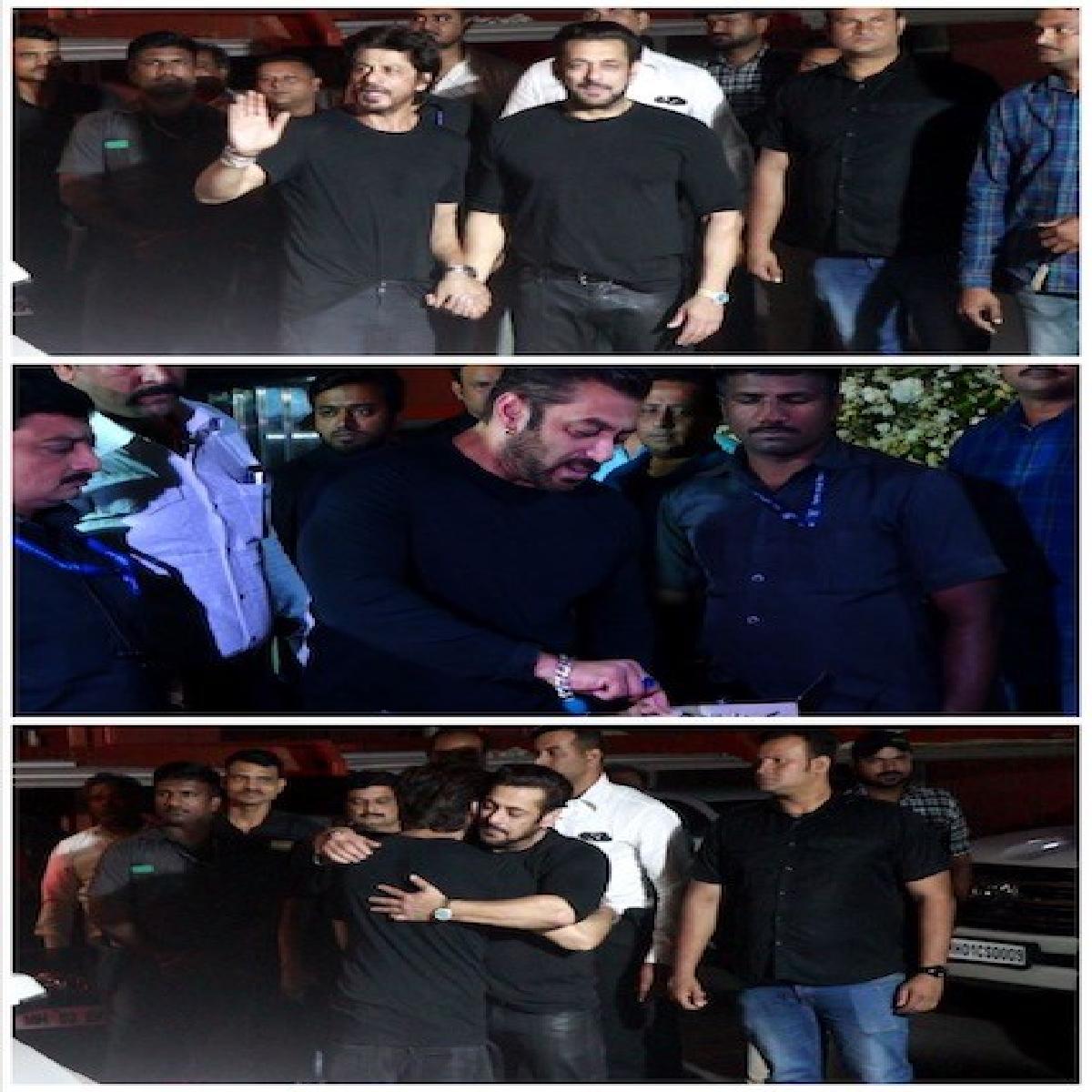 Superstar Salman Khan rang in his 57th birthday by throwing a big party at Arpita Khan Sharma's residence in Mumbai, which was attended by several Bollywood celebrities including Shahrukh Khan.

Salman Khan was spotted at the venue in an all-black ensemble and was seen starting off his bash by cutting a cake with the paparazzi. His birthday bash saw his family and close friends from the industry.

The megastar was spotted in a black t-shirt with black jeans, and after cutting the cake with the media, he thanked them all for their love. A lot of his industry buddies showed up to celebrate his special day with him. Salman's sister Arpita Khan came in with her husband Aayush Sharma.

Salman Khan was spotted dropping off SRK to his car and the duo was seen sharing a warm hug. The superstars happily posed together for the shutterbugs. Matching to the theme of the party, the duo was seen in all-black attires.

Salman Khan is also reuniting with Katrina Kaif for 'Tiger 3.